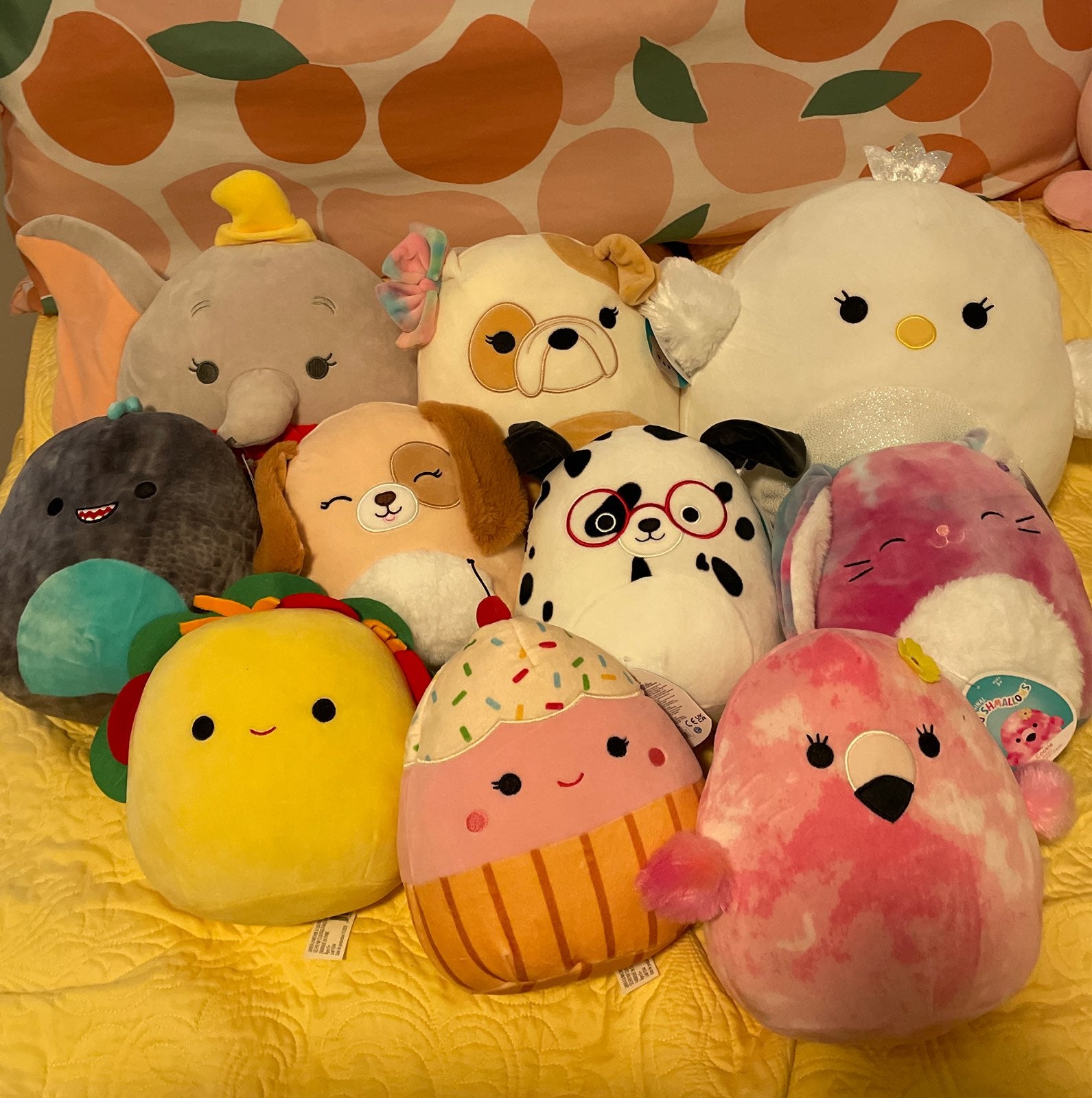 Squishmallow bundle including:
12 inch Alyssa the Swan
11 inch Davitta the Bulldog
10 inch Disney Dumbo
8 inch Chuey the Dinosaur
8 inch Tex the Taco
8 inch Harrison the Dog
8 inch Dustin the Dalmatian
8 inch Ryder the Bunny
8 inch Clara the Cupcake
8 inch Cookie the Flamingo
All are from a smoke free home have all tags attached, used as display only
Willing to split up and can send additional pictures :)

Who: Baker Institute Director Edward P. DjerejianVANS DISNEY MINNIE MOUSE,James A. Baker III. Marc and Debra Tice will accept the award on behalf of their son and deliver remarks.