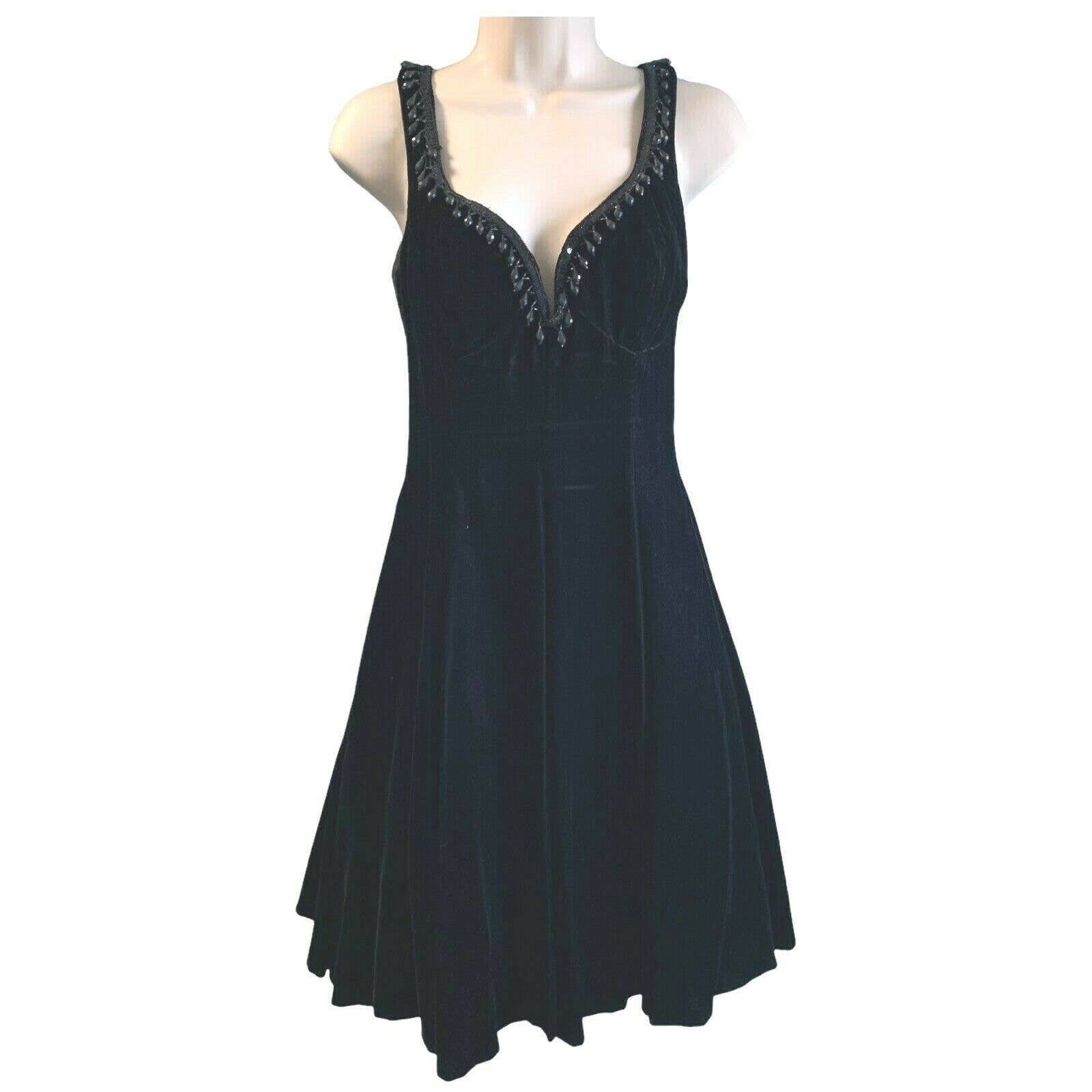 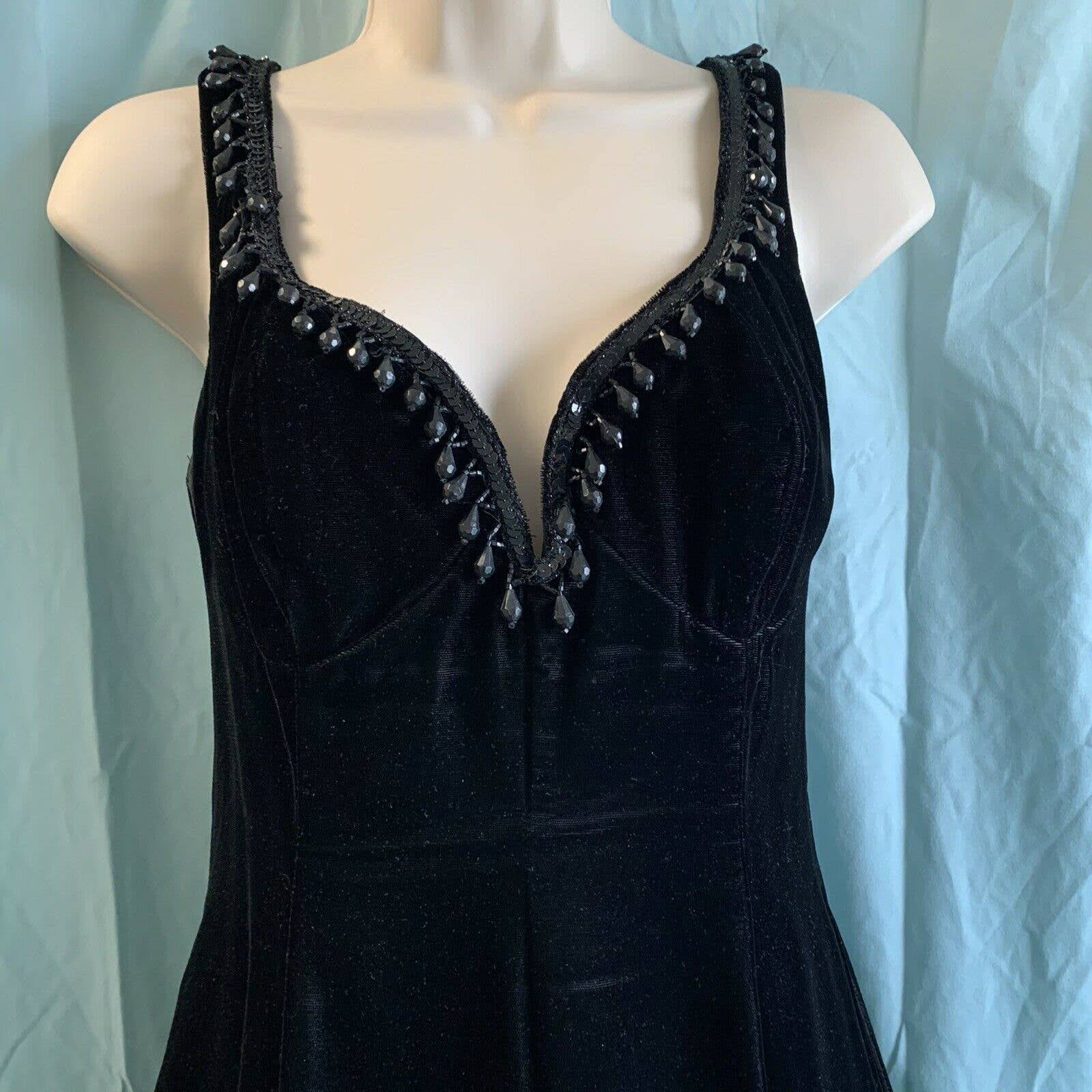 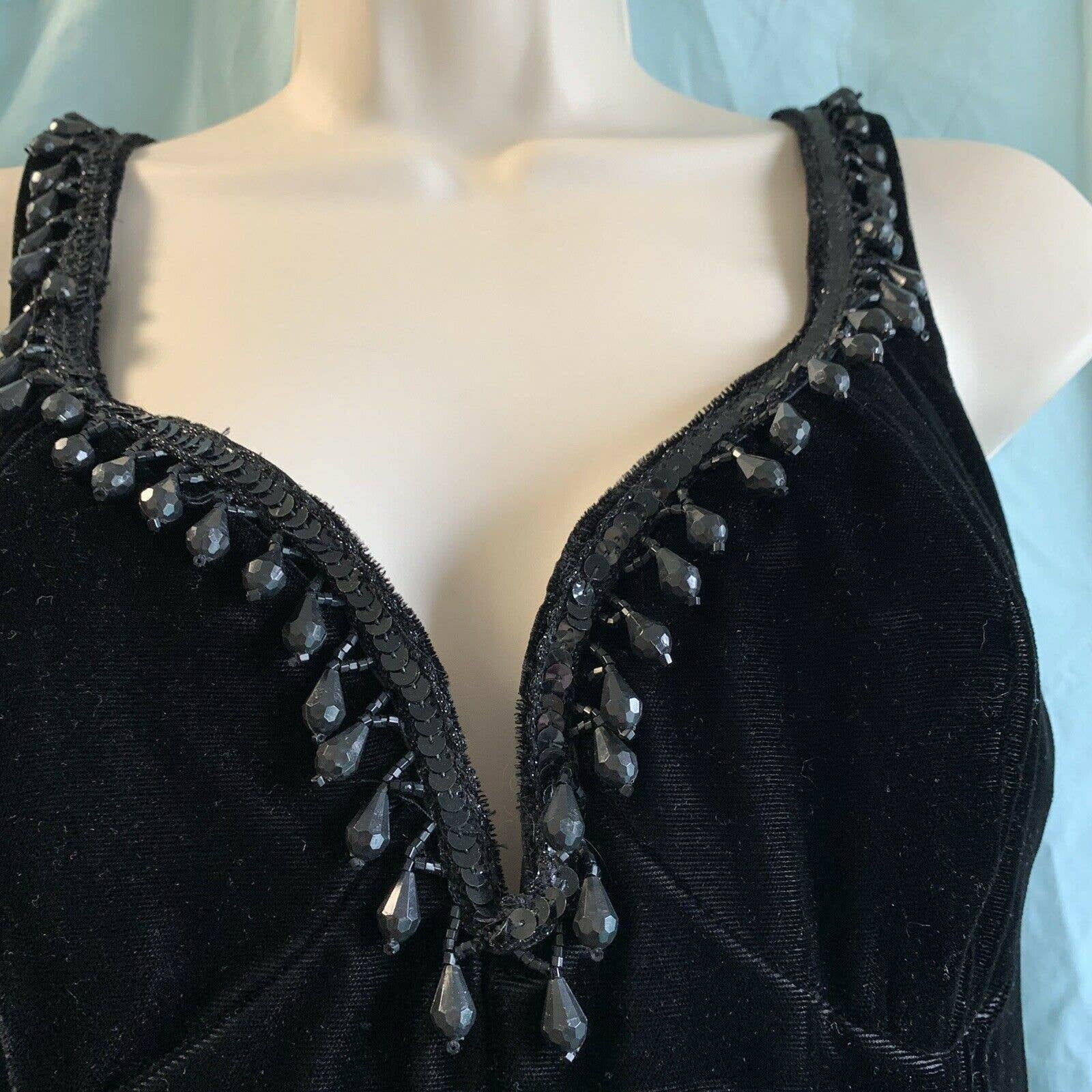 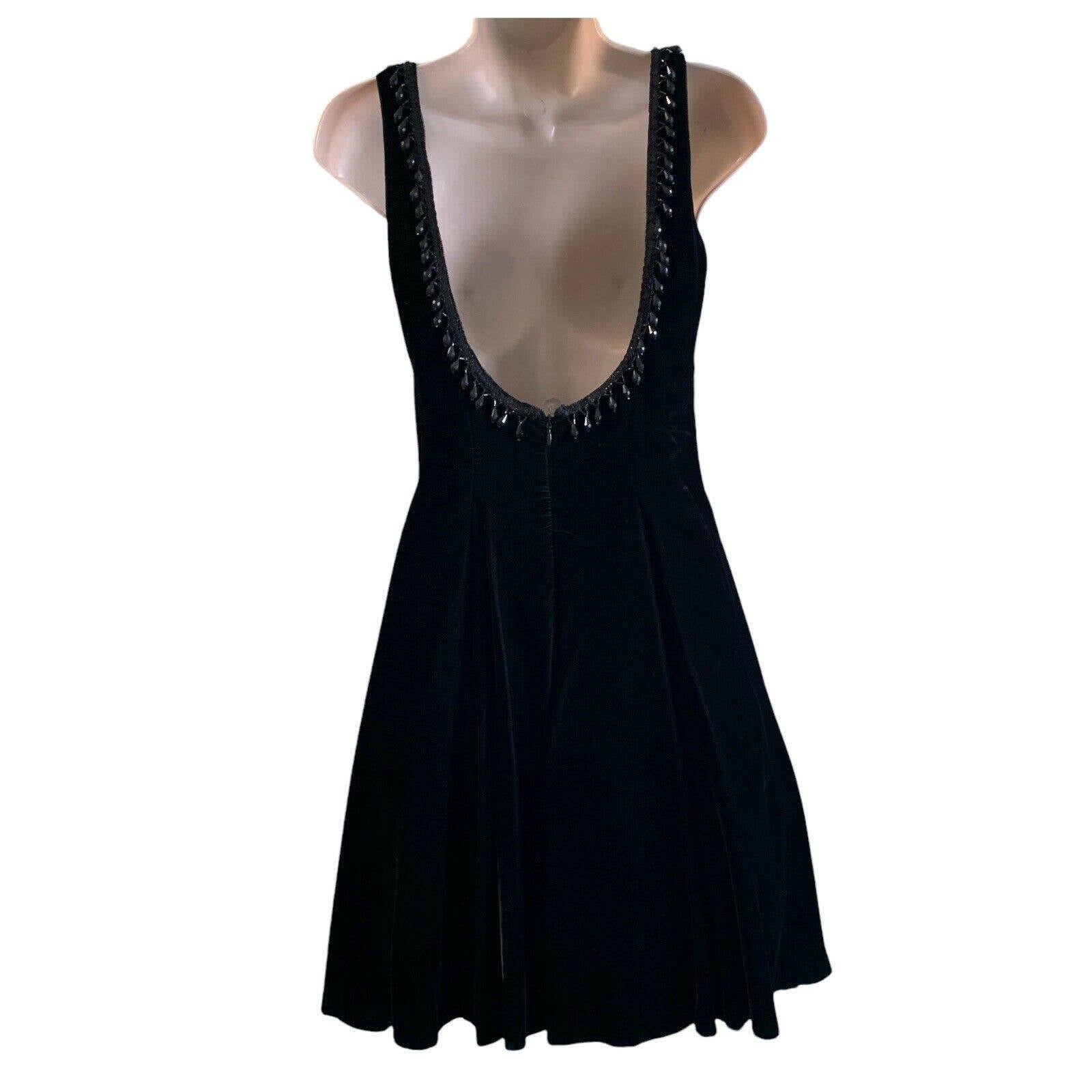 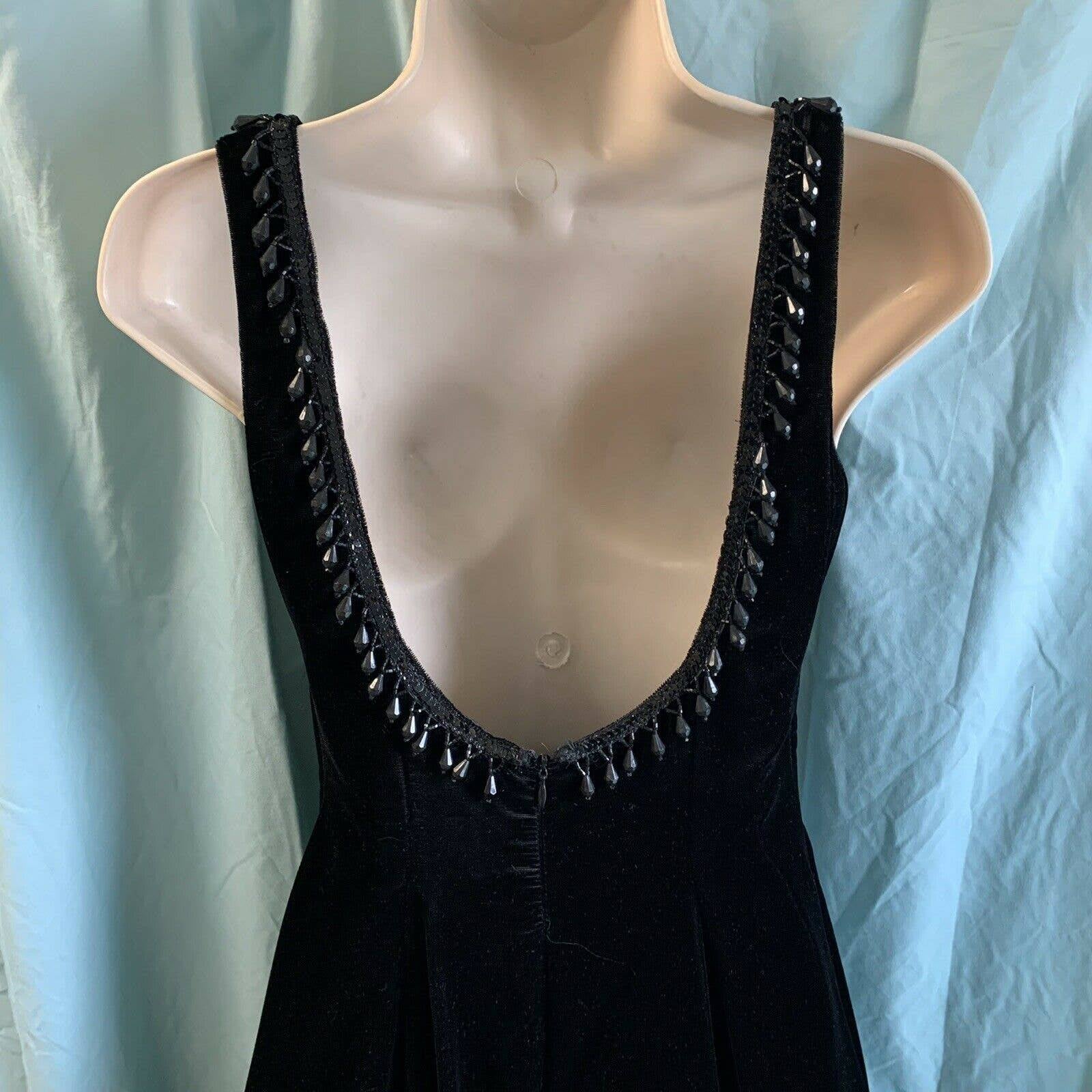 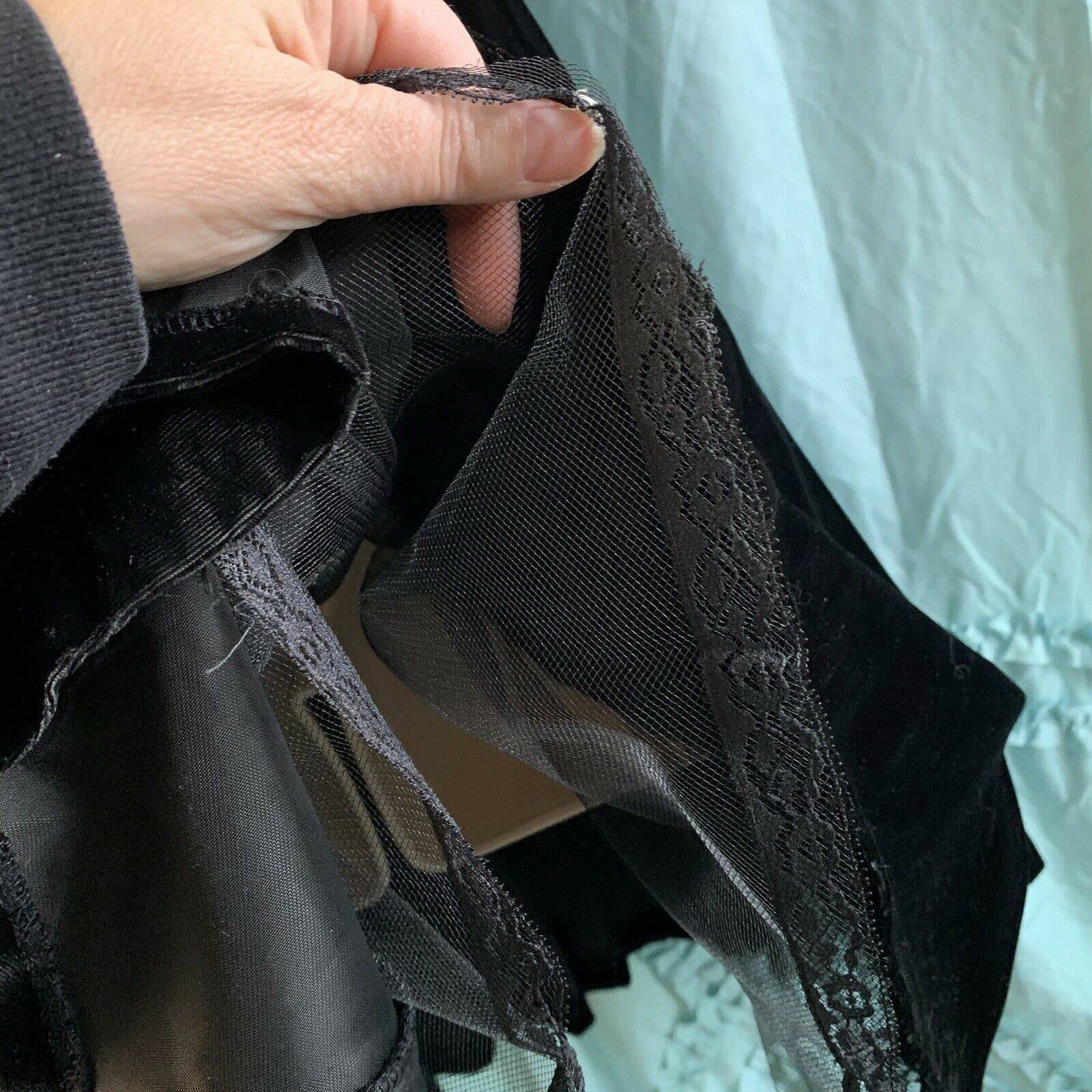 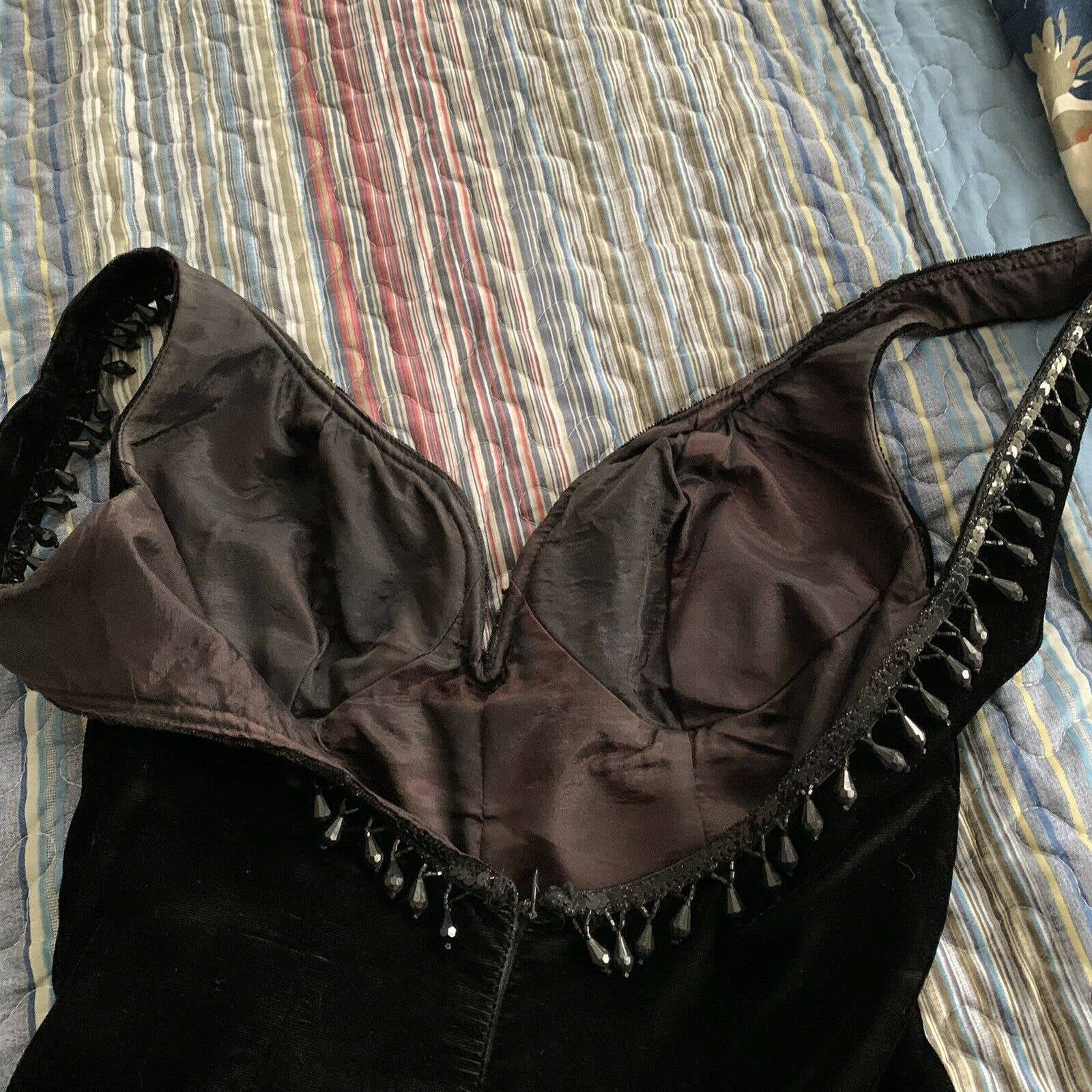 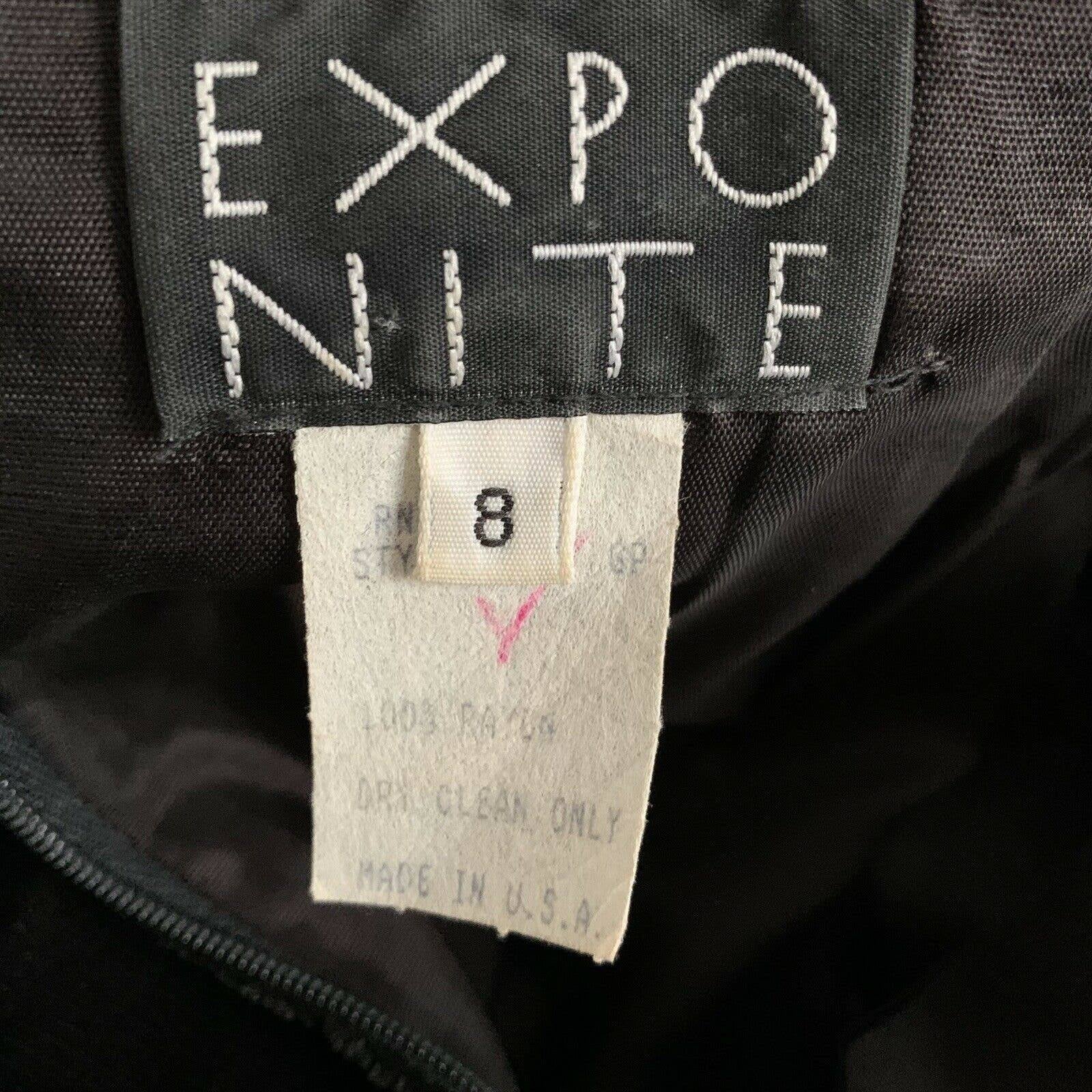 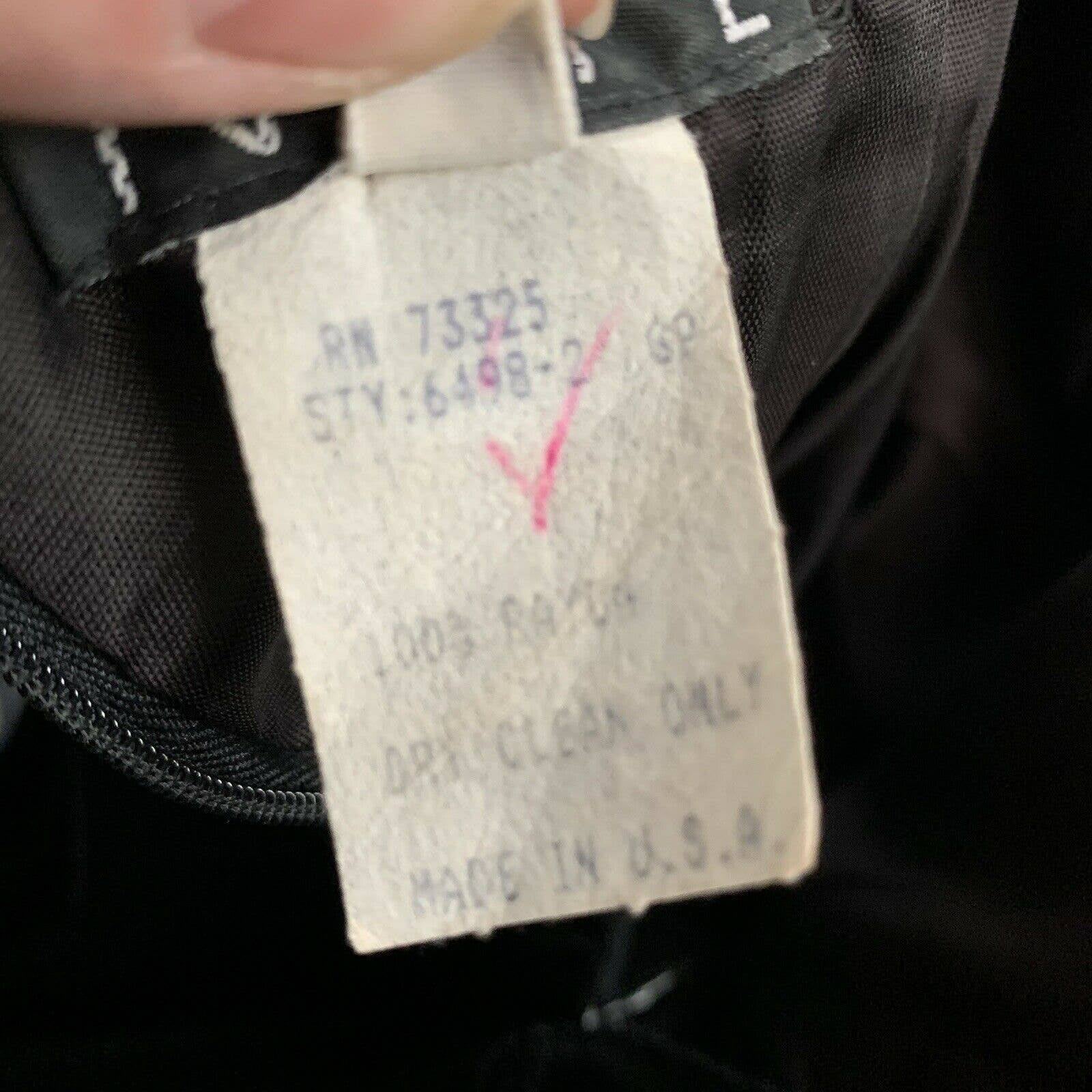 Vintage
1980's
Expo Nite
Black Velvet
Sleeveless Dress
Pictures don't do this
gorgeous dress justice
Deep Sweatheart Neckline
and Scooped Back
Trimmed front & back with
Large Black Beads and
Sequins
Back Zipper
Tulle Underskirt Helps Dress Retain
a Bit of Flared Shape -
Perfect "Twirling" Dress!!
100% Rayon Velvet
Tagged Size 8 - but it is a vintage 8
which is not like today's size 8 --
Please go by the following measurements
to see if it will work for you
13" shoulder to shoulder
15" armpit to armpit
13" across waist
20" across hips
37" long

Please see all photos for best representation of description

Ships within 48 hours (often same day) from a smoke free home using my choice of USPS, FedEx or UPS 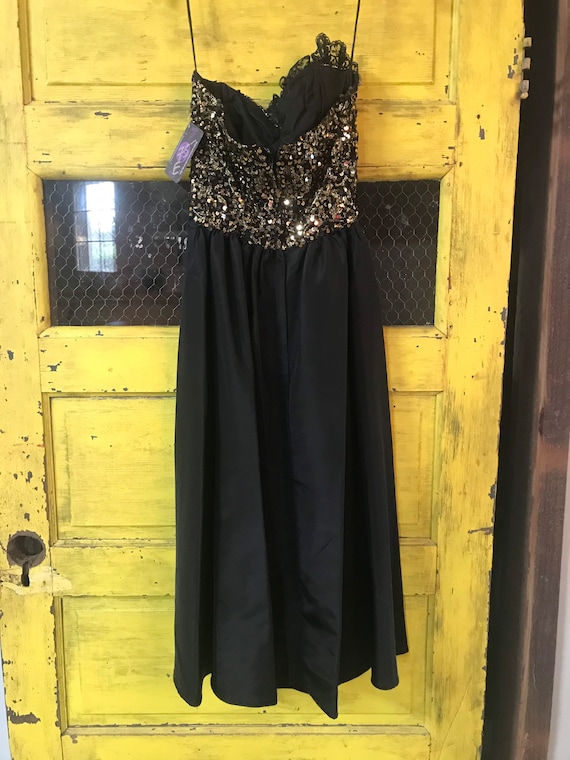 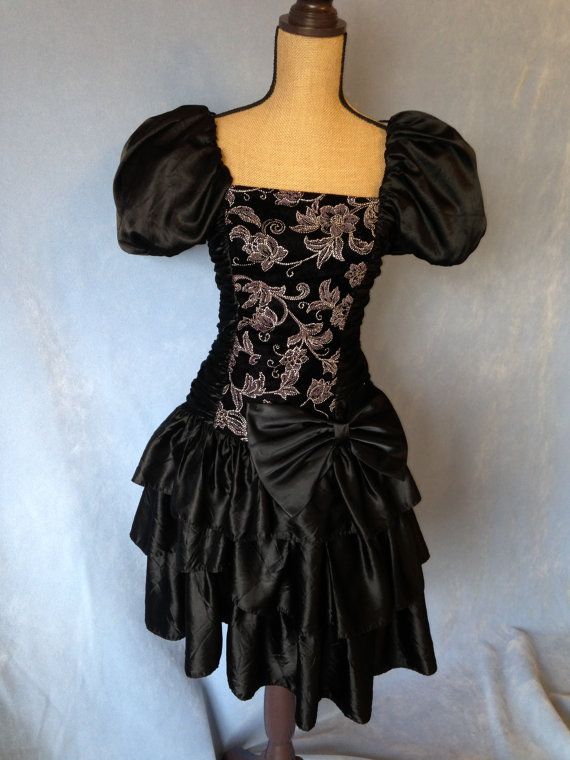 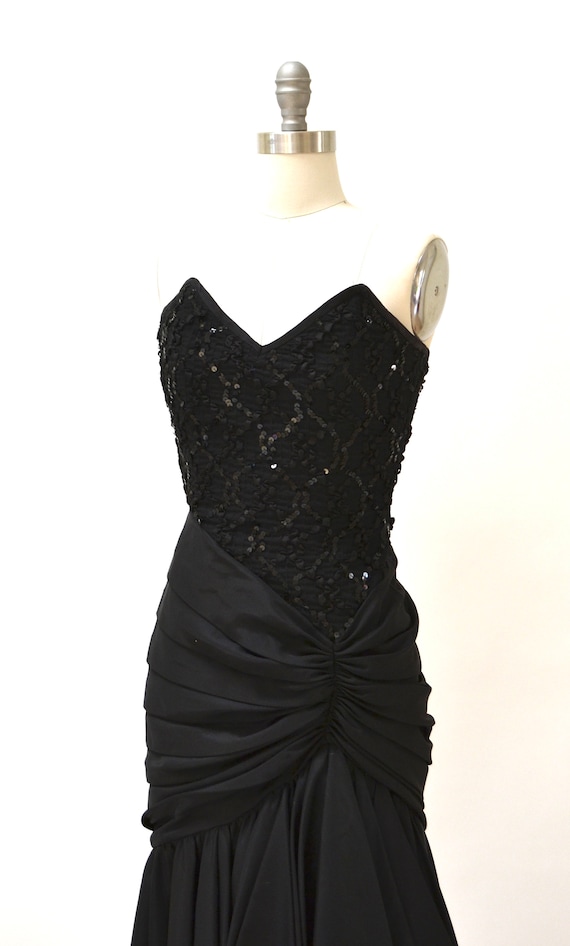 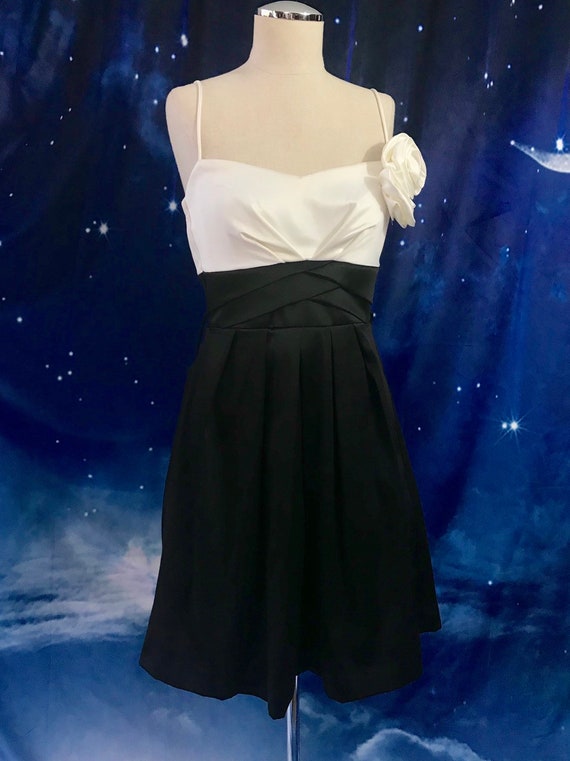 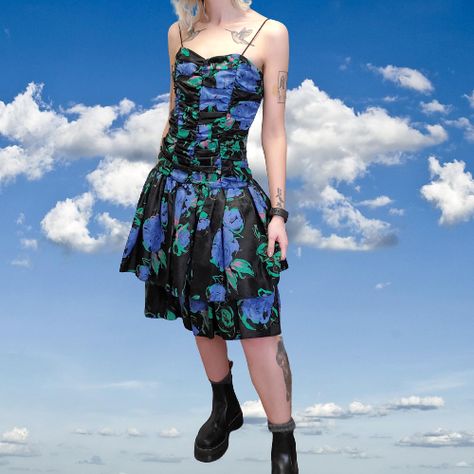 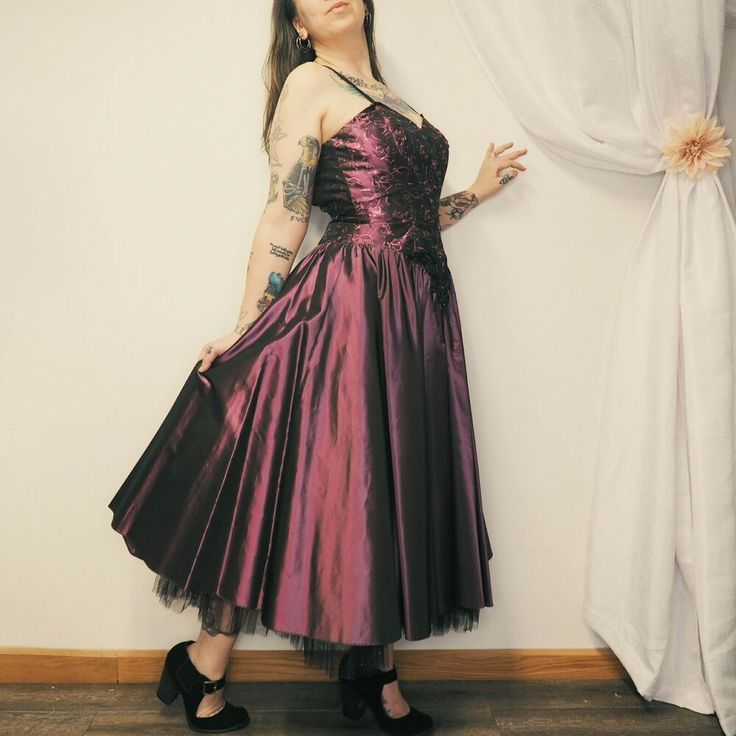 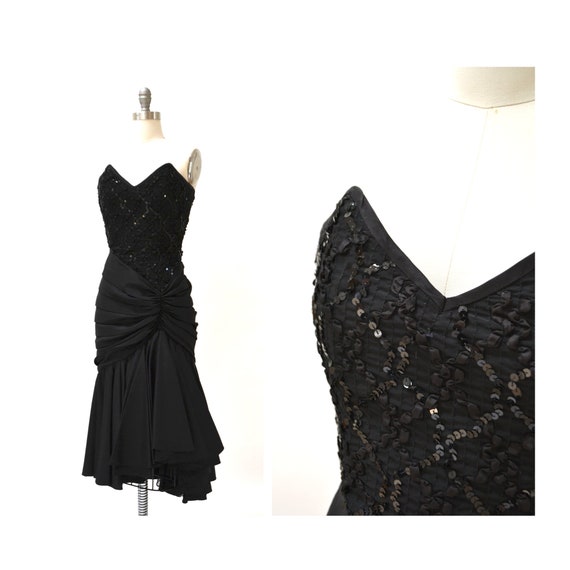 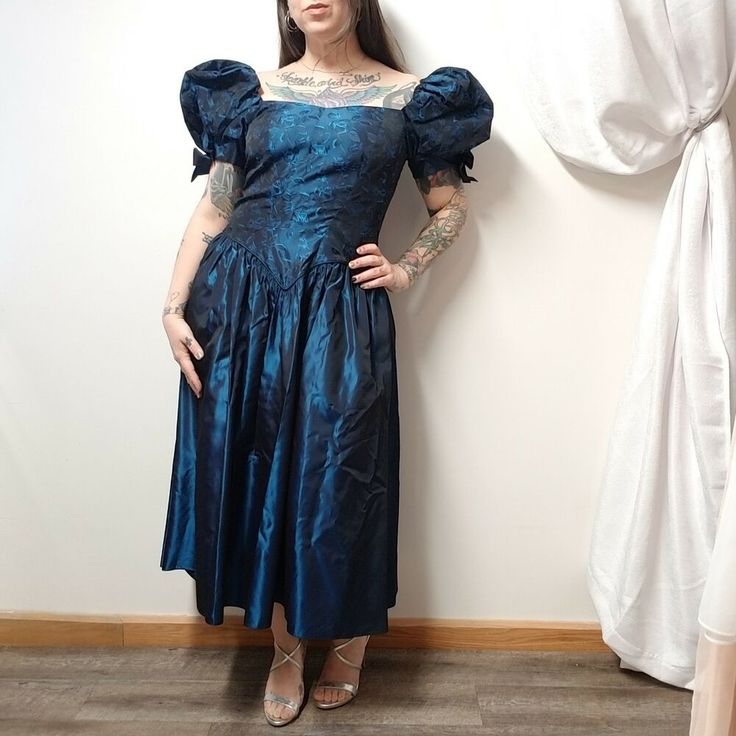 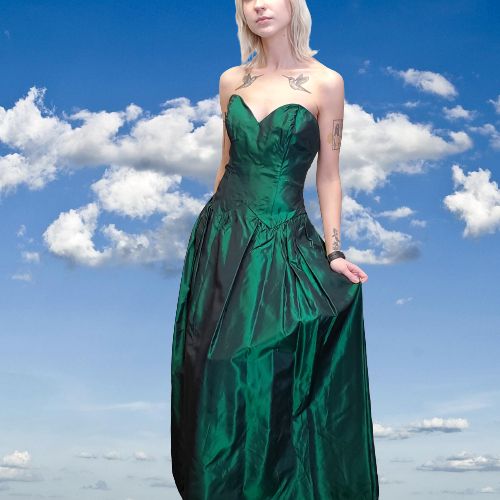 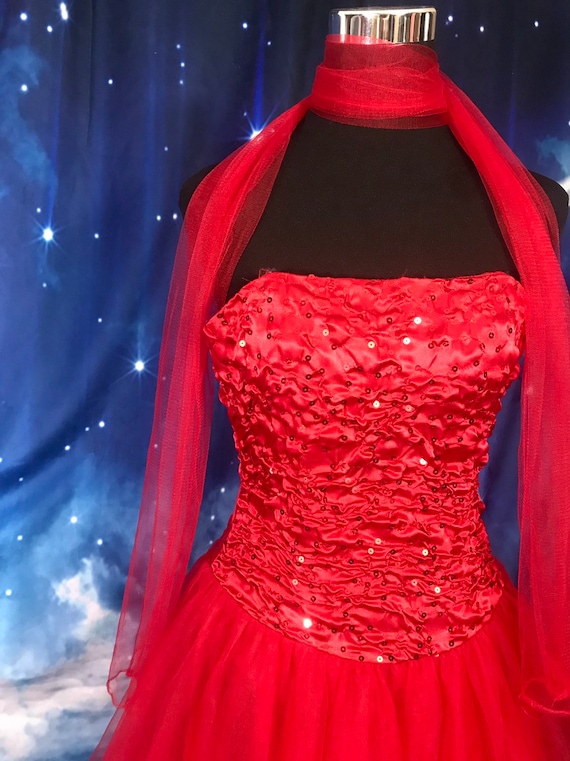 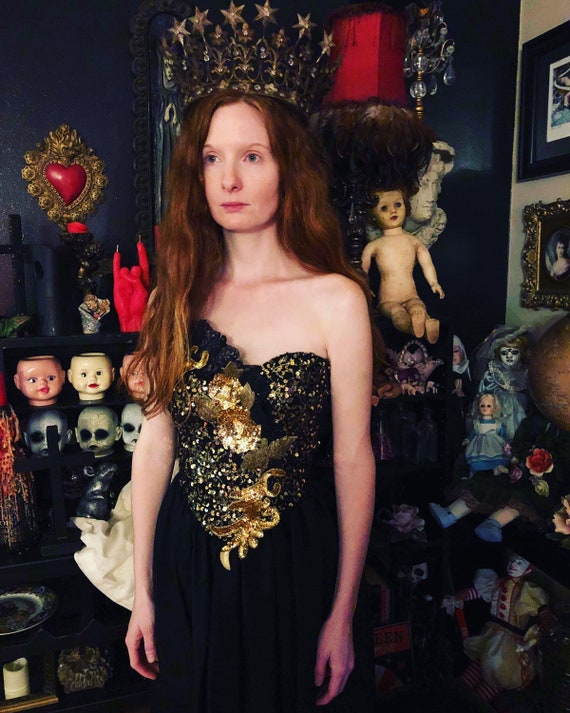 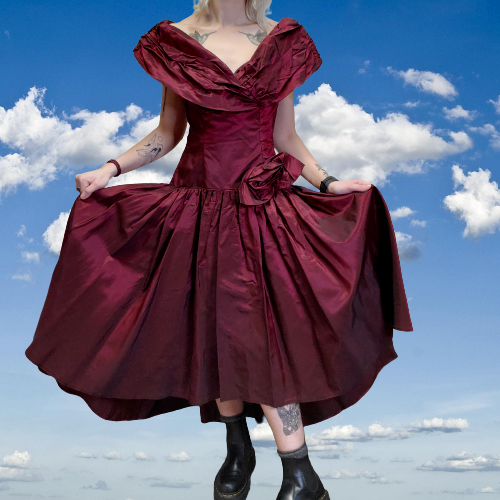 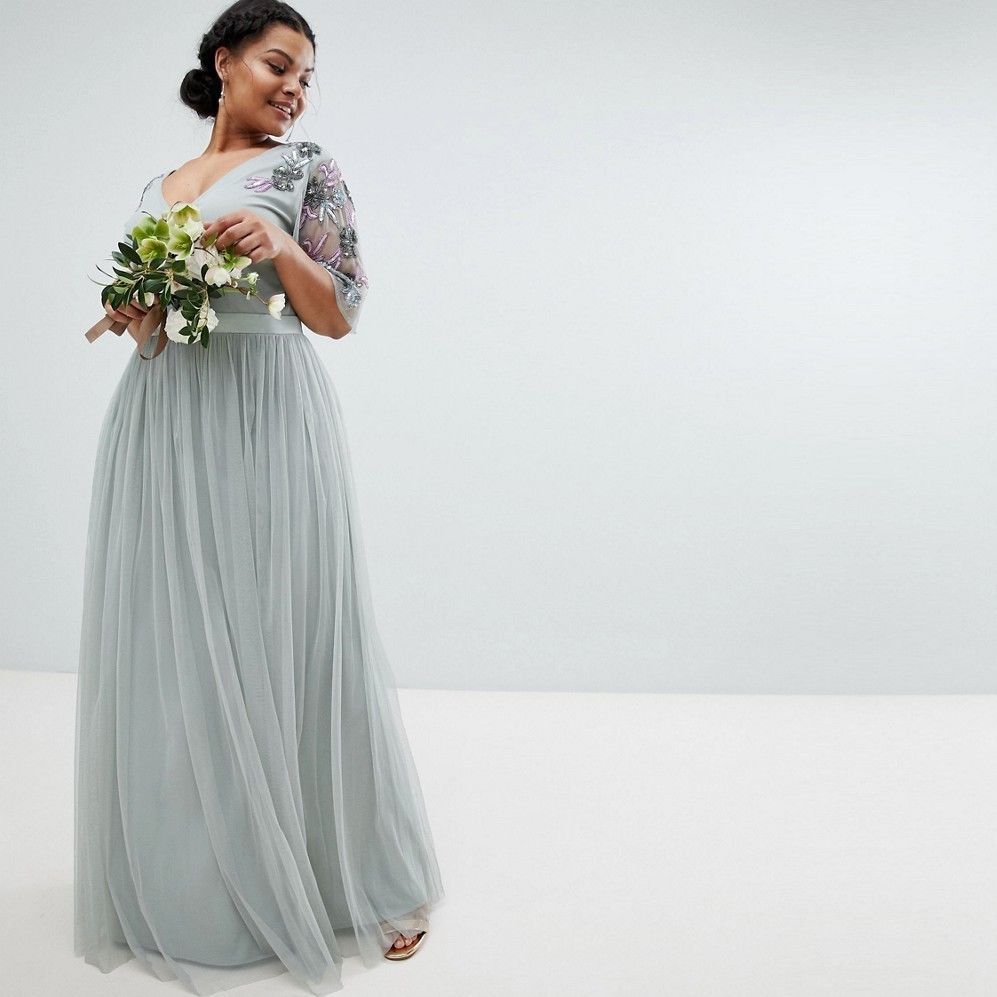 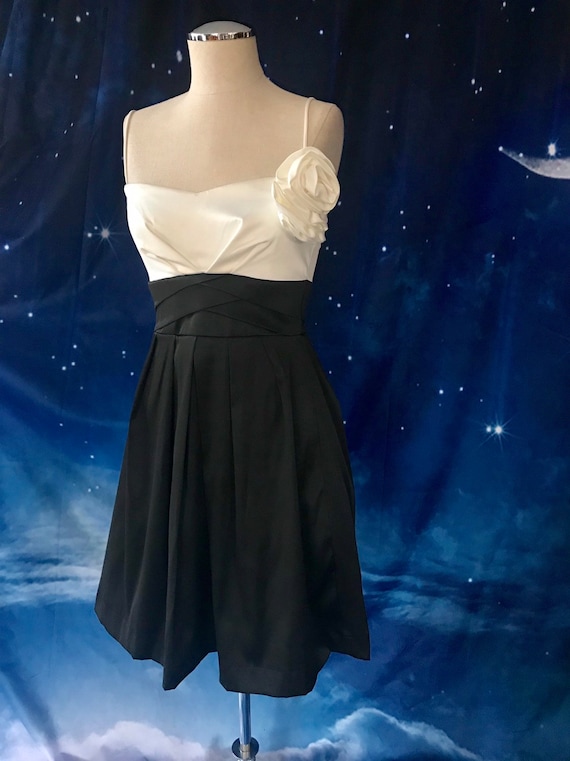 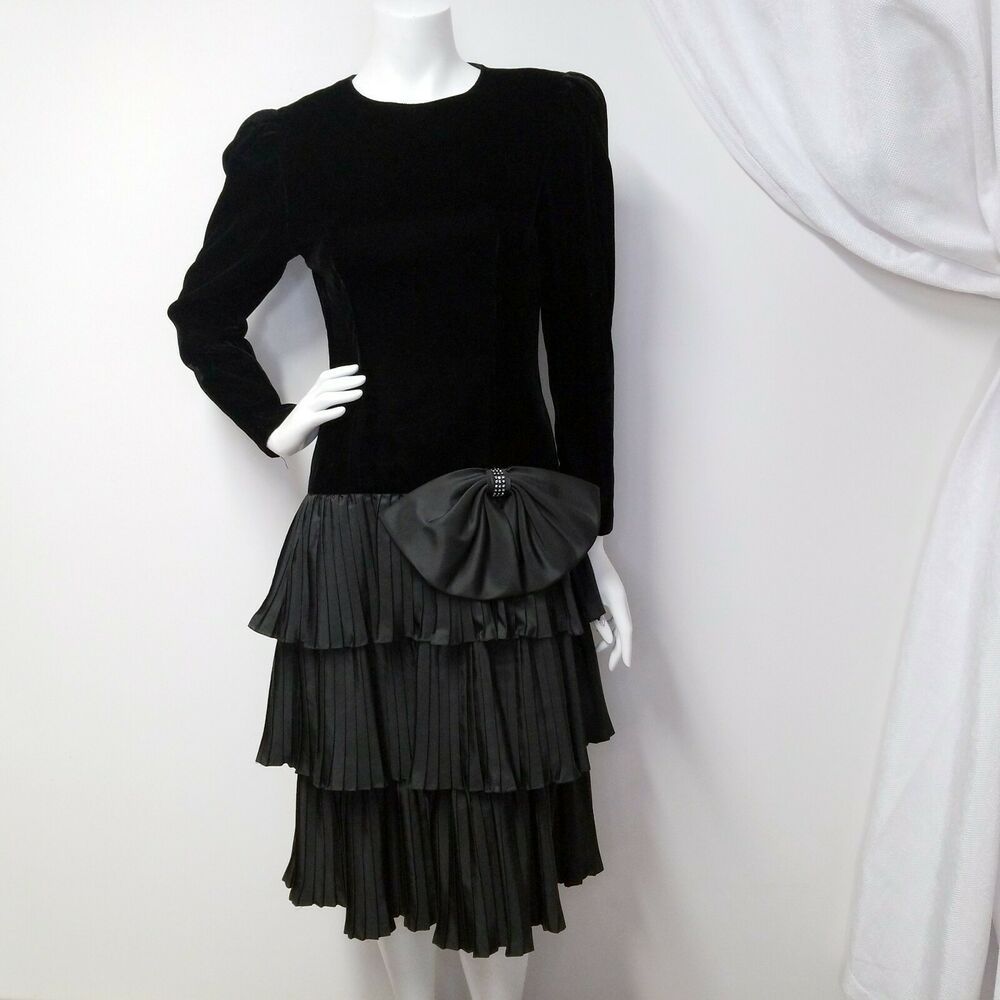 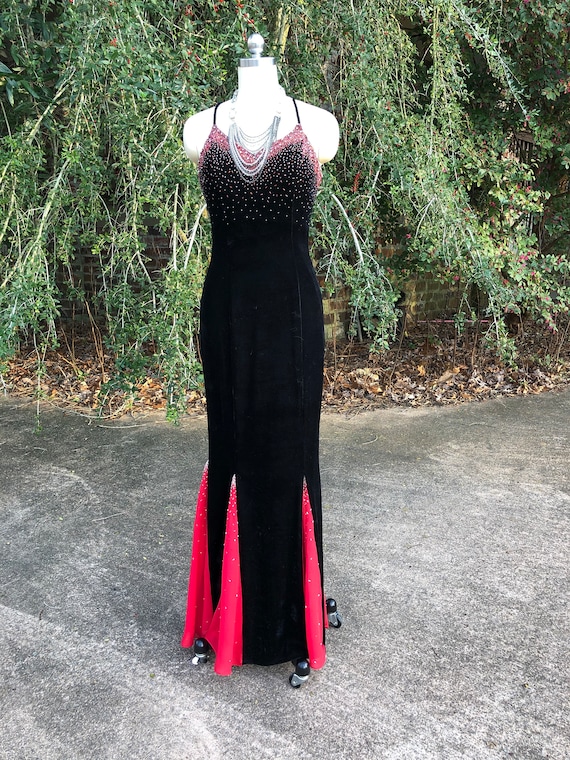 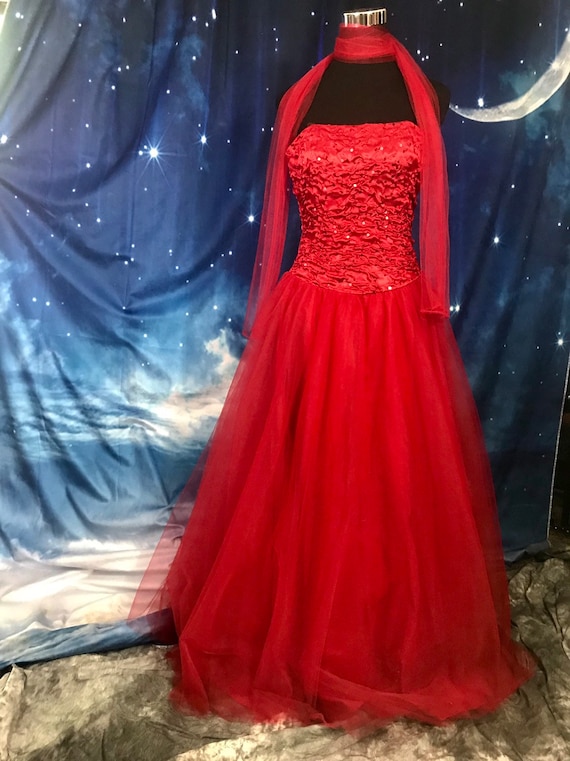 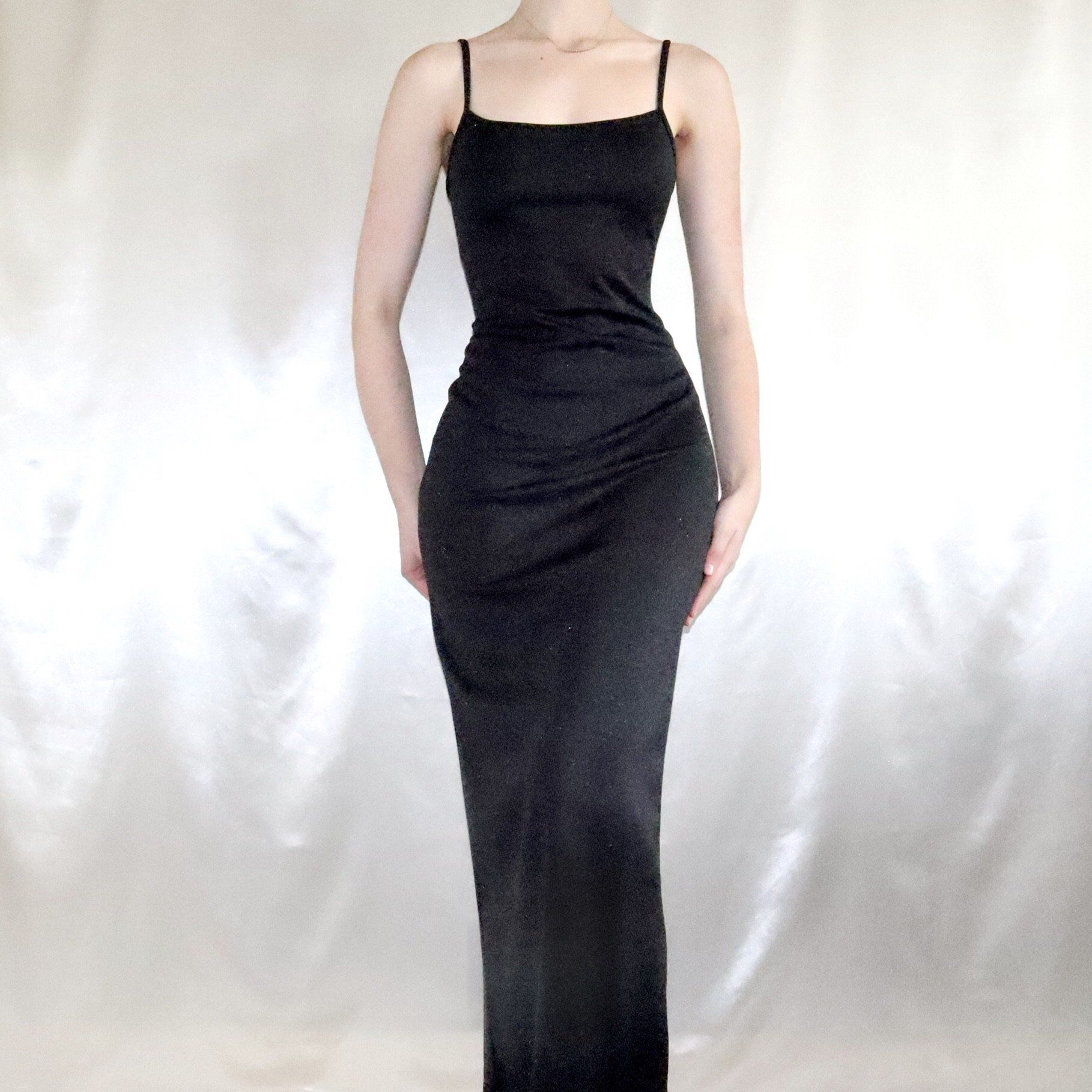