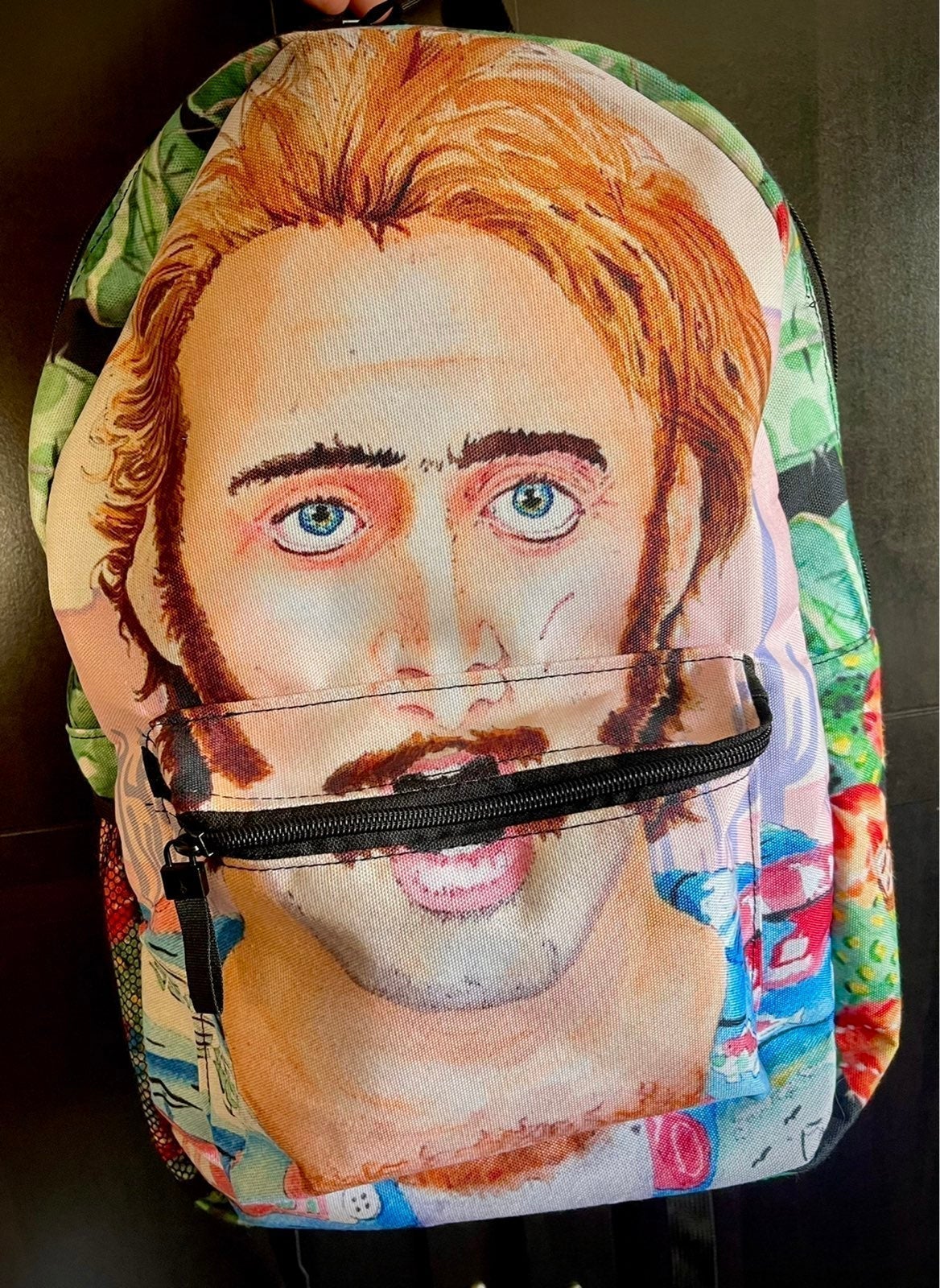 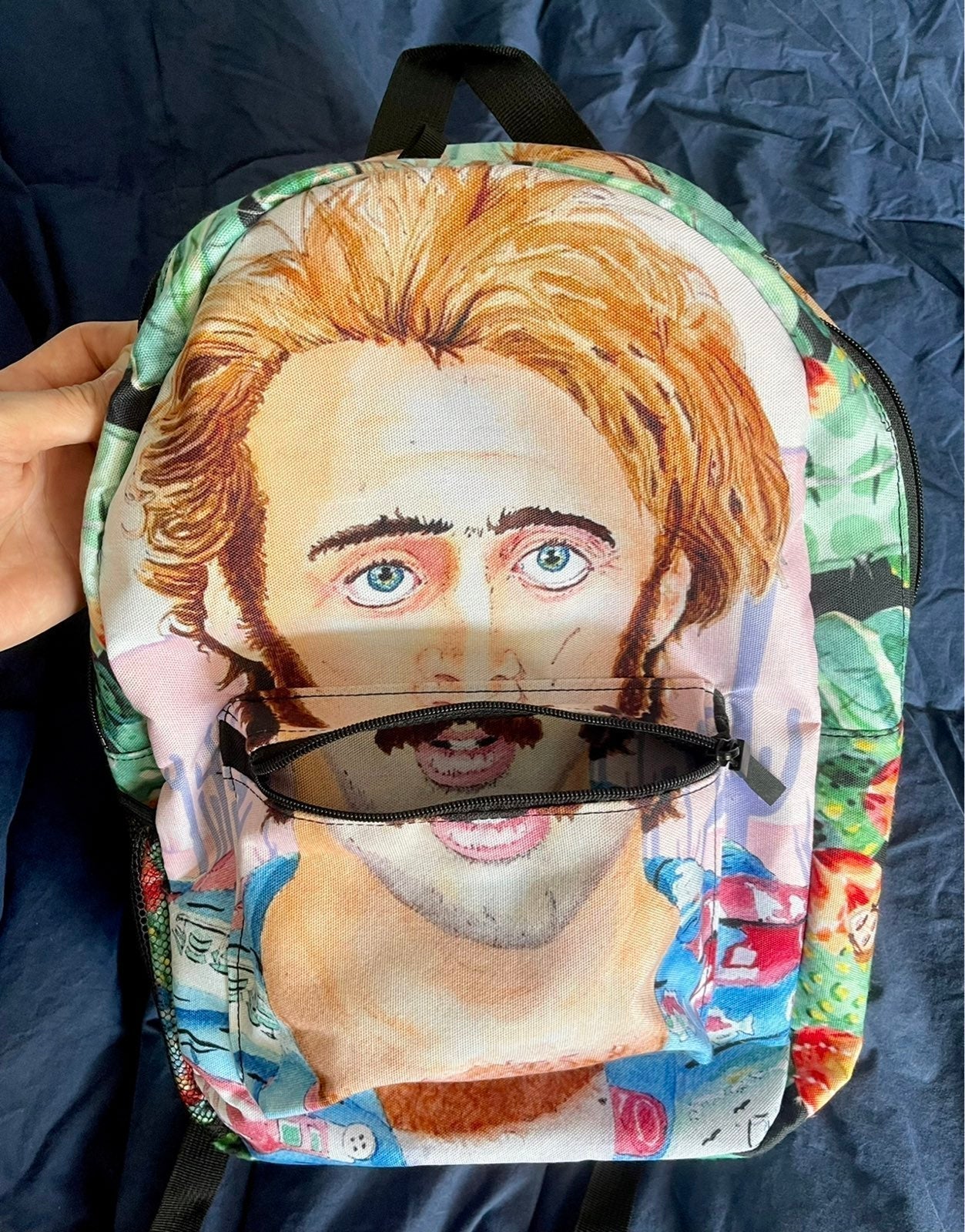 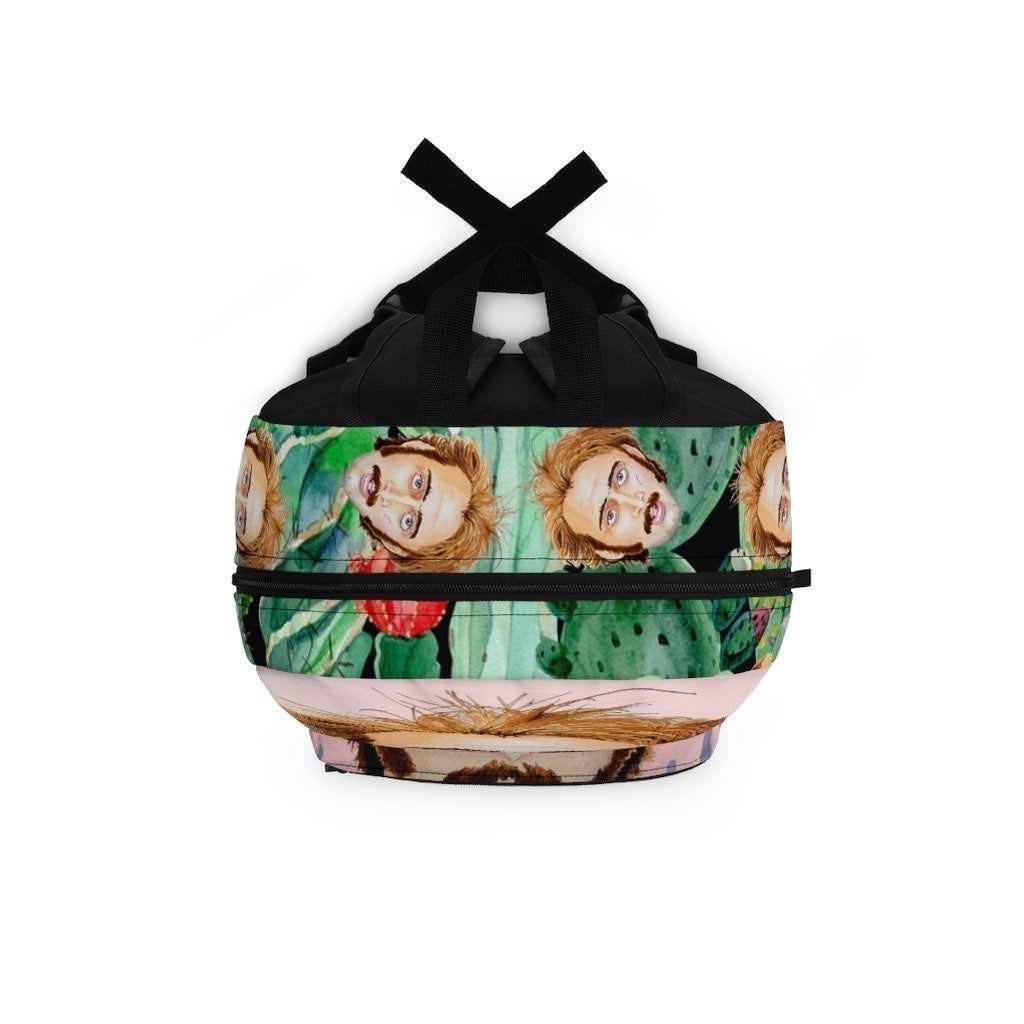 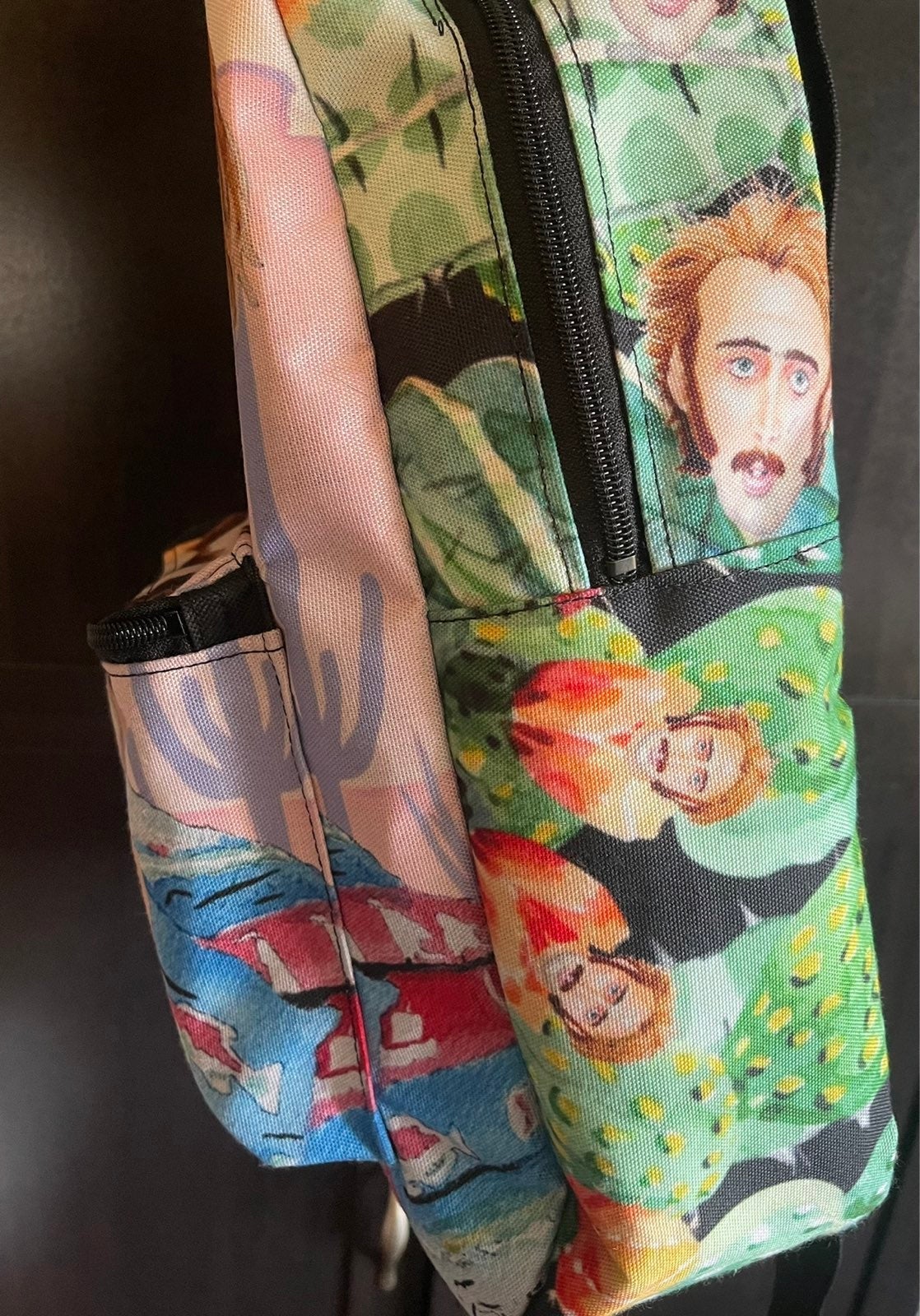 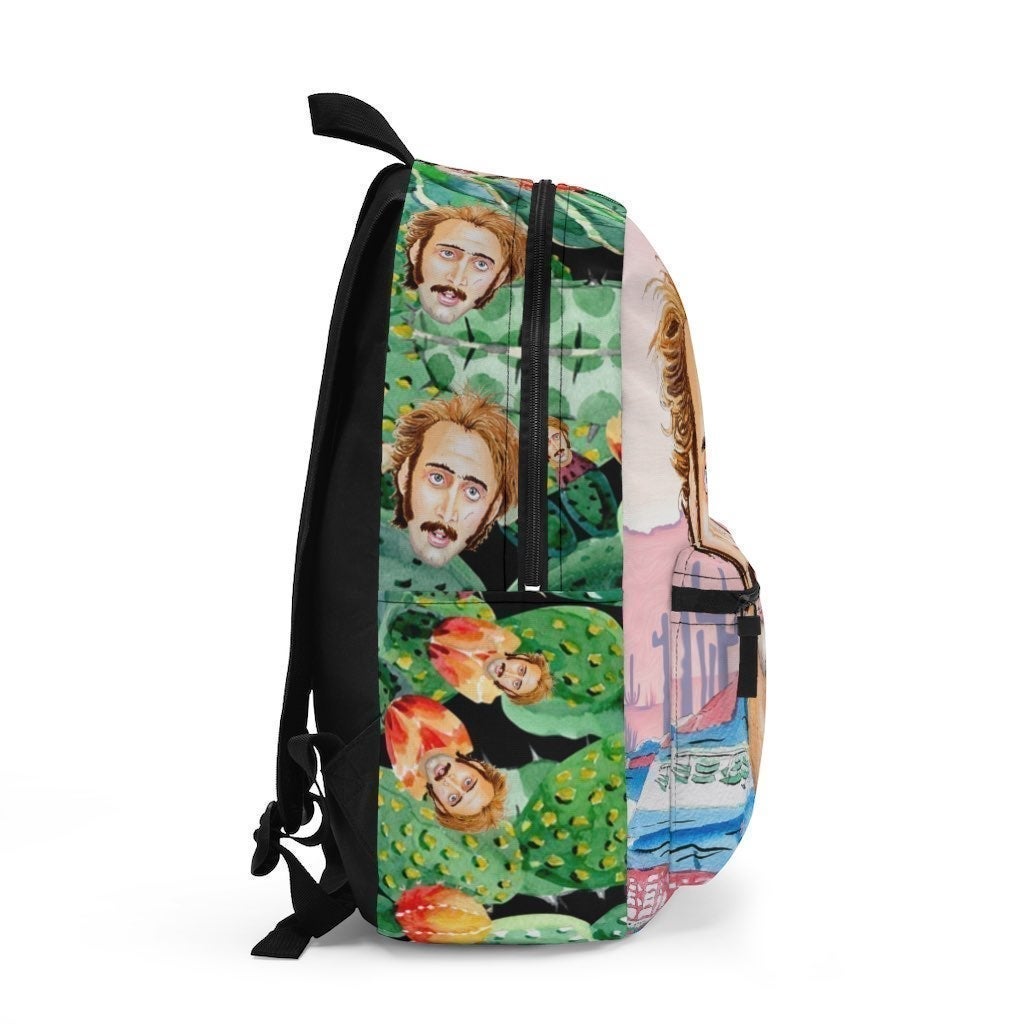 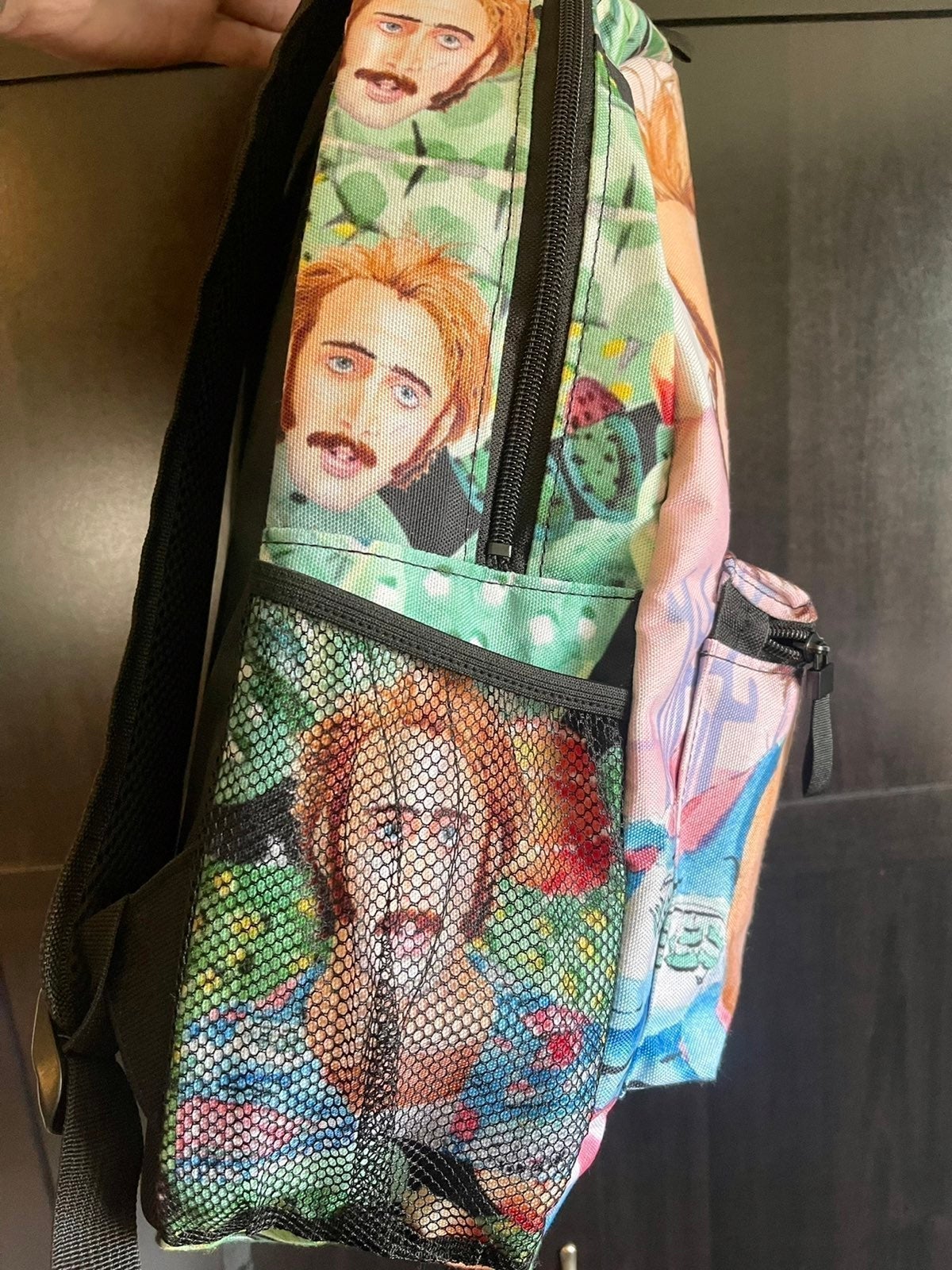 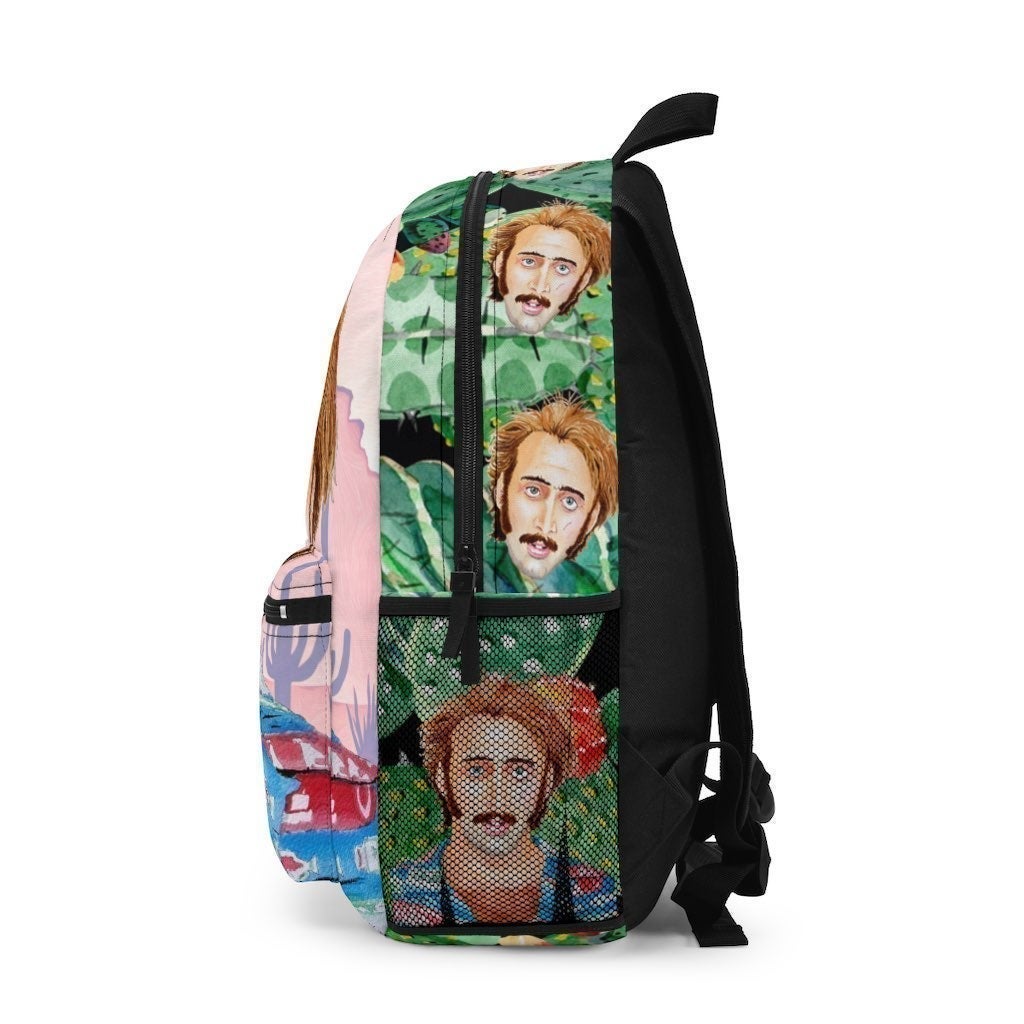 Have you got room for all that? With our roomy and durable Nicolas Cage Premium Artisan Backpack, you will! This bag is made from spun polyester and weights 1.3 lbs, just enough to be light, strong and long-lasting. Grab it, stow it, throw it onto the seat next to you, this backpack can take it, and so will you, wherever you go!
The watercolor artwork is printed vibrantly and in vivid detail, built to last for years to come! Nicolas Cage was painted in watercolor as his character H.I. McDunnough from the Coen Brothers' 1987 film "Raising Arizona" with a pink, dusty blue and purple desert sunset backdrop. Green Cactus plants adorned with nicolas cage heads surround the back and bottom of the backpack, while the full Nicolas Cage painting is embellished on the front!
The zipper is positioned so you will be opening his mouth whenever you open the front pocket. There's an exterior mesh pocket for bottles on the left side! 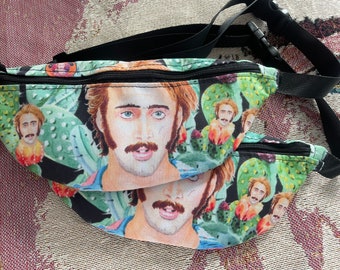 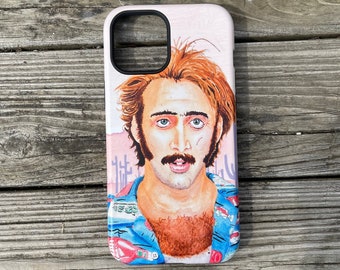 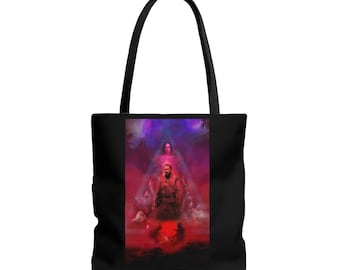 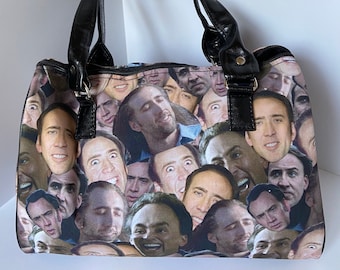 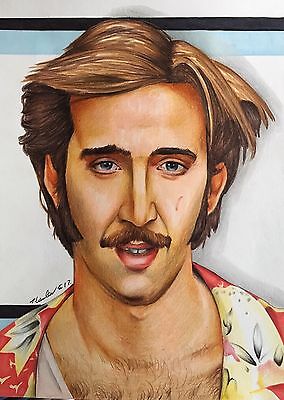 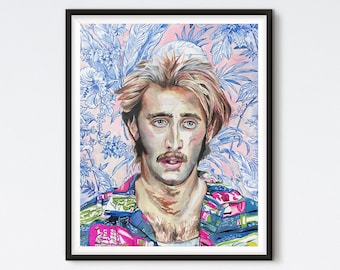 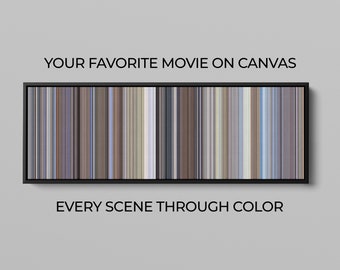 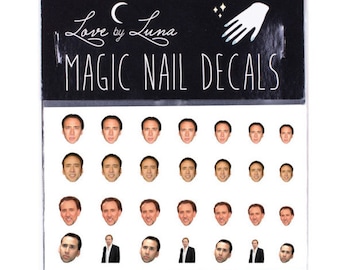