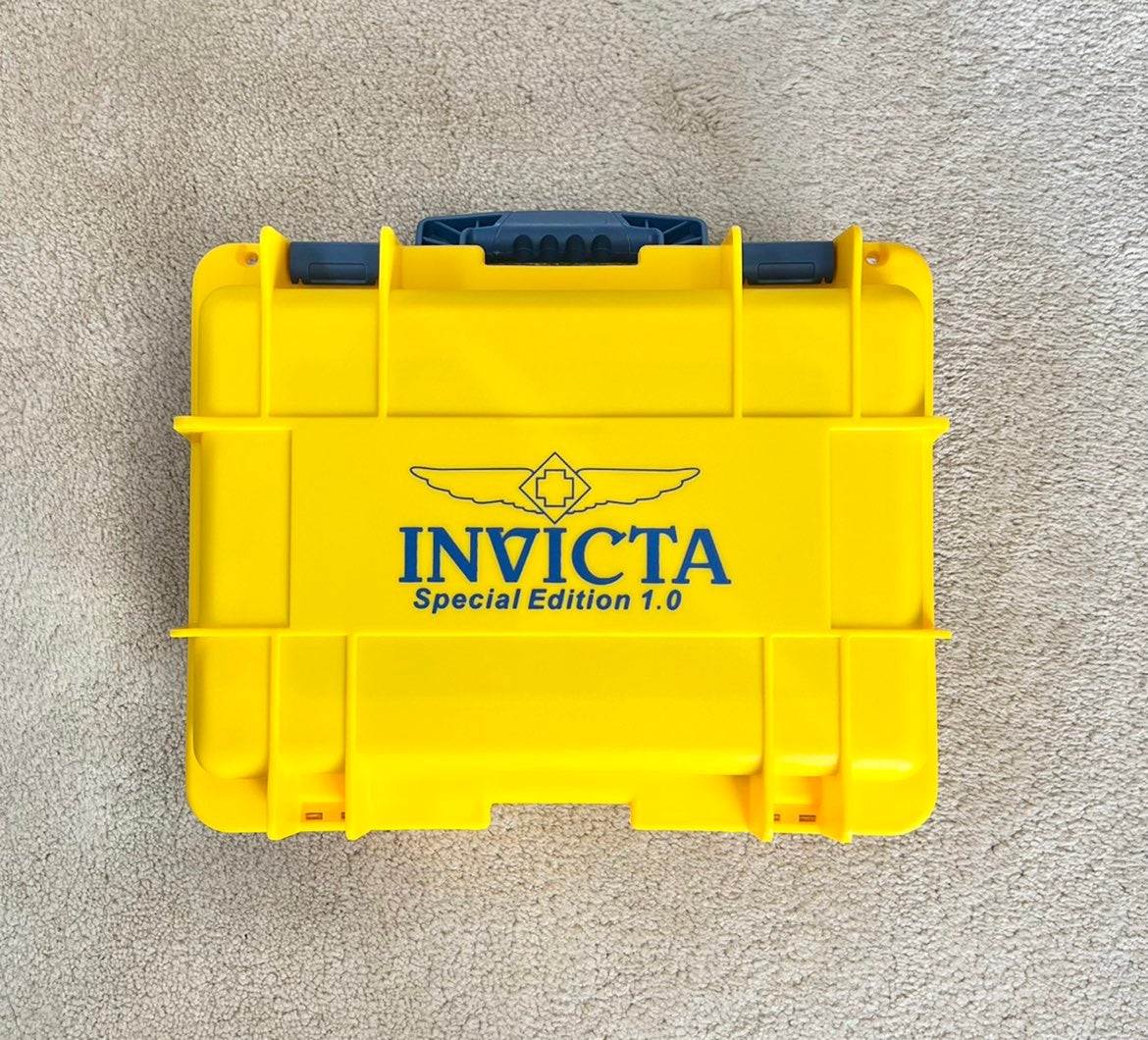 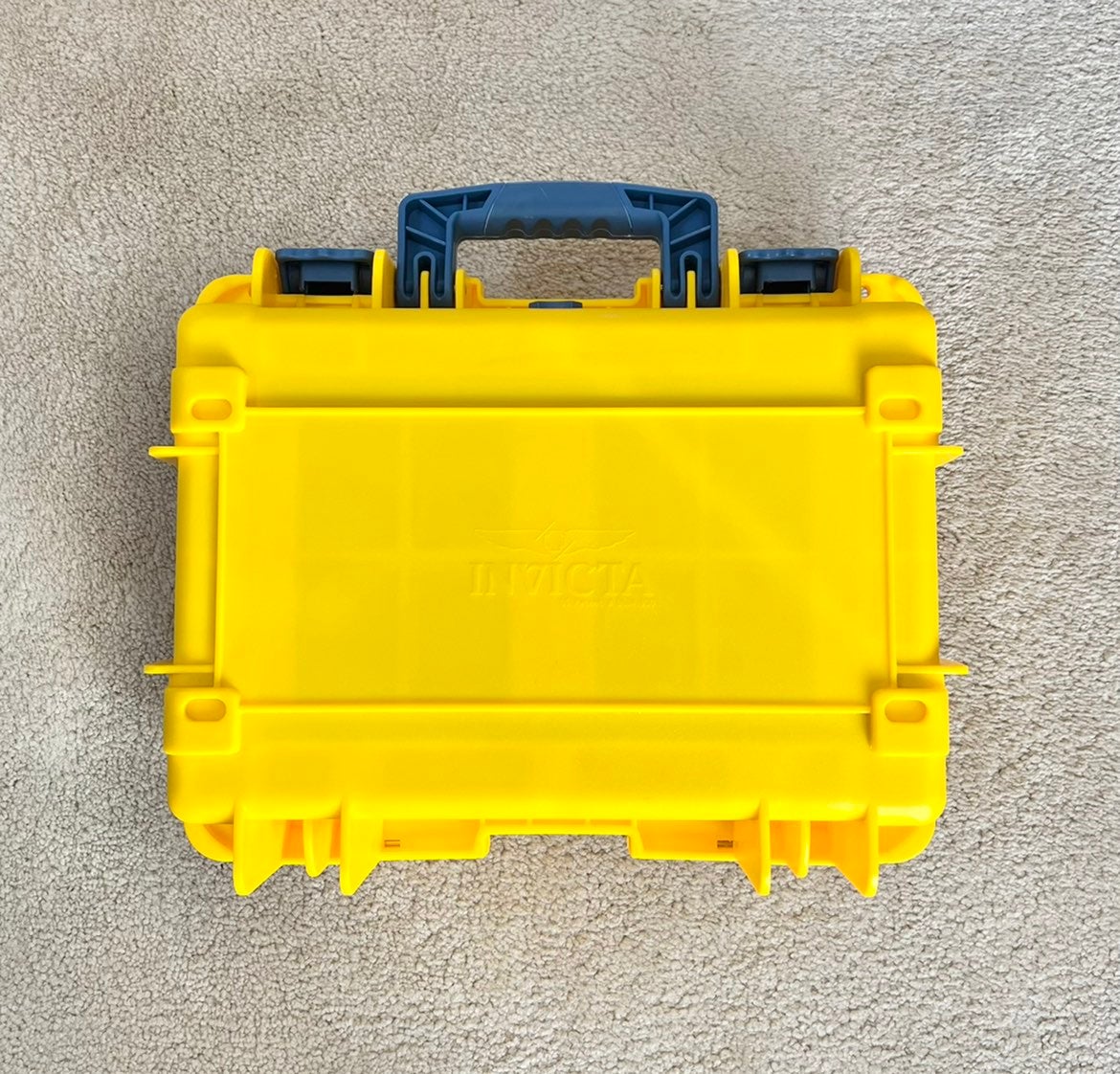 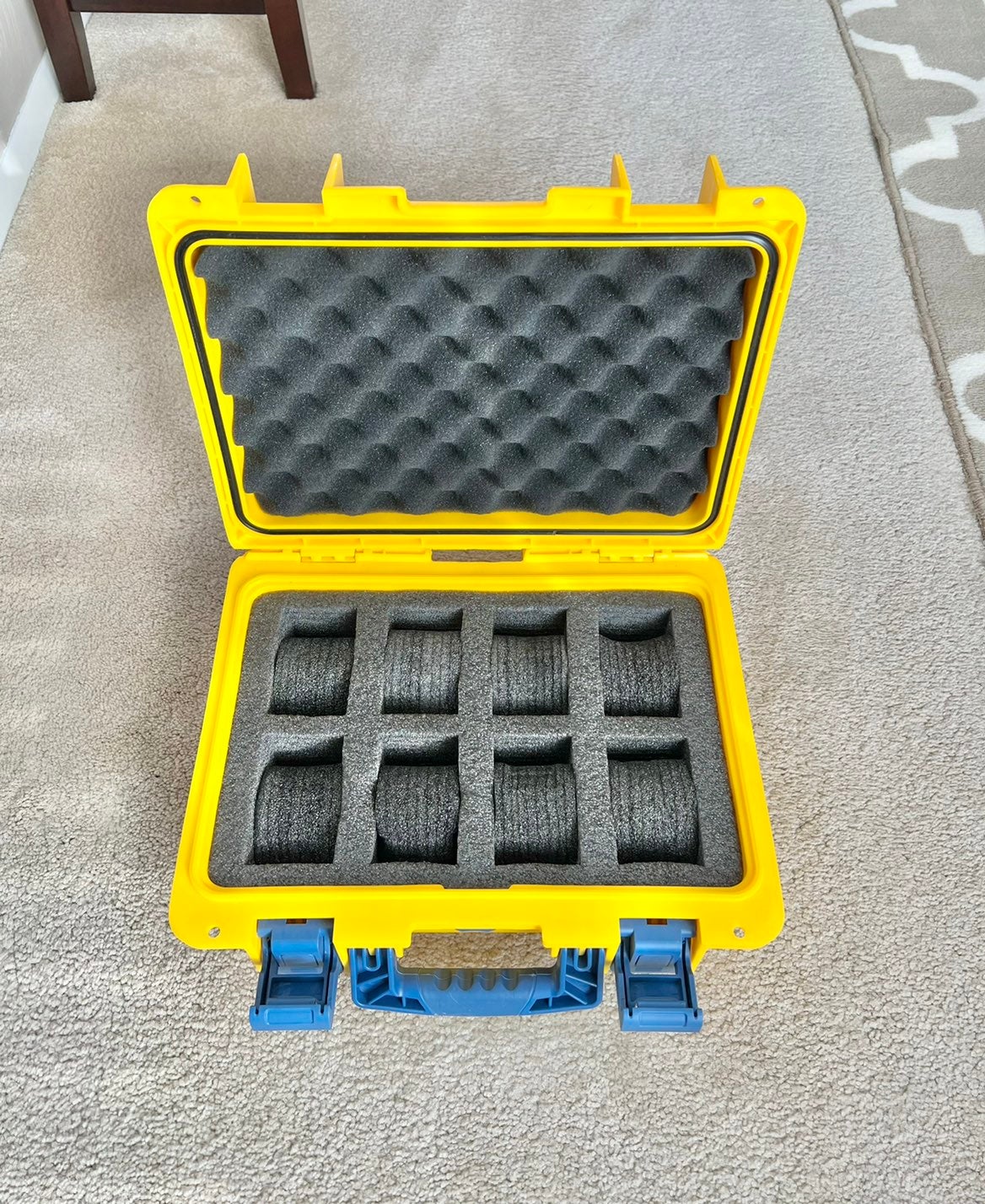 Invicta 8 Slot Yellow & Blue Watch Case
Great condition
Price is firm
Make a statement and carry your watches in style with this yellow Invicta 8-slot impact case collector box. This collector box features an exterior made of durable plastic and comes with a rubber grid handle, double latch closure and non functioning pressure release value. "INVICTA" and the logo are prominently displayed on the box. The interior of this box features 8 oversized slots made of gray foam material. The top lid is crafted from egg crate memory padding to prevent your timepieces from shifting when being moved. This box measures 11-1/2" L x 15-1/2" W x 6-1/2" H with individual slots measuring 3-1/2" L x 2-1/4" W x 3-1/2" H. This is a great gift to give to yourself or a fellow collector. 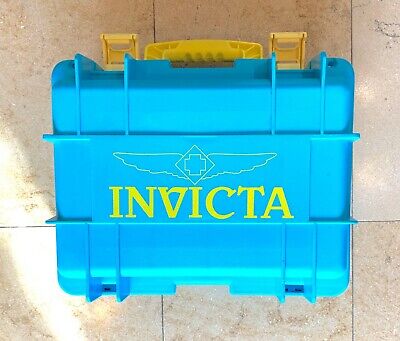 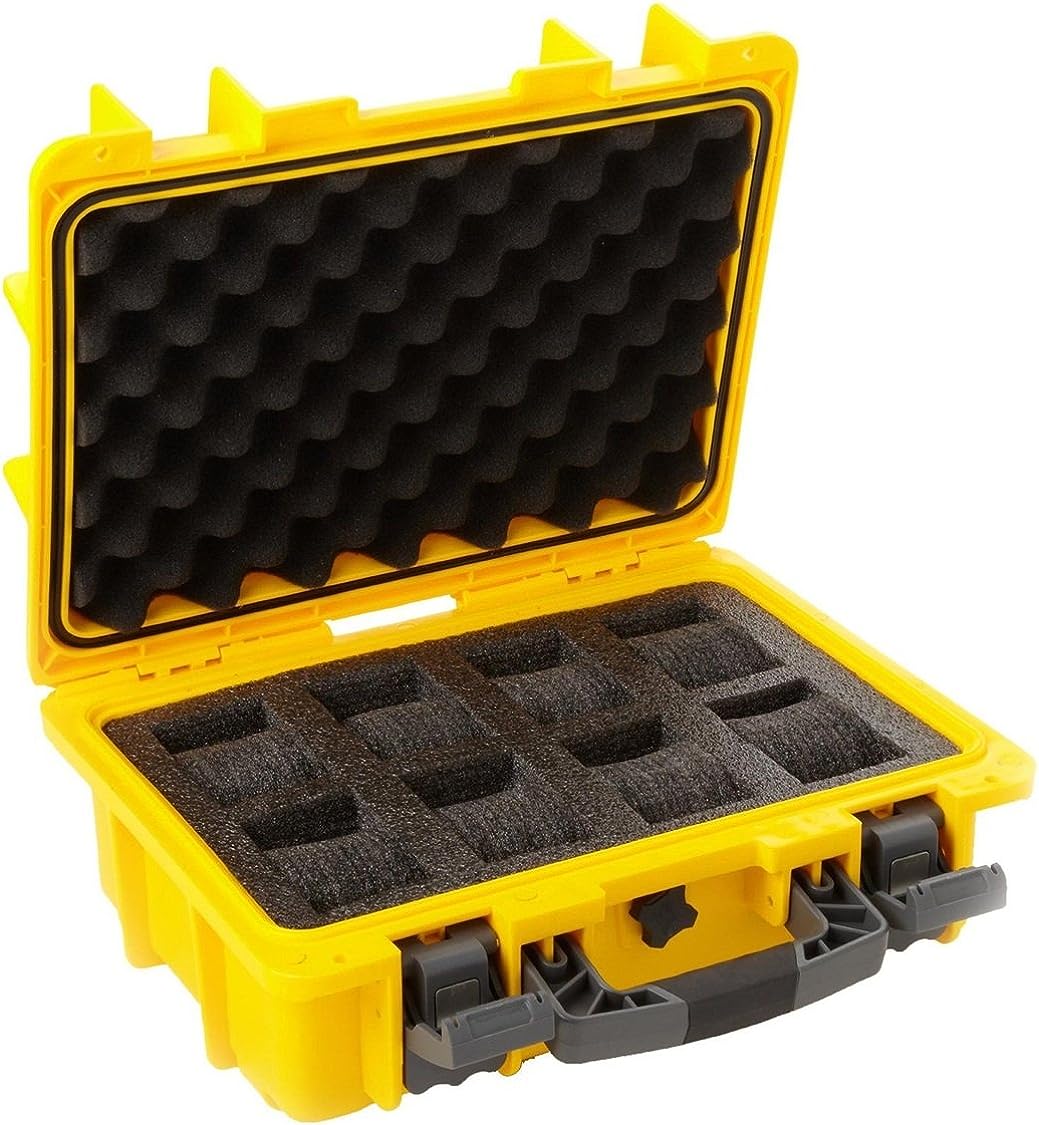 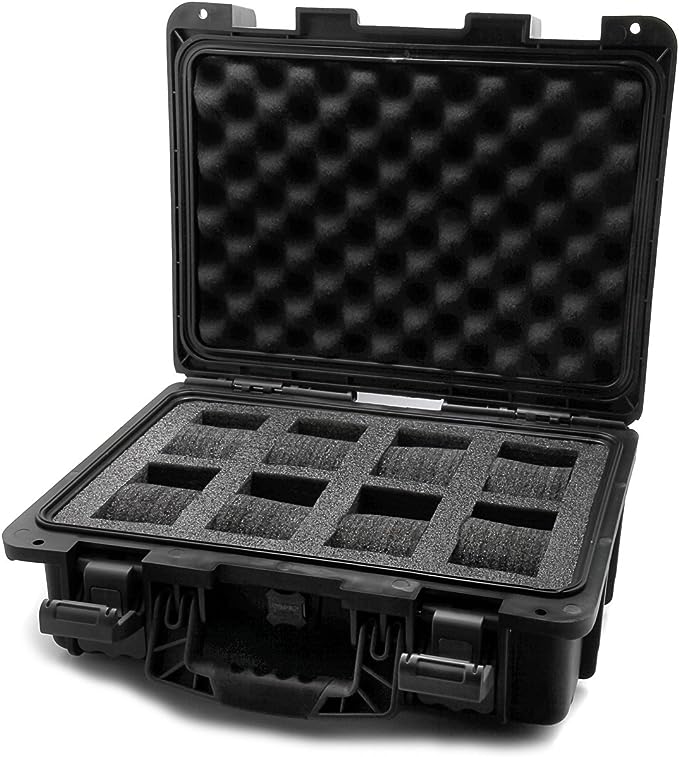 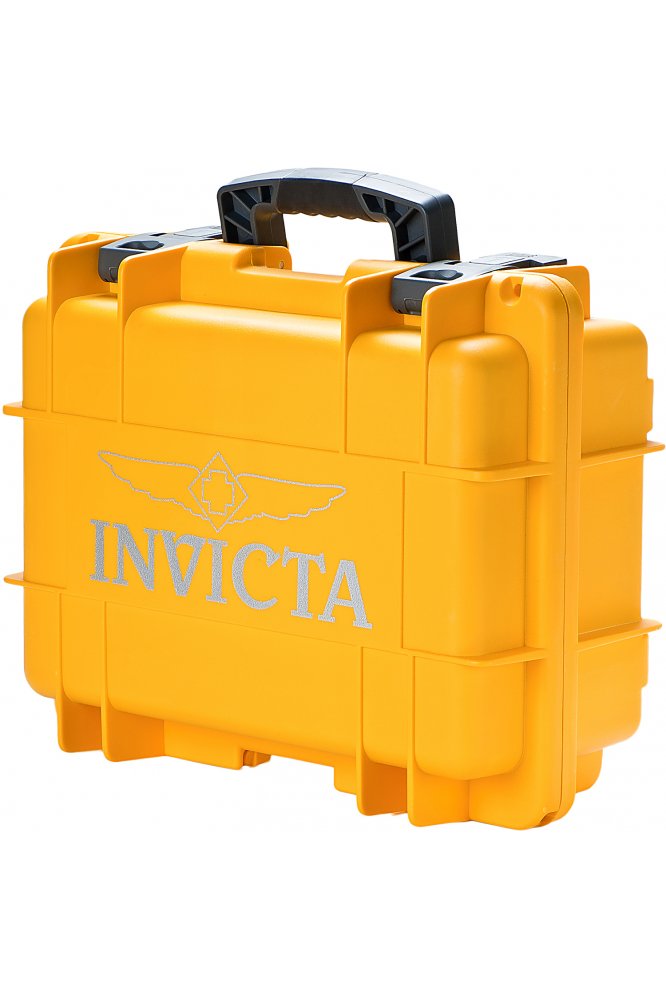 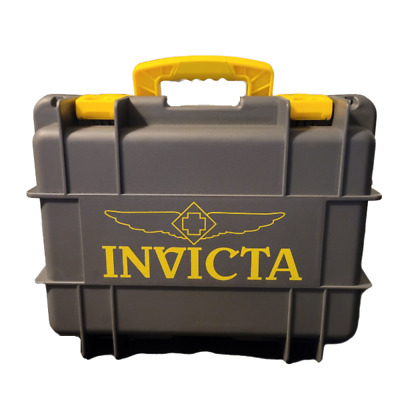 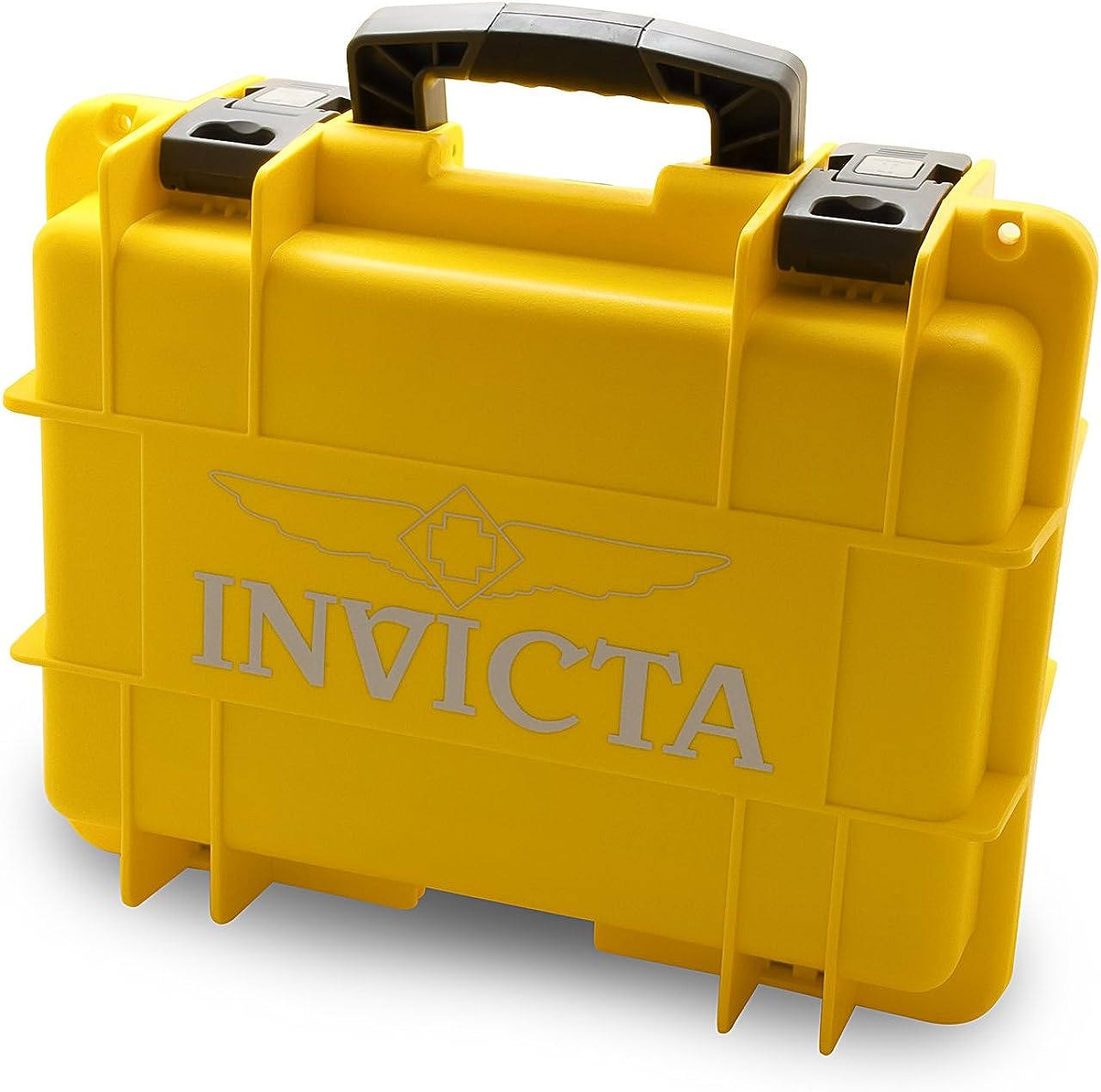 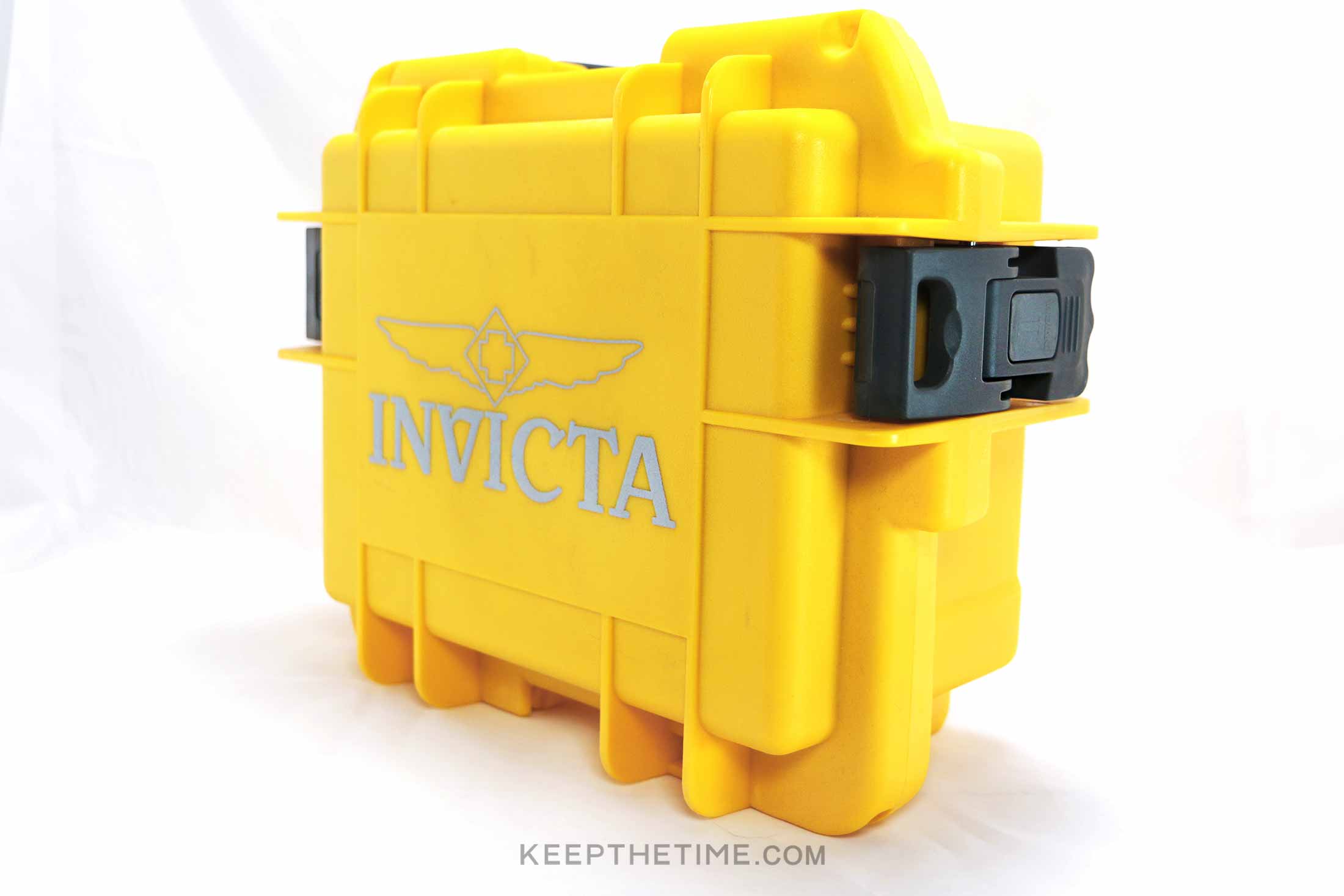 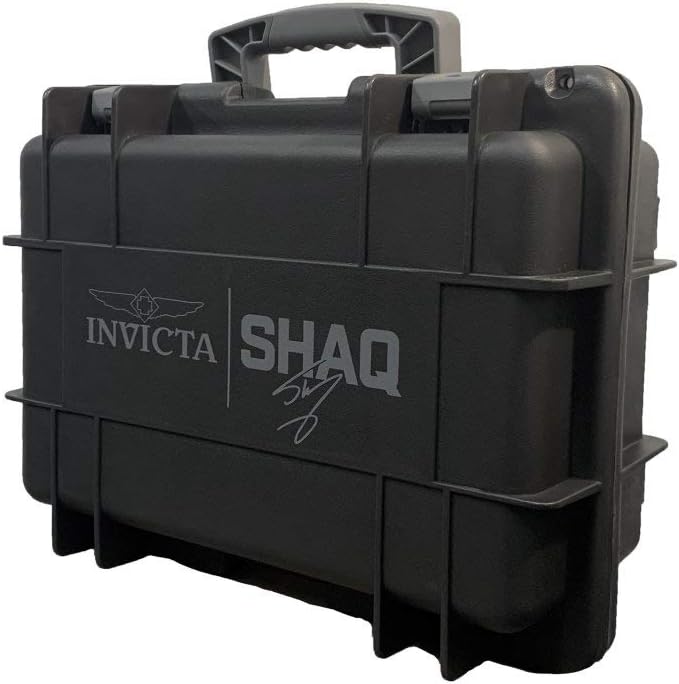 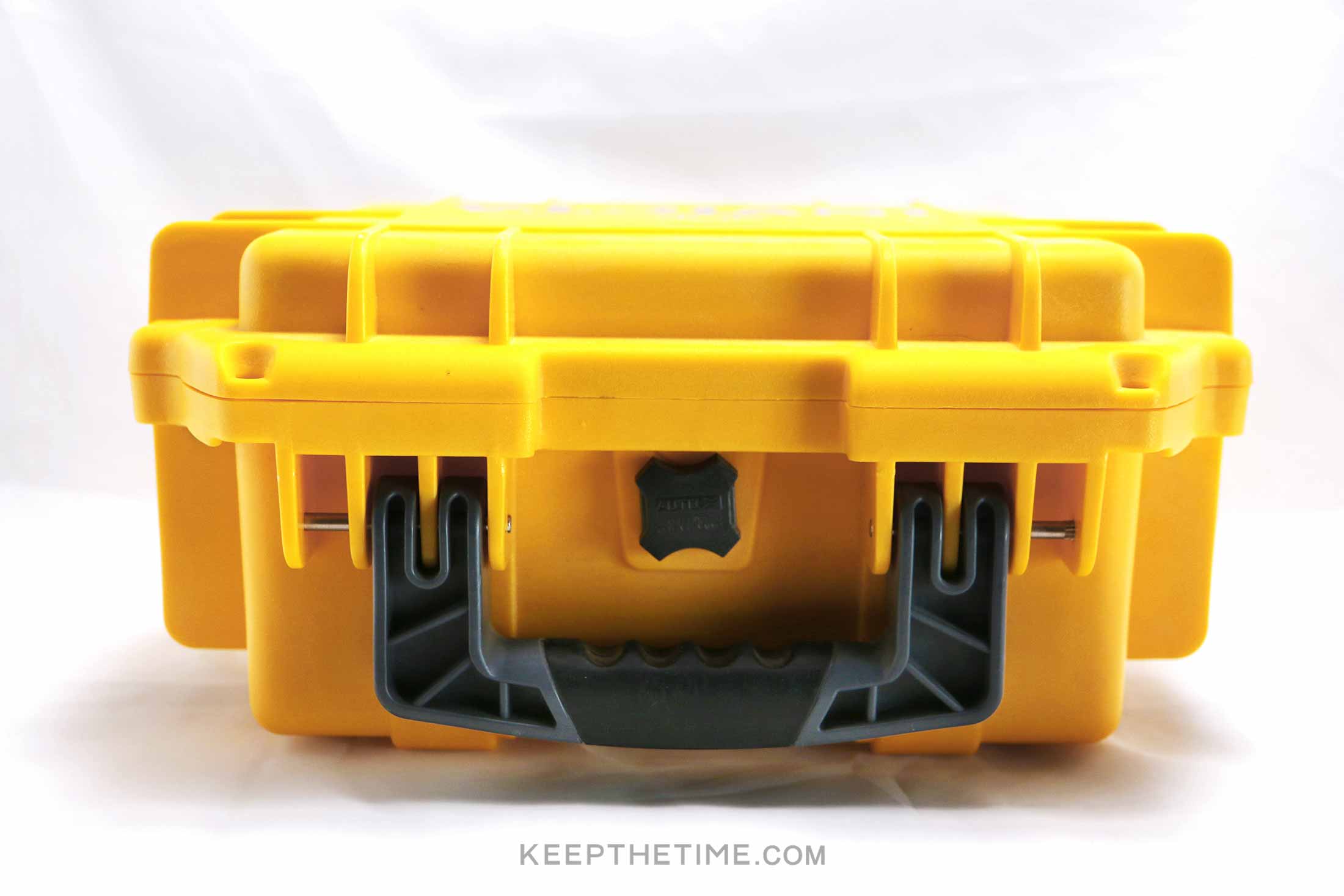 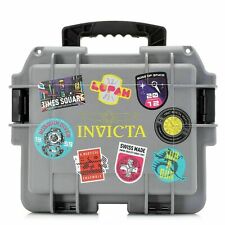 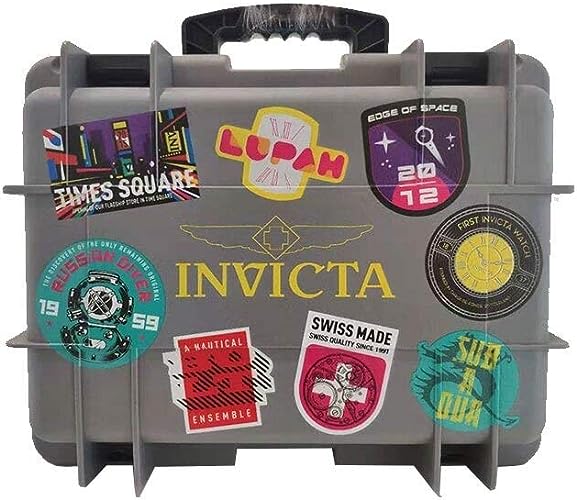 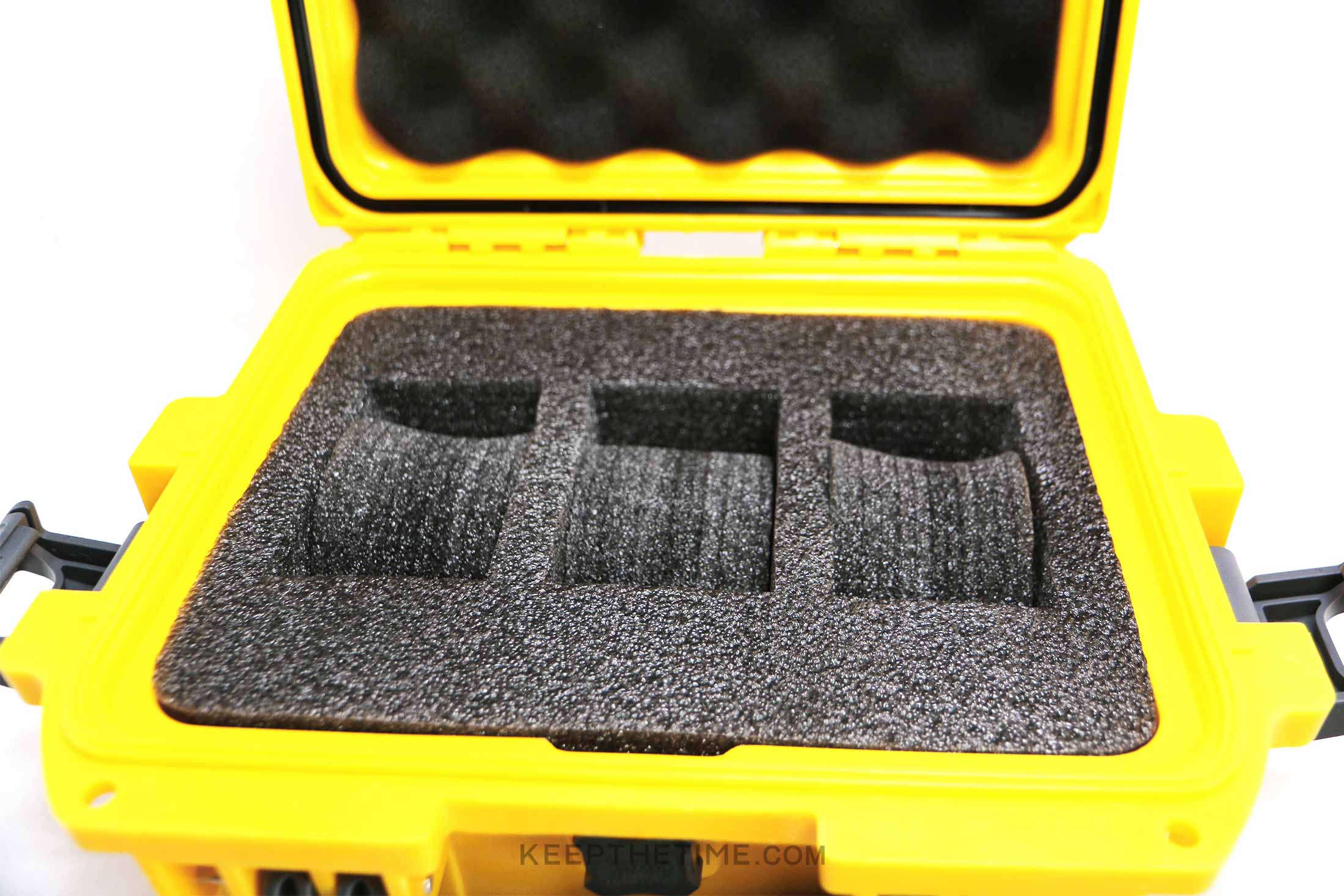 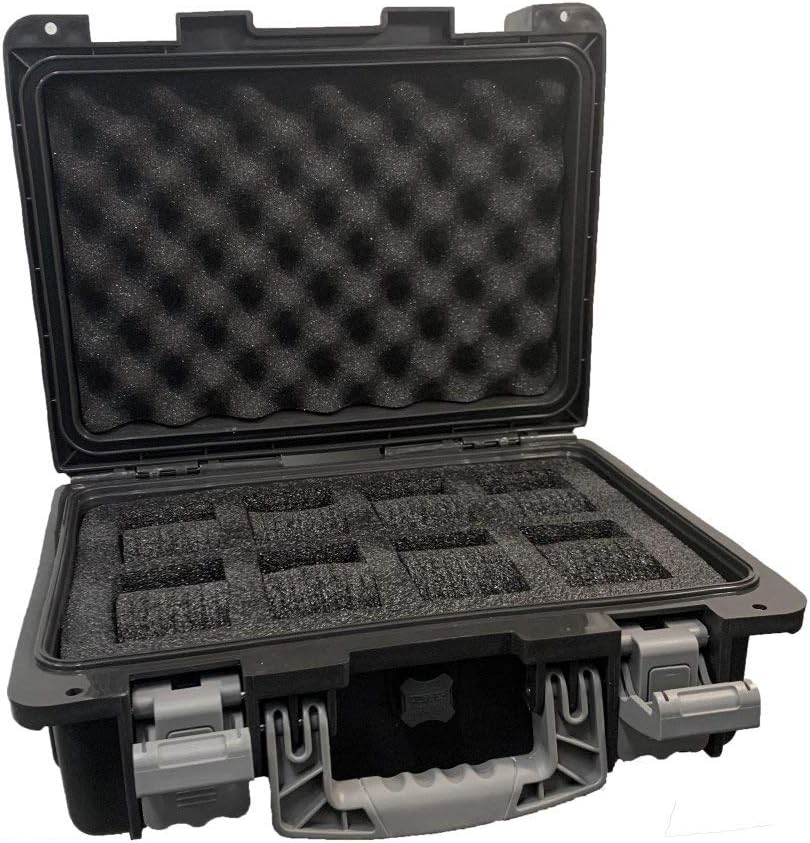 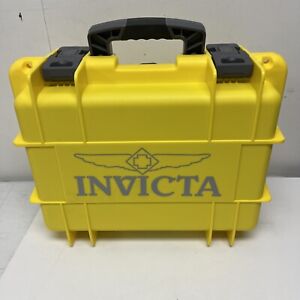 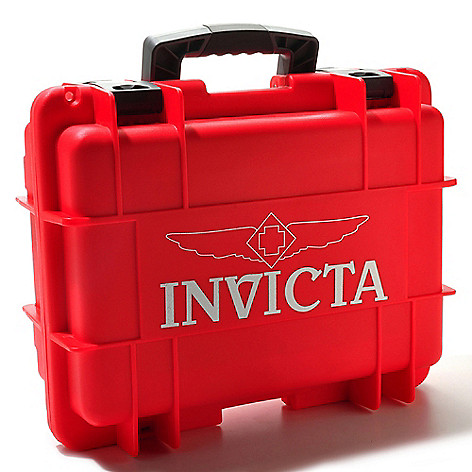 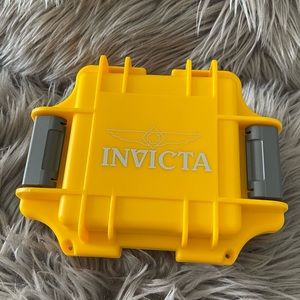 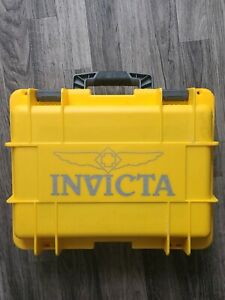 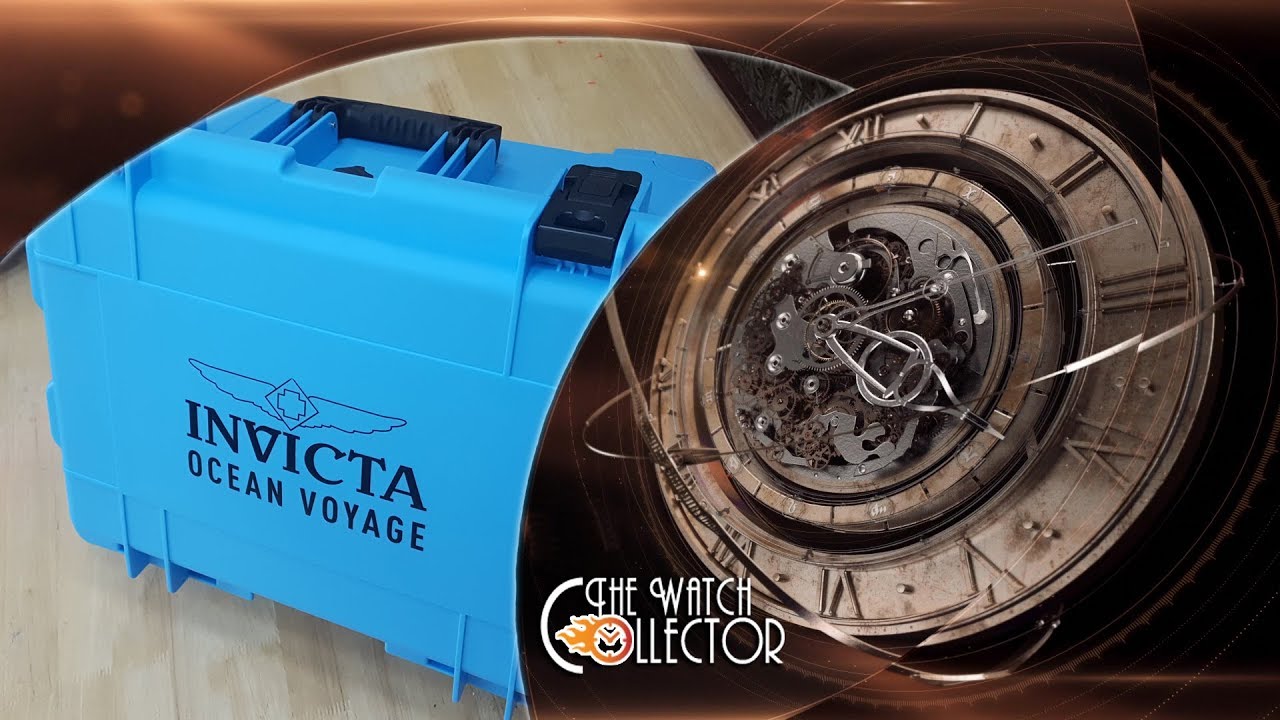