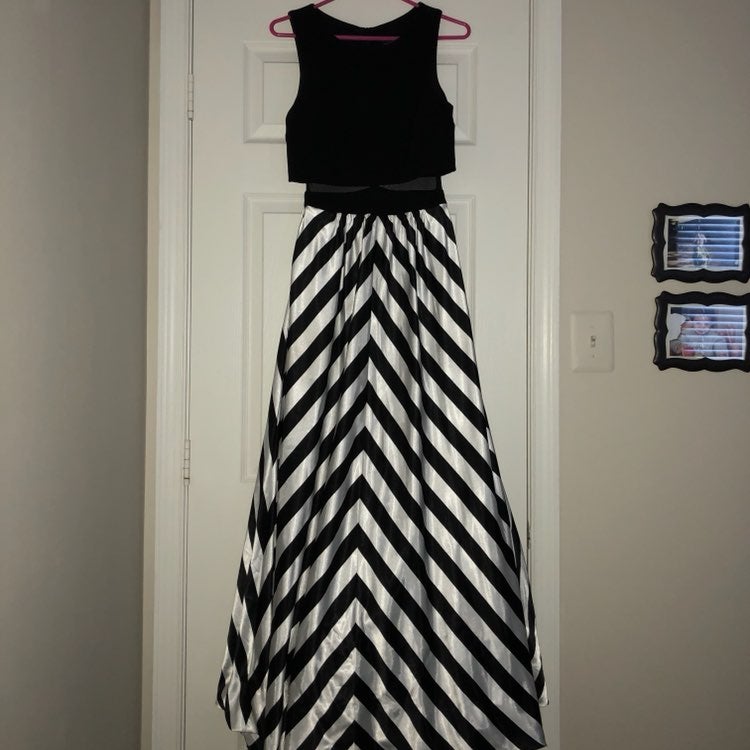 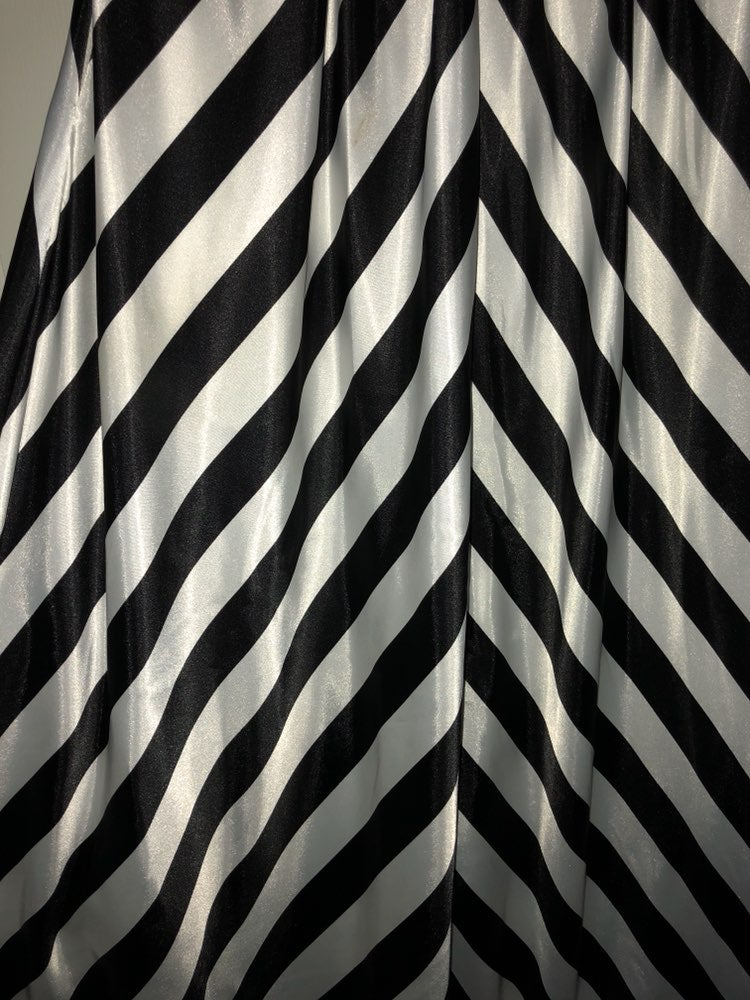 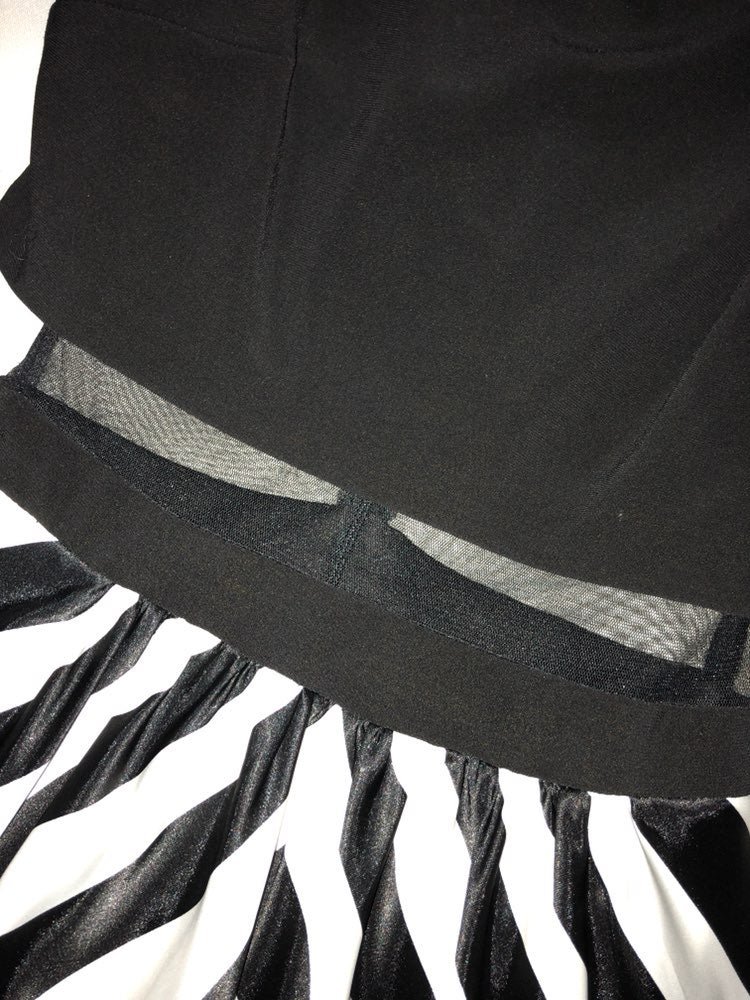 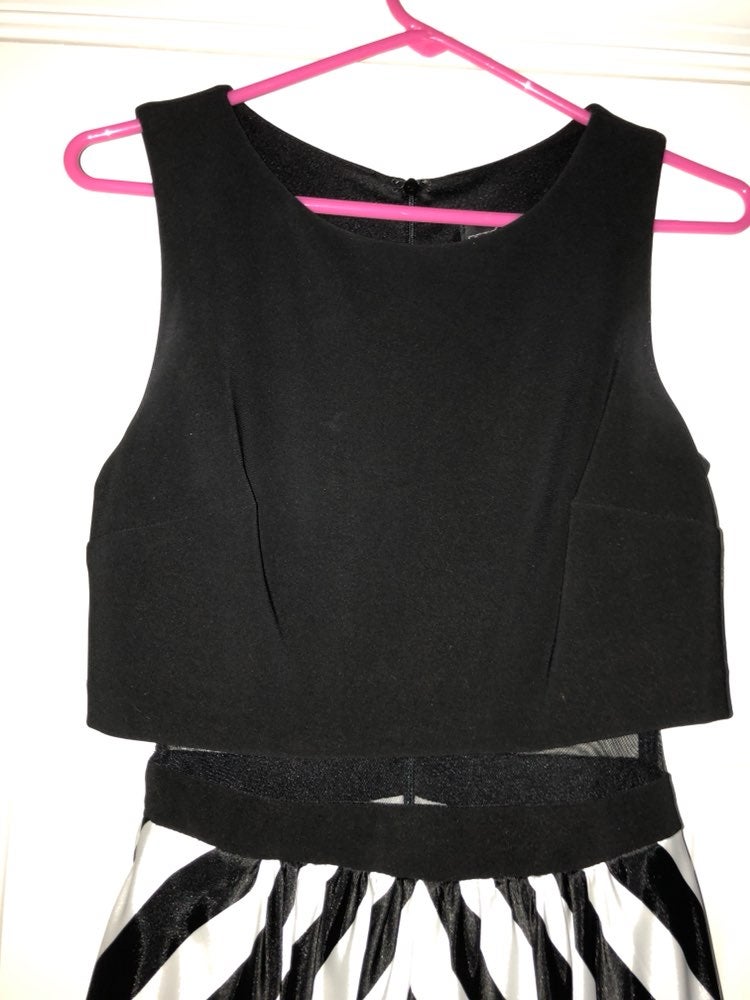 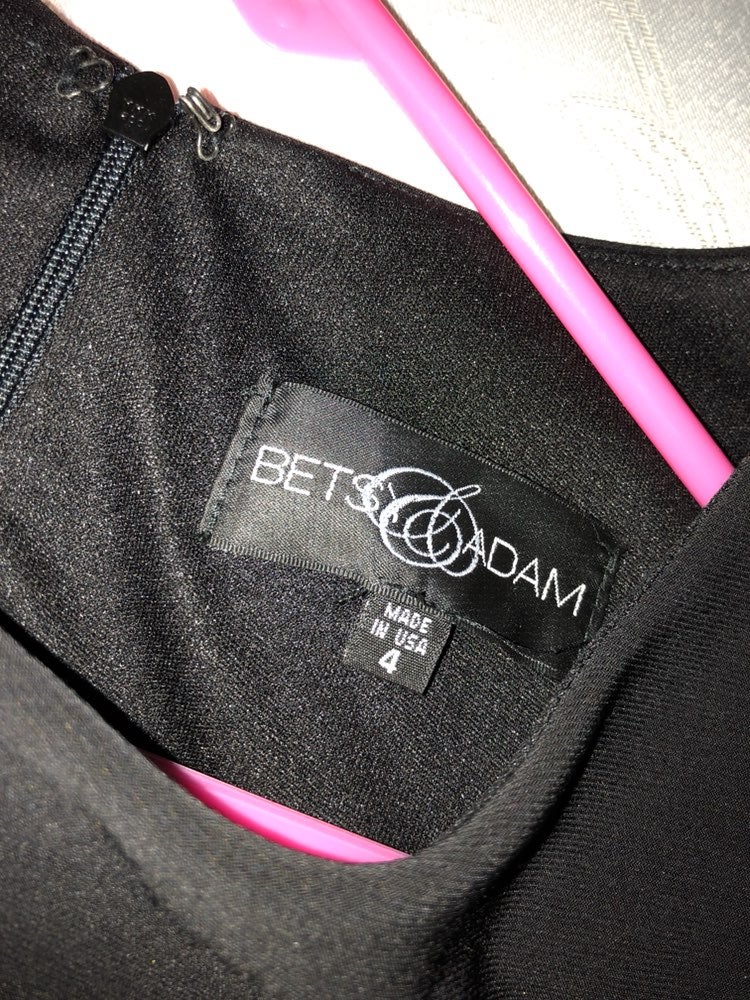 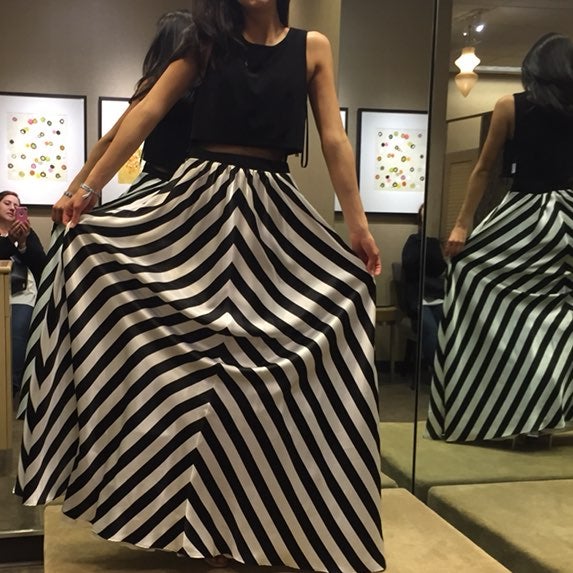 Striped Dress with mesh in the center
Size 4 on tag but alterations were made to make it a size 2!!
Worn once for prom but could be used for any social event
Make an offer!!! 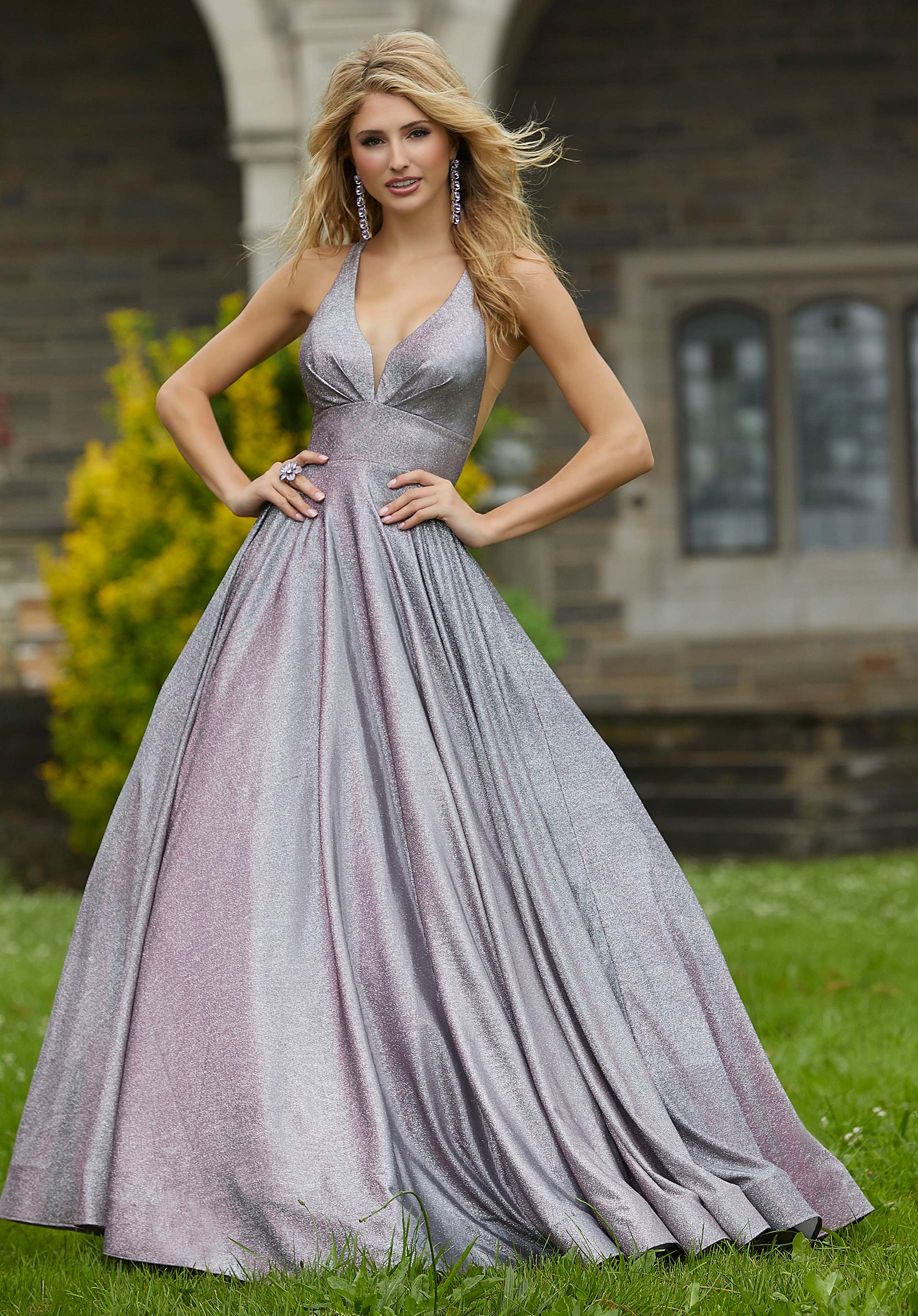