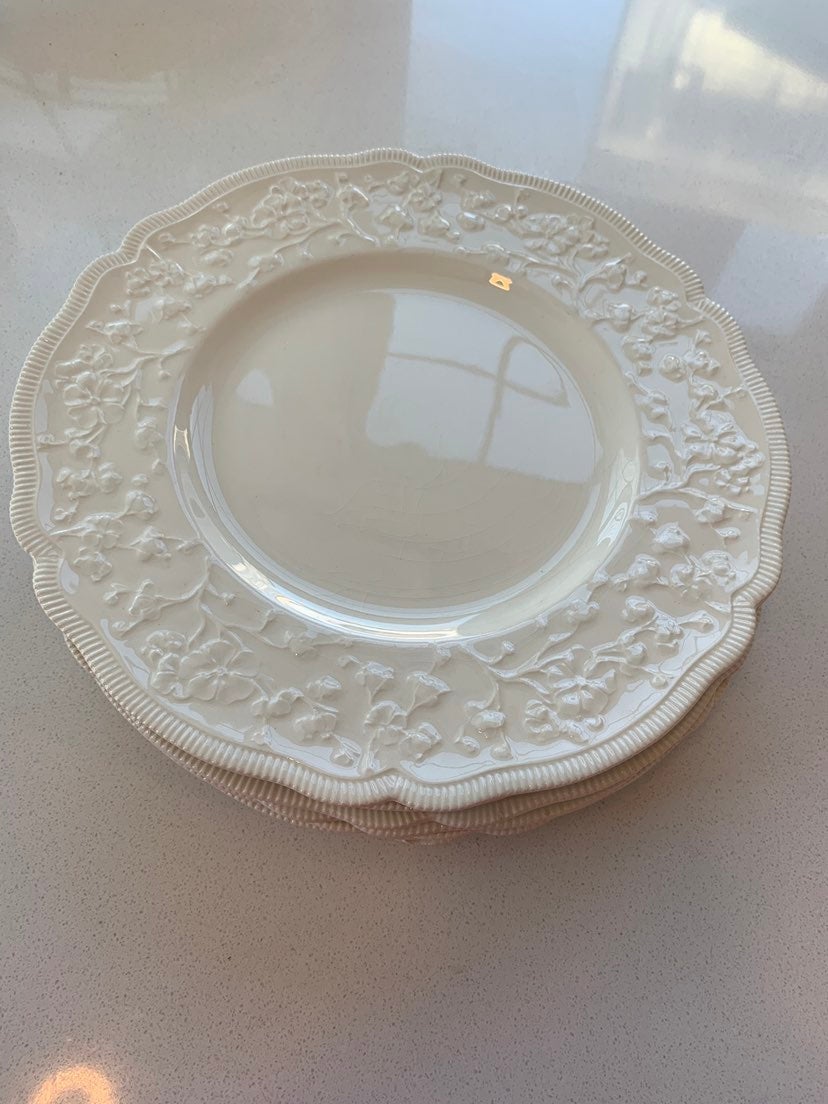 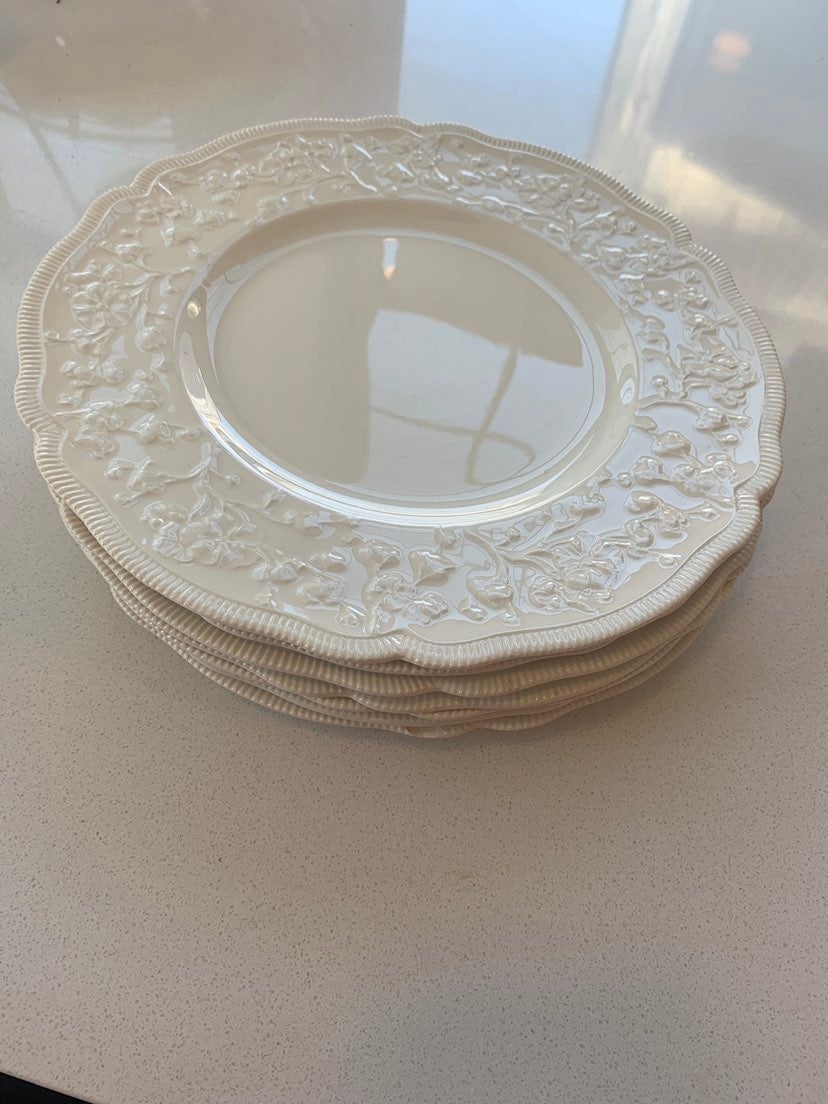 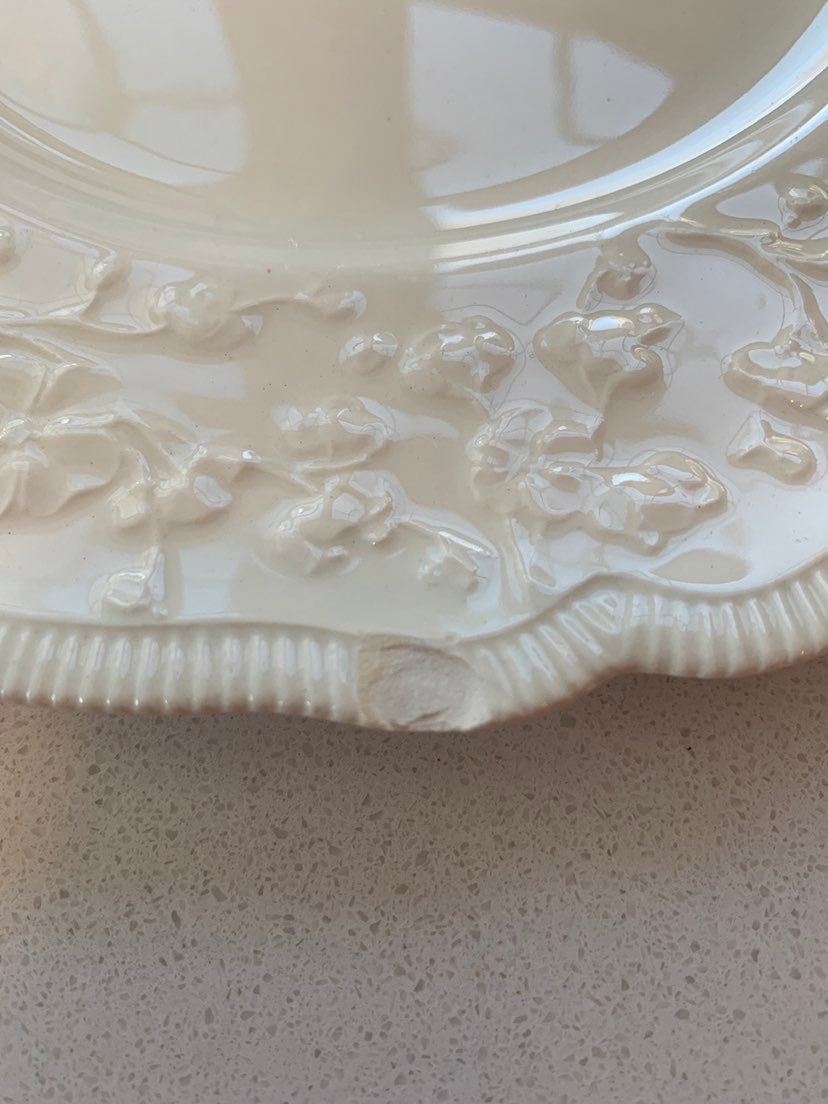 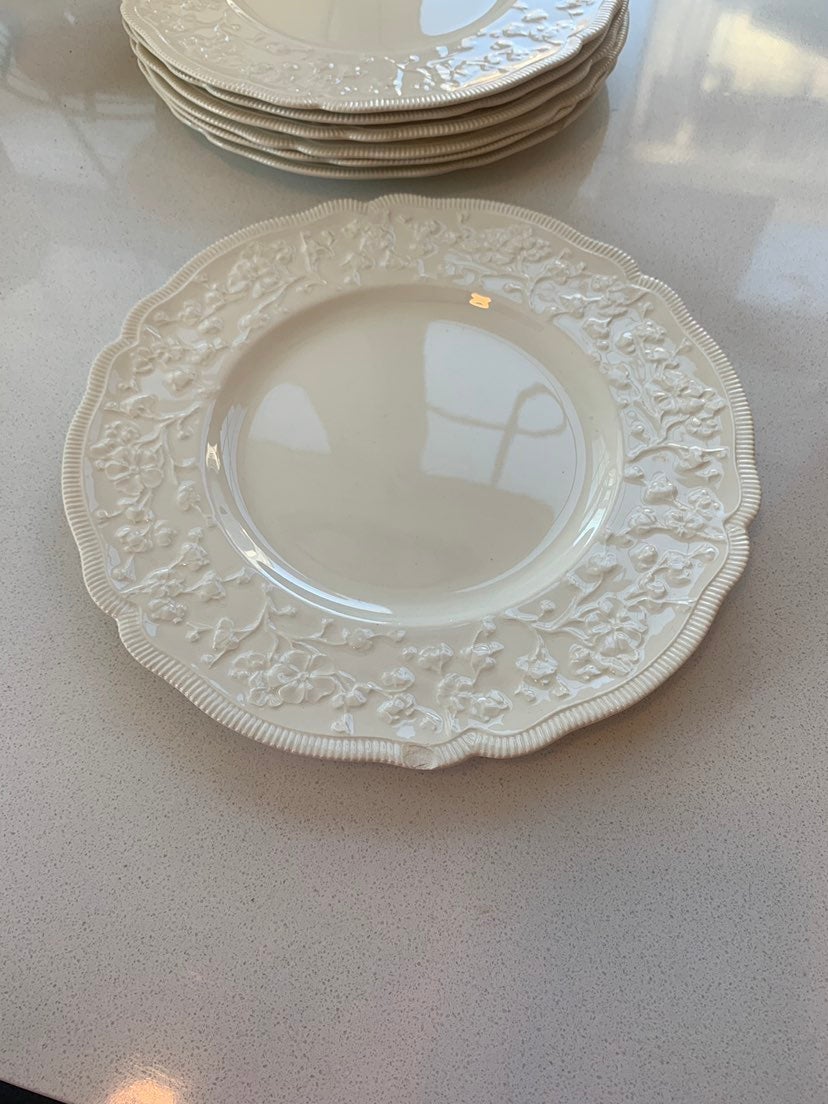 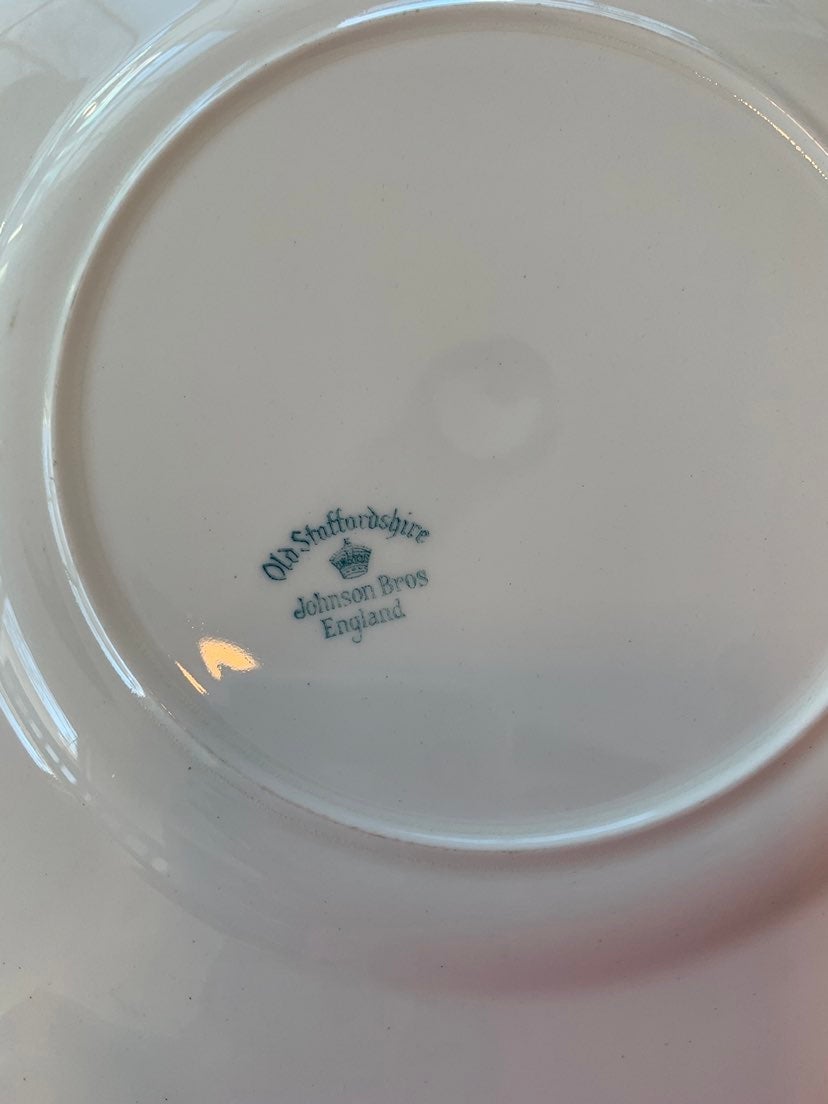 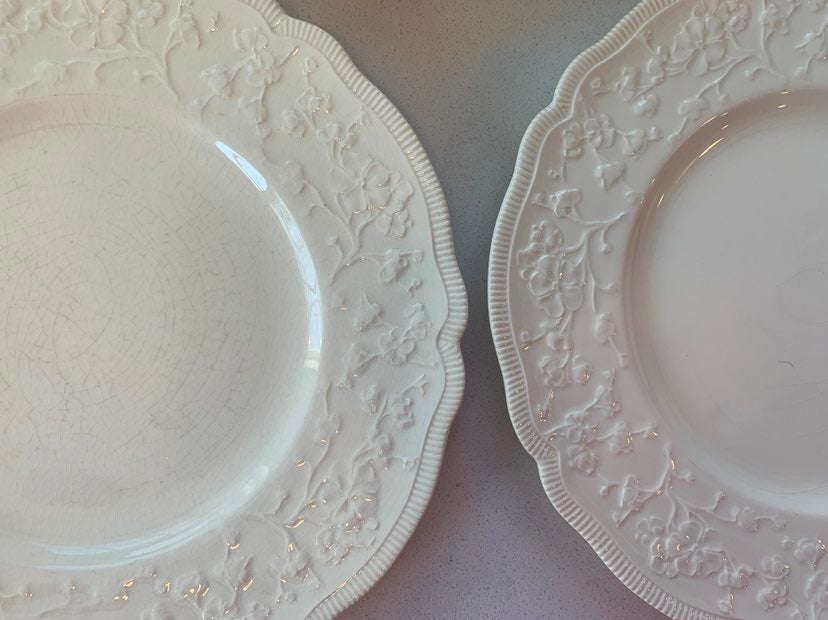 
The plates measure 10-1/2" in diameter, were produced by Johnson Brothers. This particular pattern is no longer being produced. These gorgeous plates feature a cream body, embossed floral rim, and scalloped edge.

One of the pages has a small chip on border (see photo #6). The plates are in excellent pre-owned condition, show minimal light surface wear. The embossed decor is in beautiful condition, the coloring is vivid with no fading, the glaze shines. A couple of the plates do show more wear, as shown in 5th photo with two of the plates side by side.

100% authentic, we carefully wrap each piece to ensure safe and worry-free delivery to you. Please let me know if you have any questions. 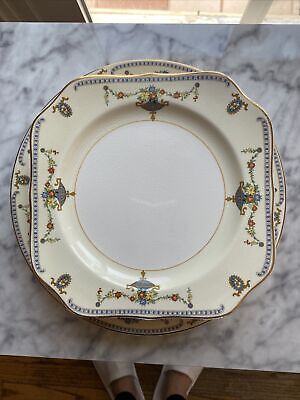 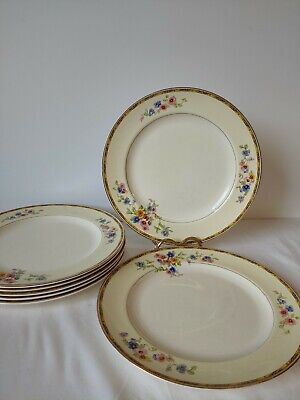 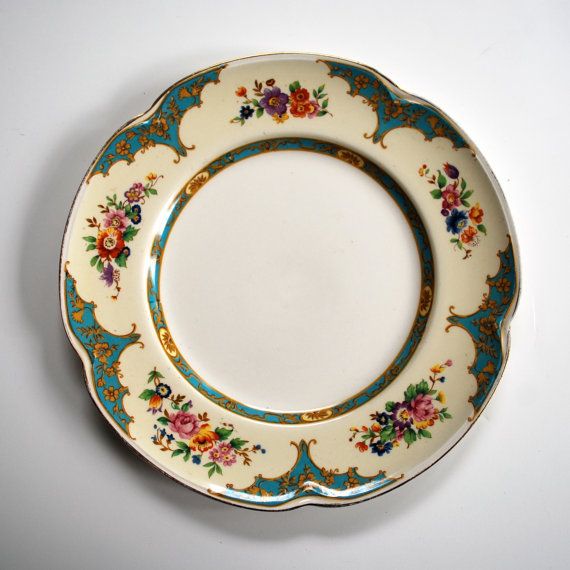 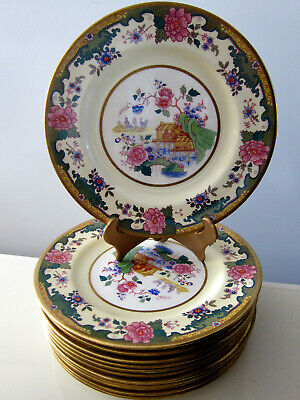 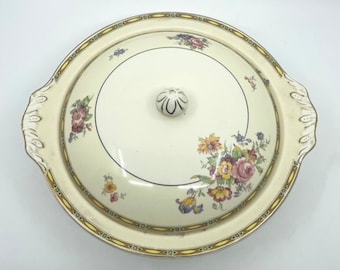 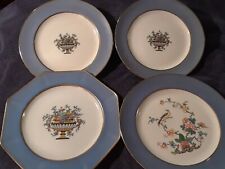 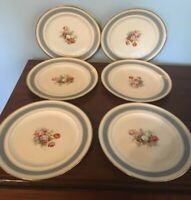 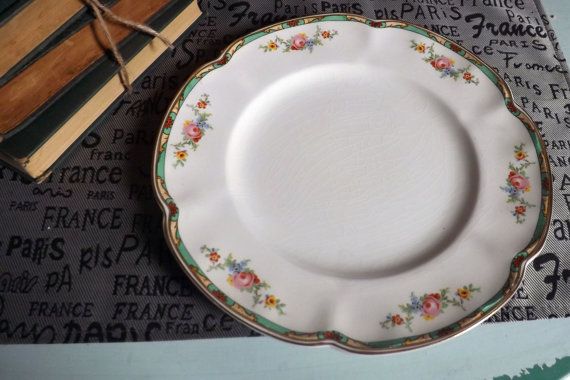 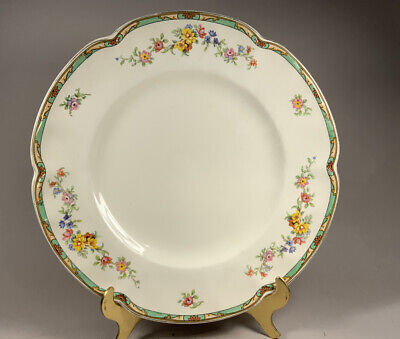 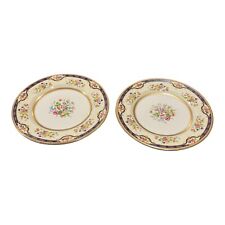 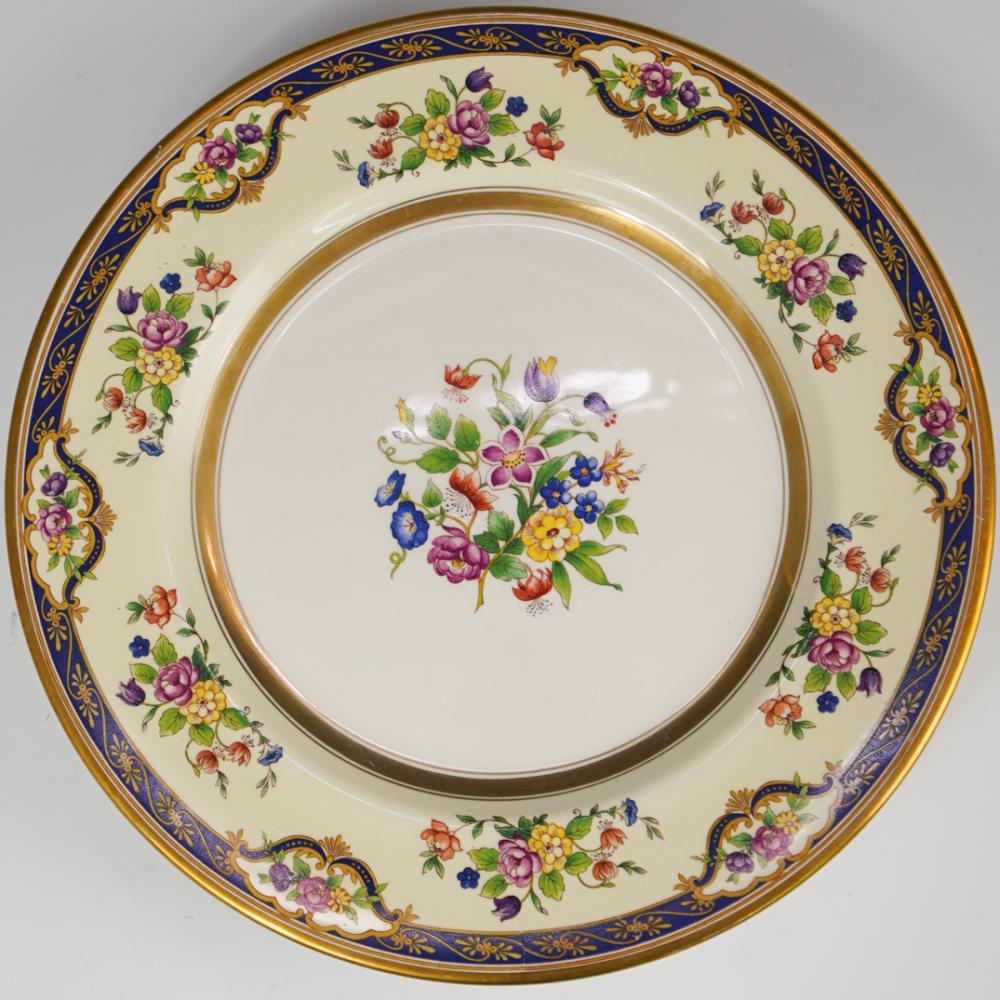 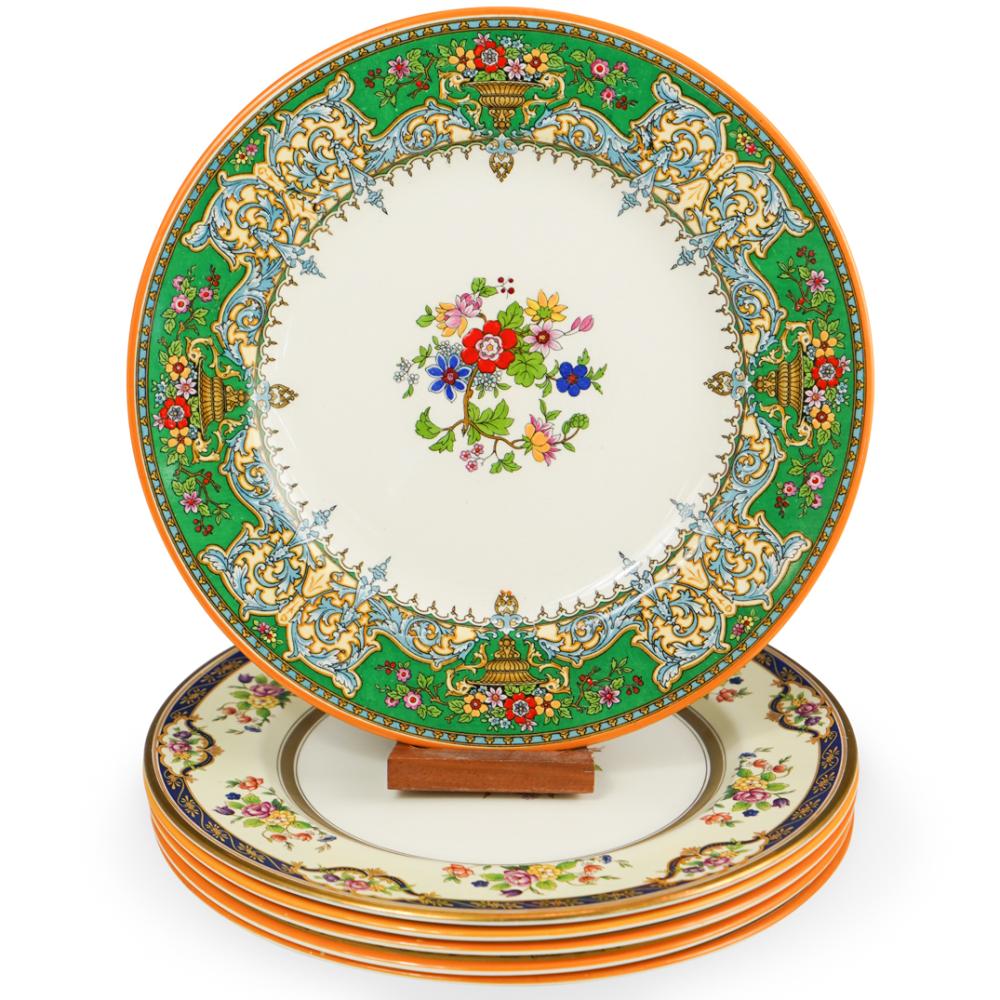 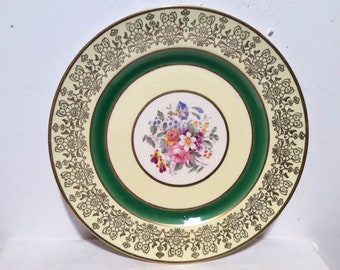 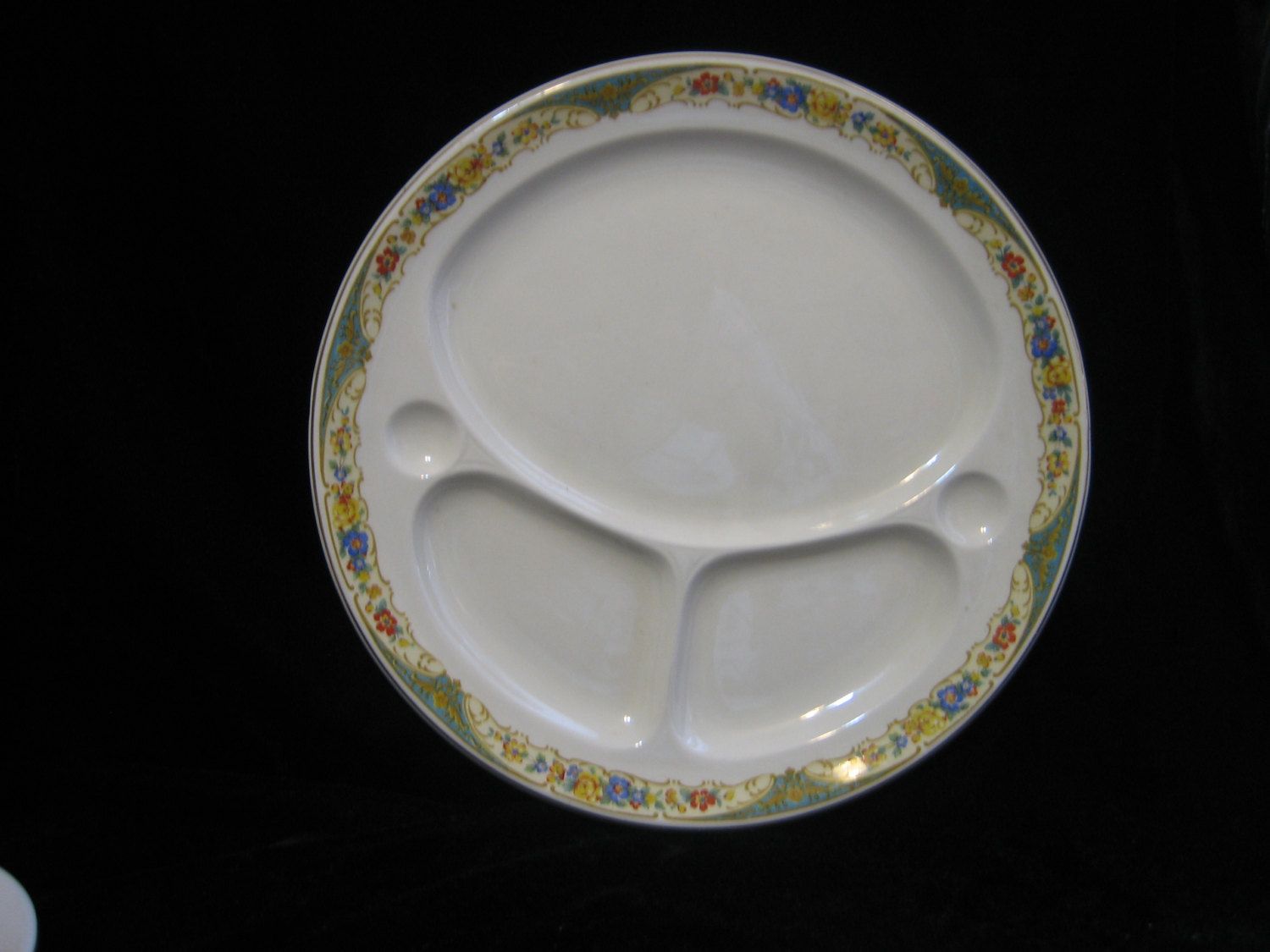 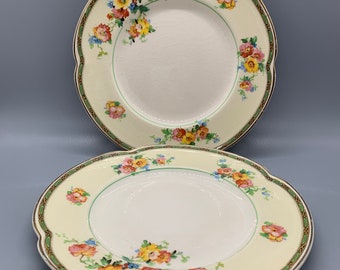 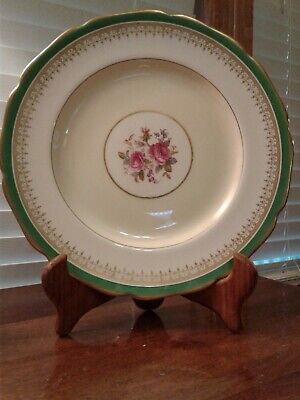