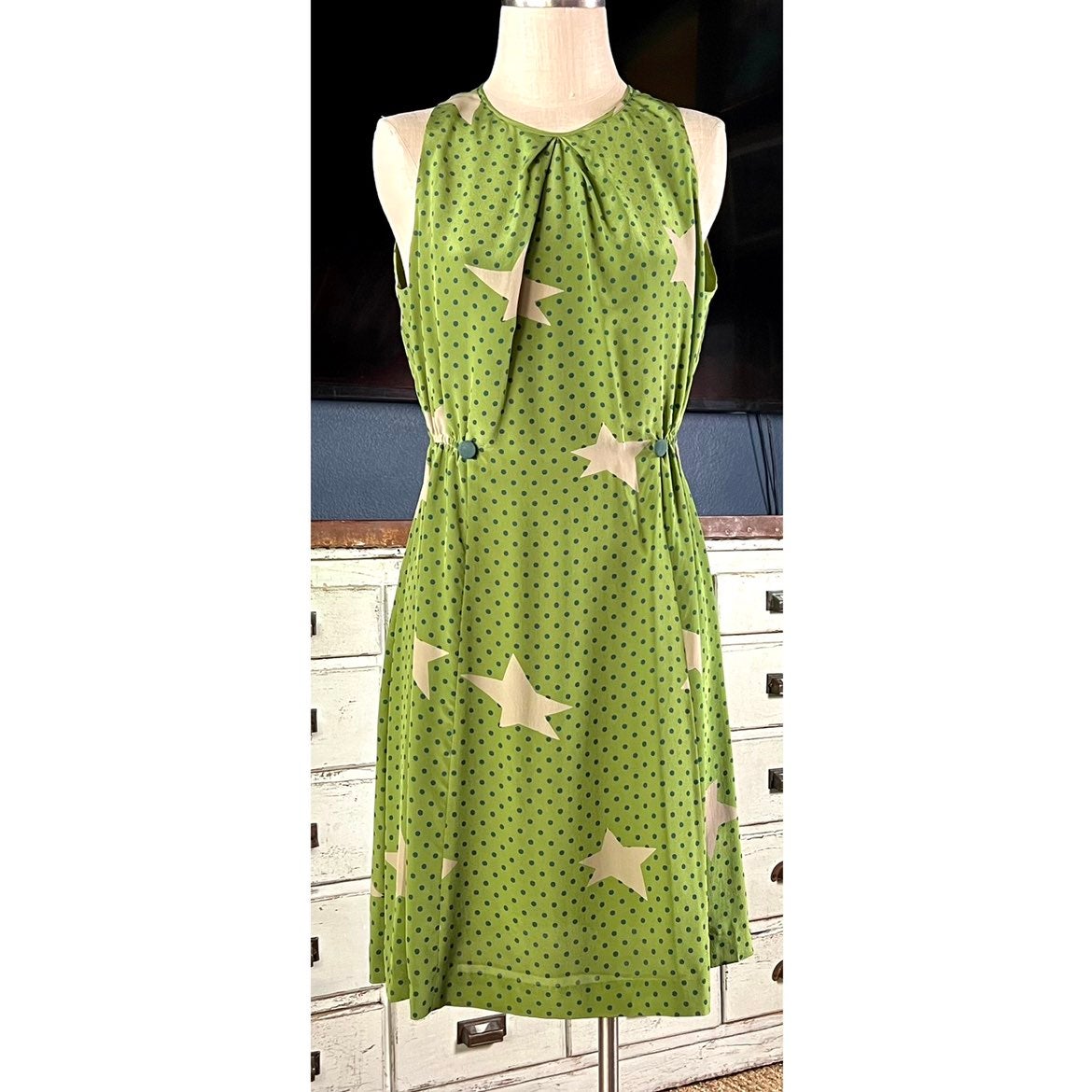 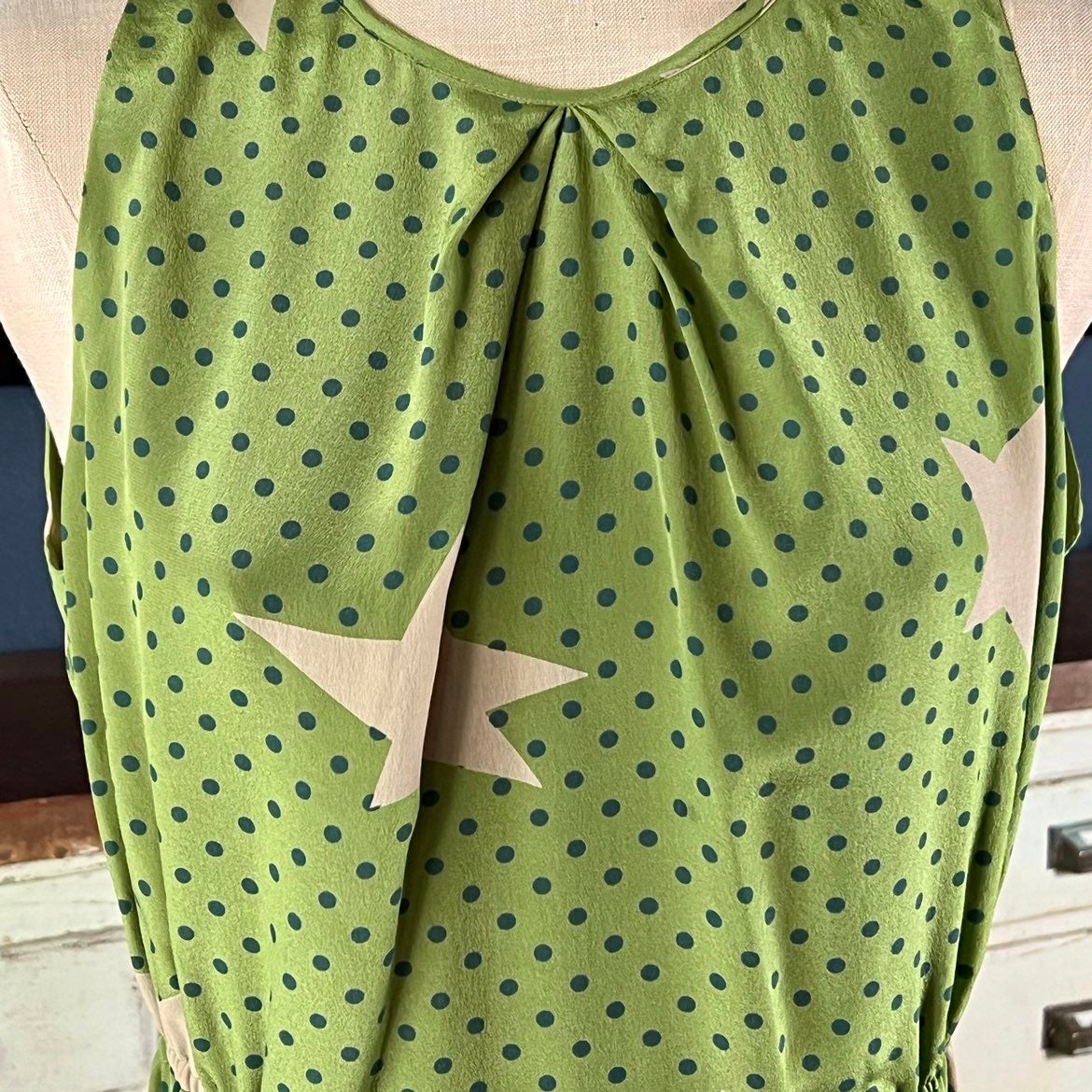 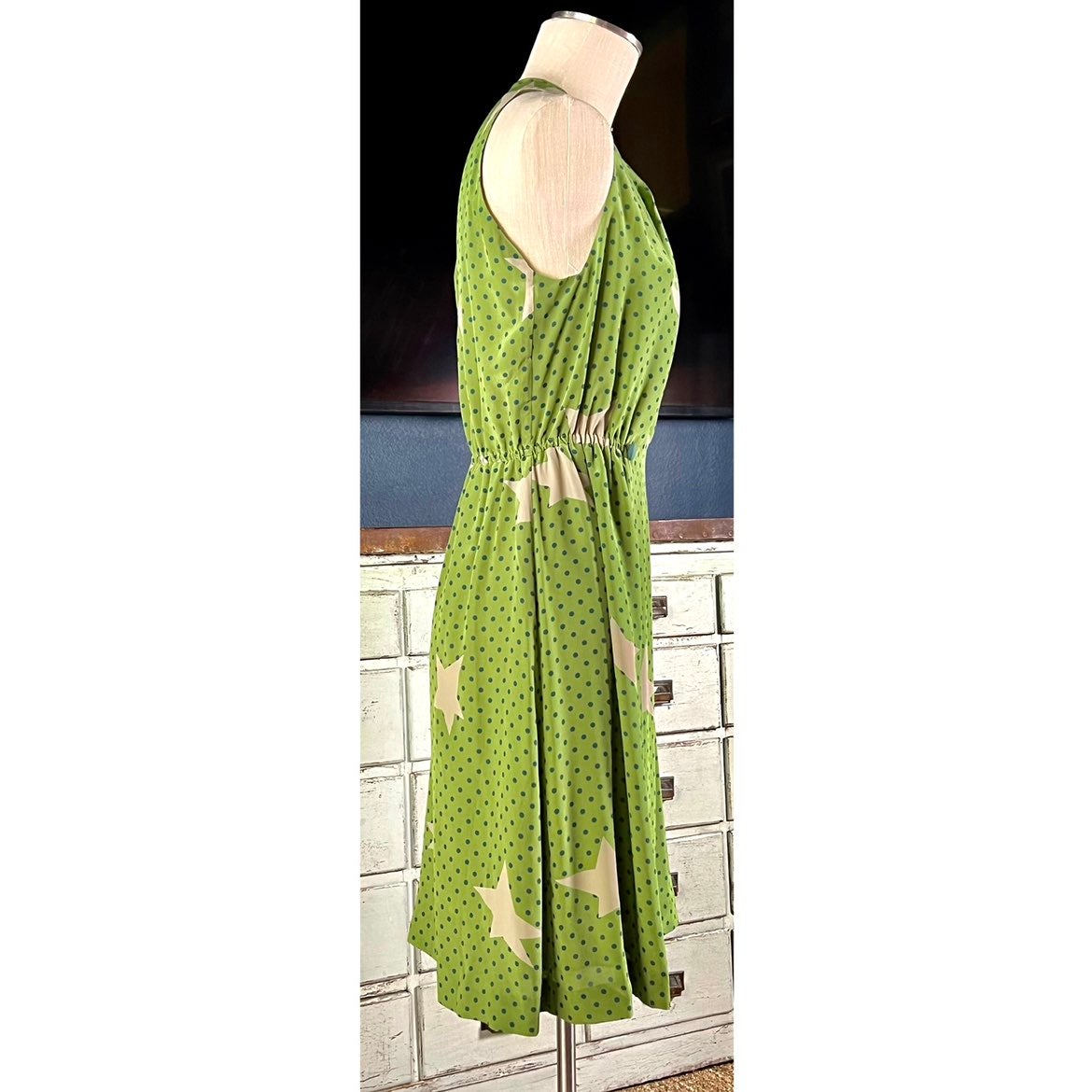 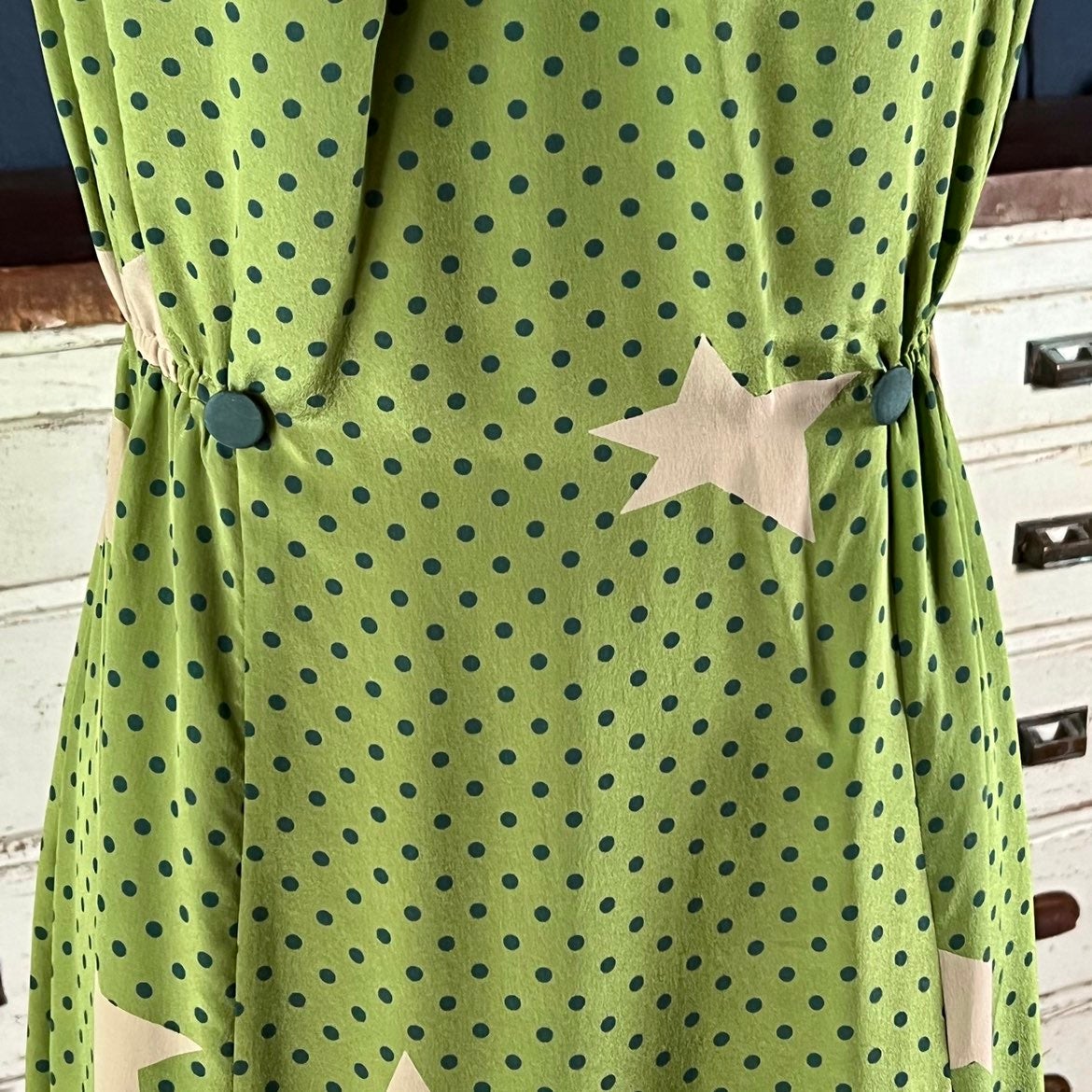 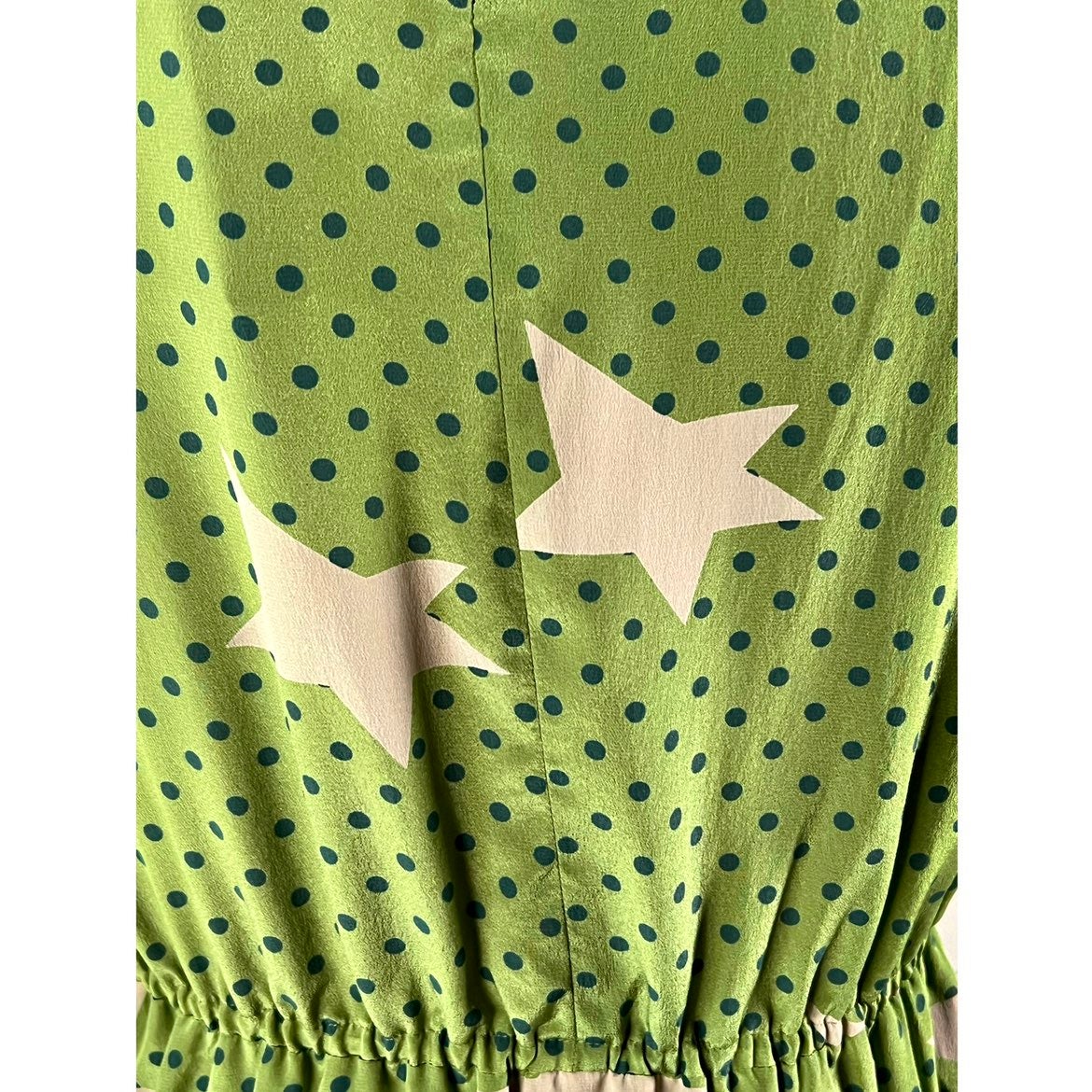 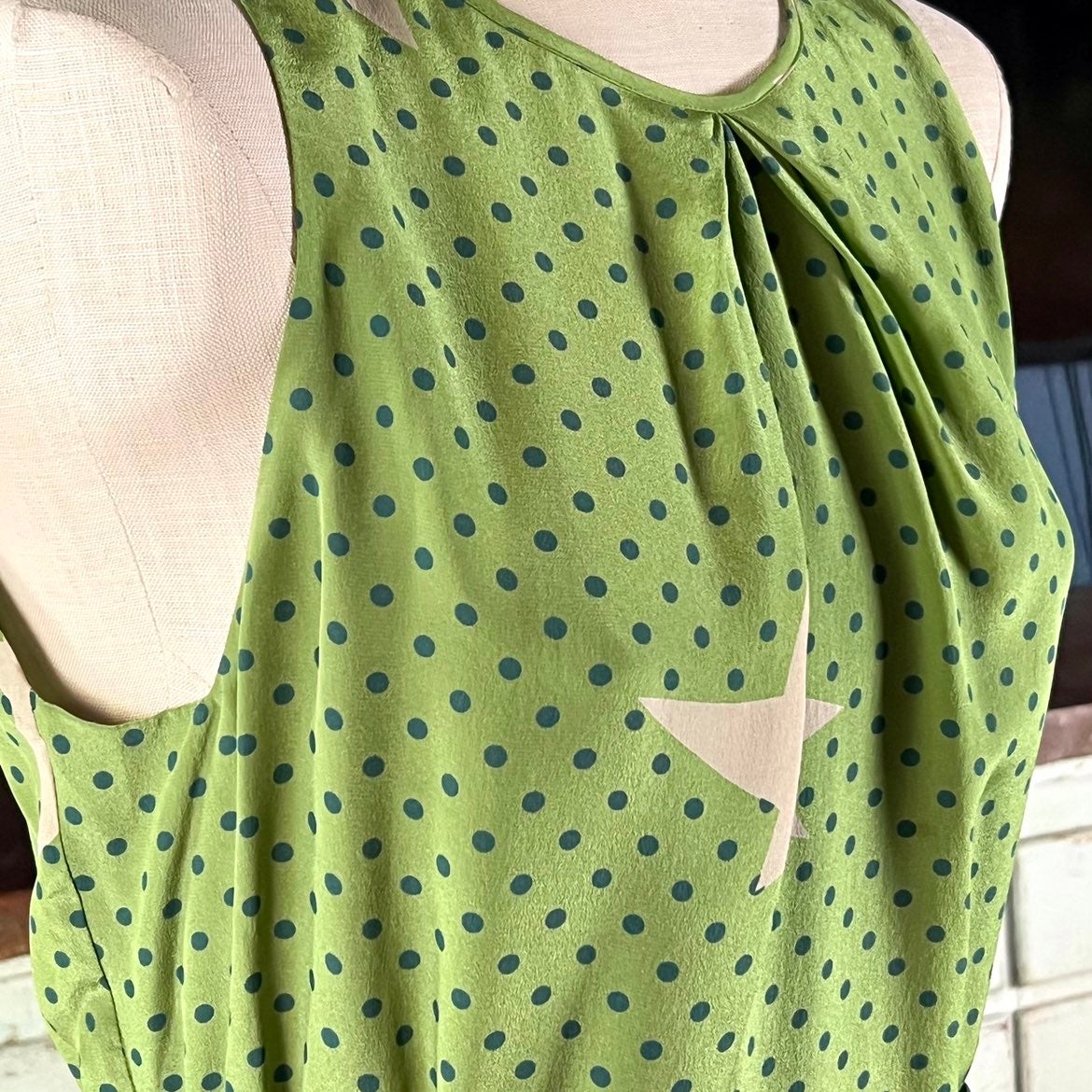 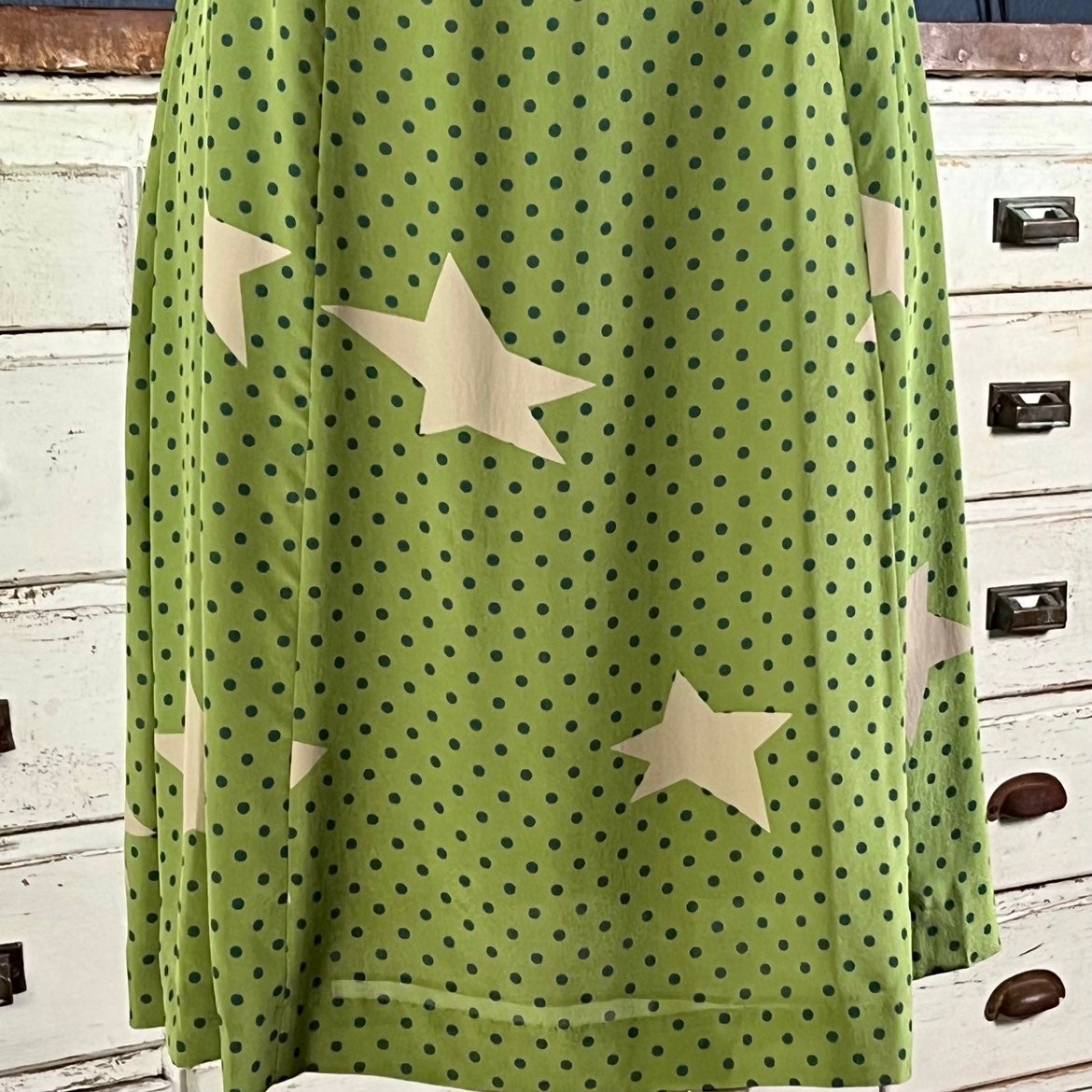 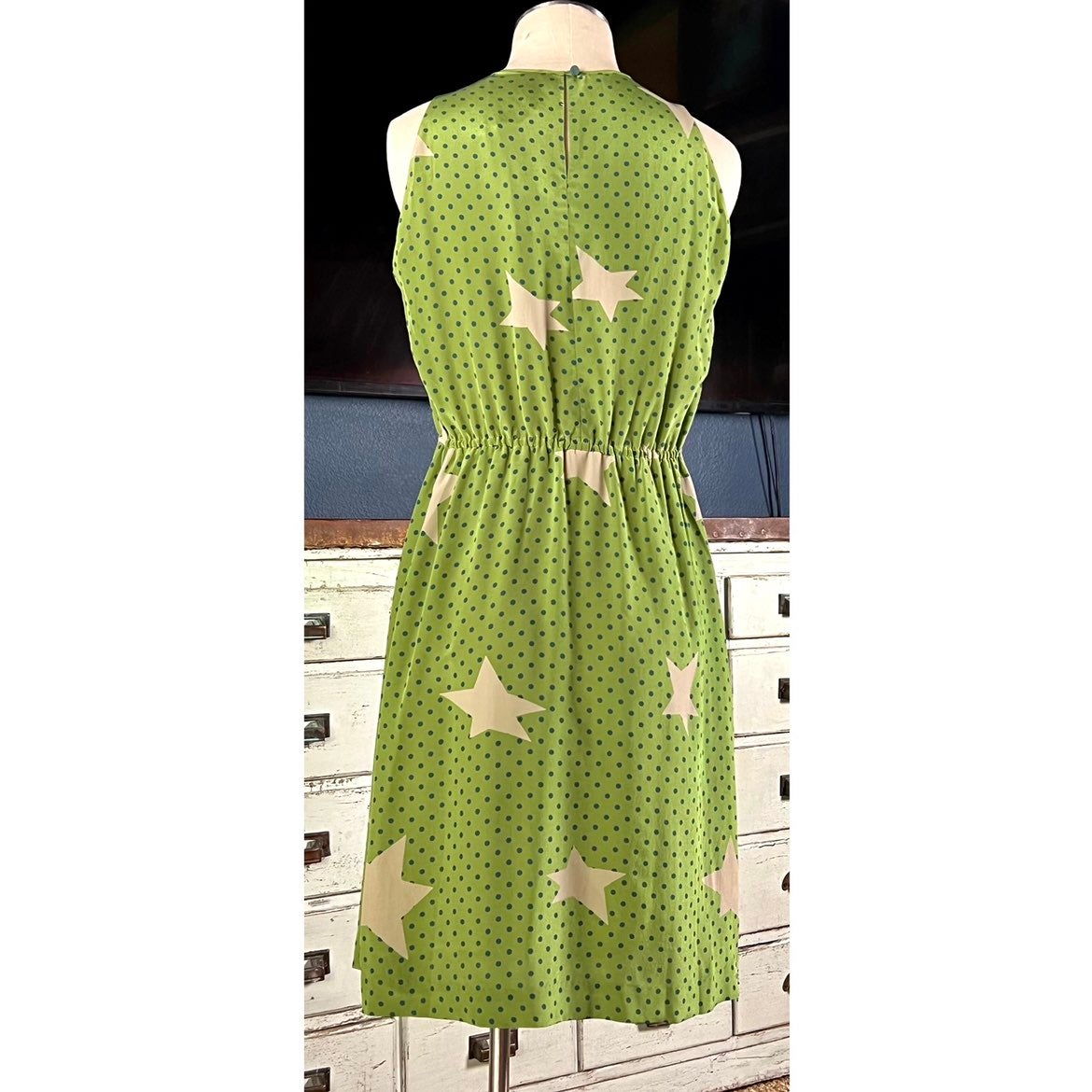 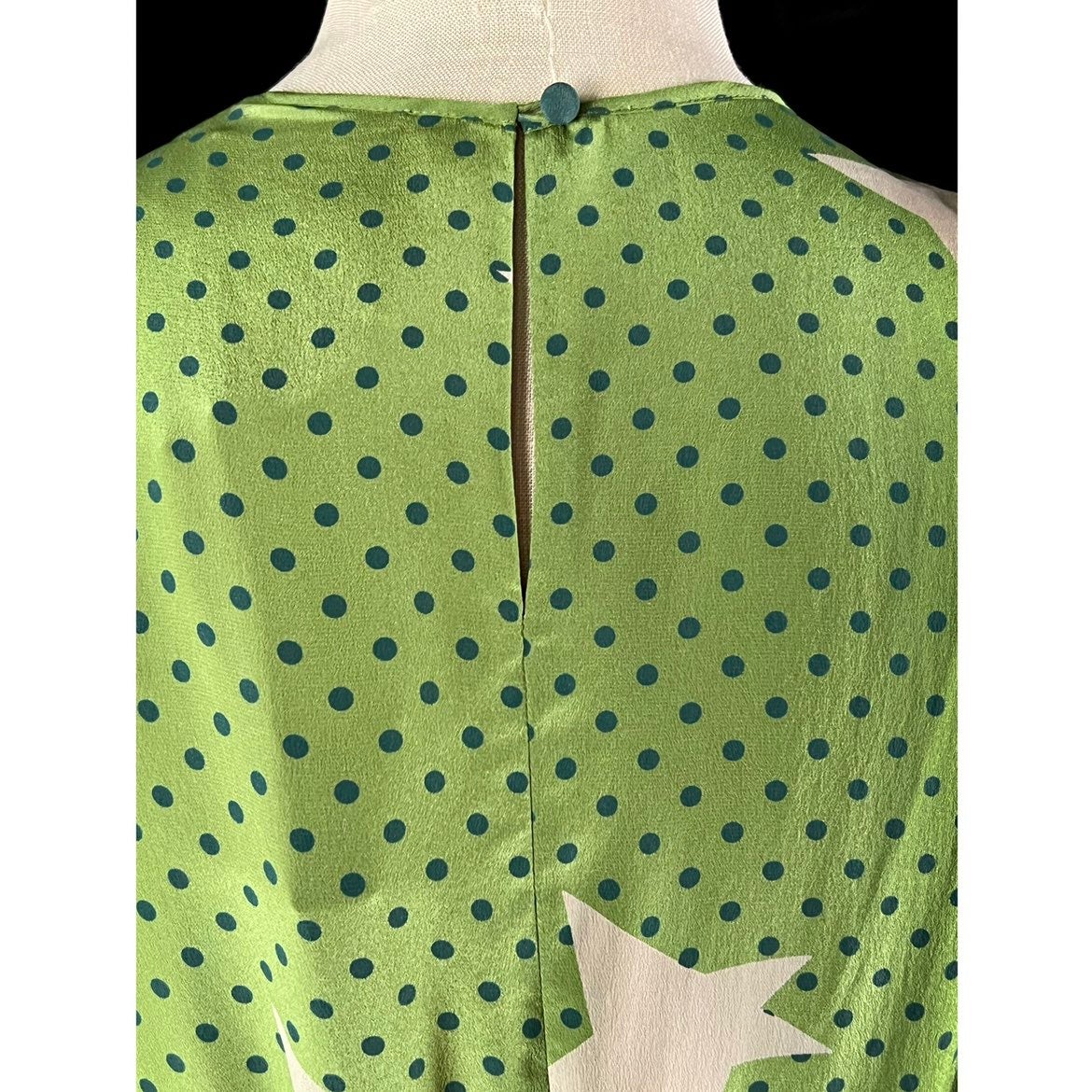 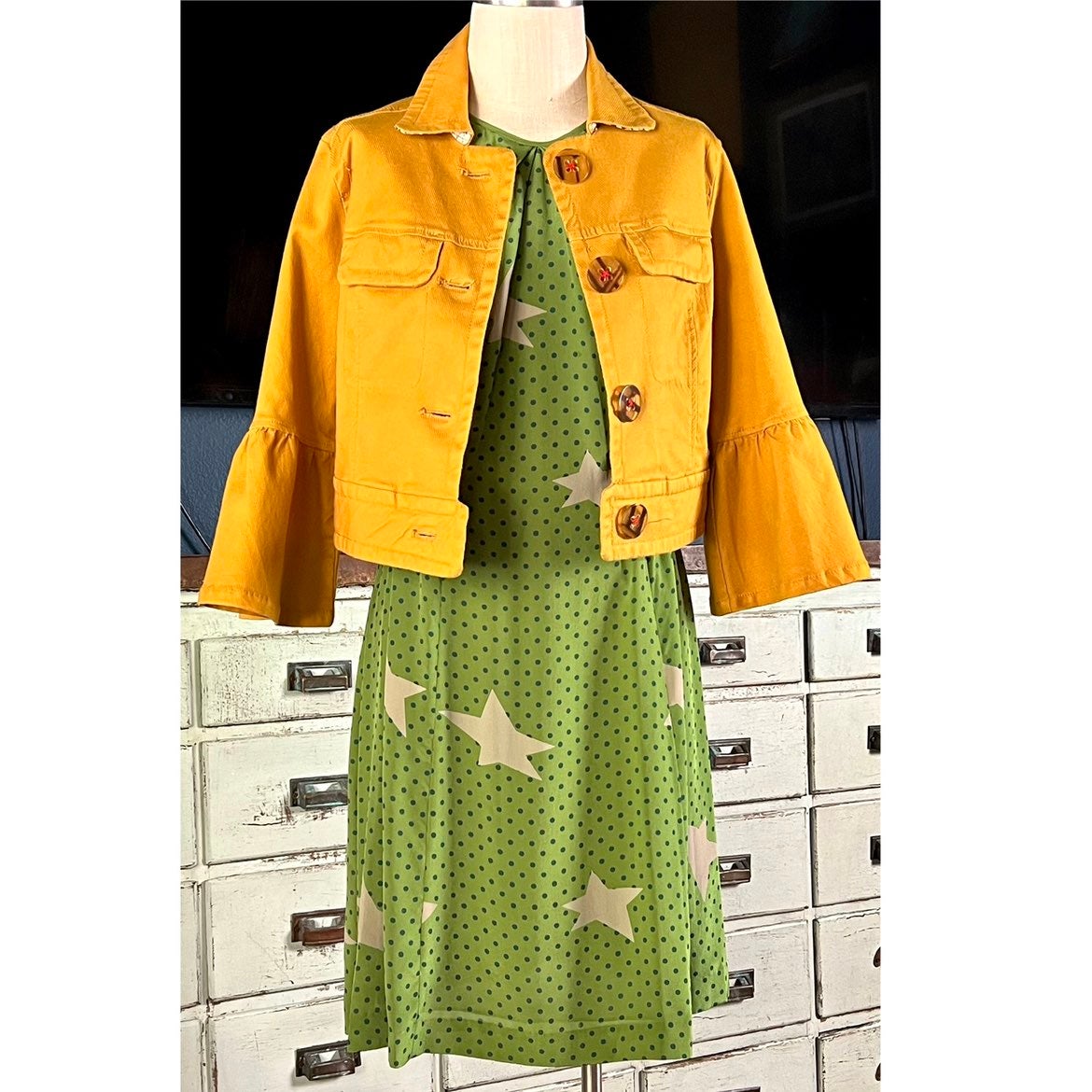 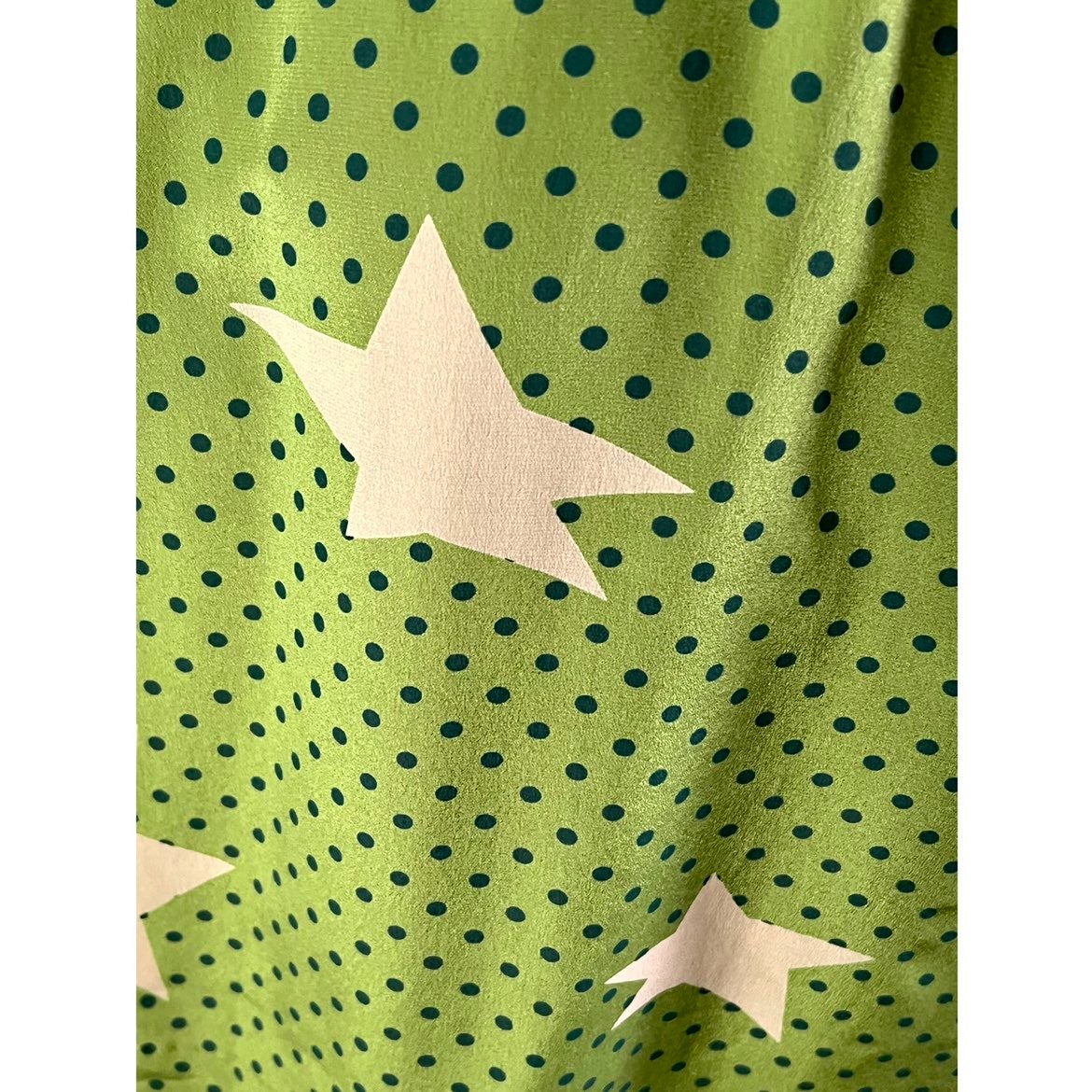 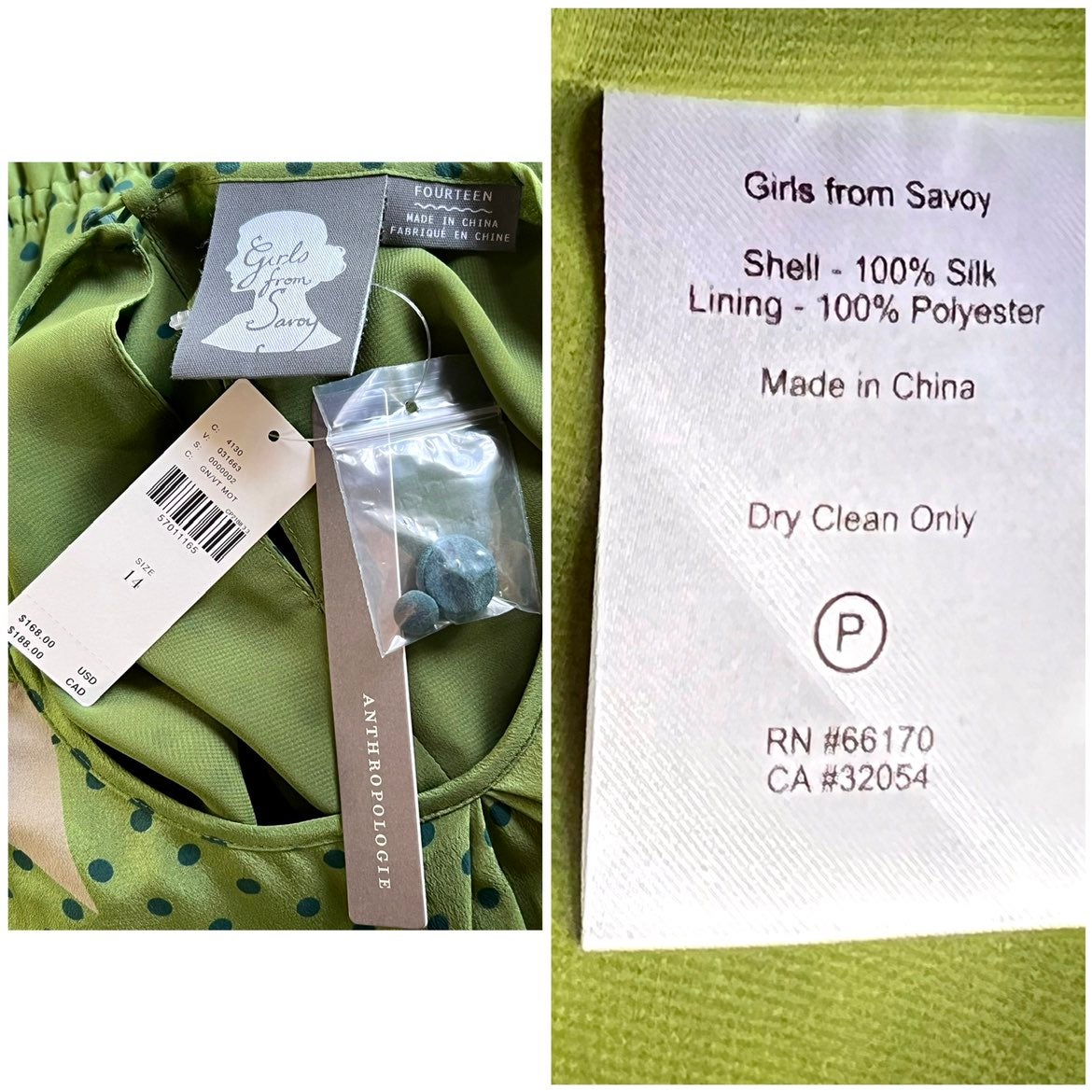 This whimsical mini dress by Girls From Savoy is 100% silk.

The retro green color is paired with navy polka dots & large cream stars. The top has a flattering gathered bodice.The waist is elastic decorative buttons in the front.The pretty dress is lined & has a sweet keyhole button back.

In one of the pictures the dress is paired with Anthropologie Joanna Trucker Jacket (S) available for purchase separately in my store. 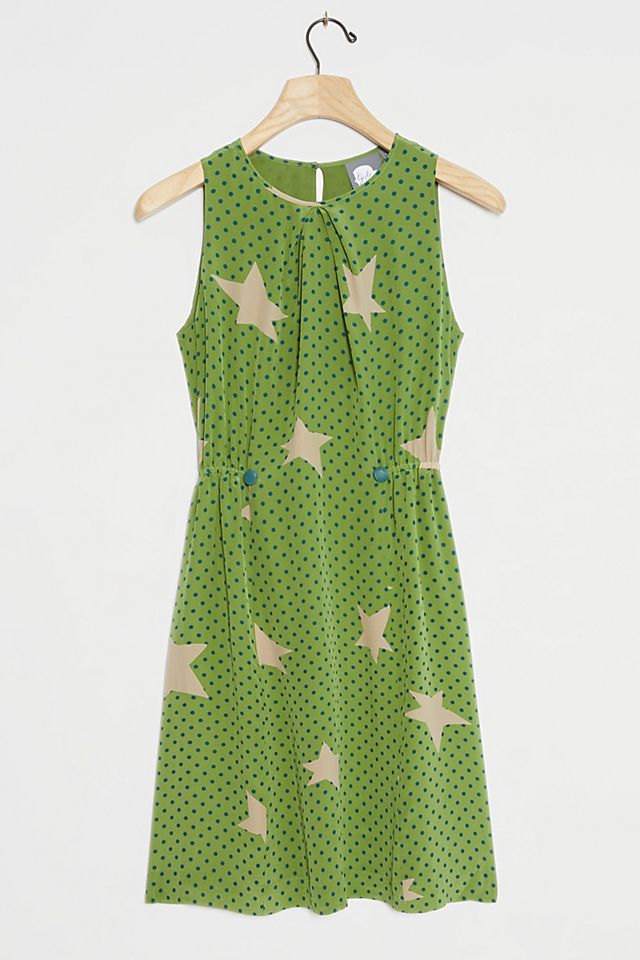 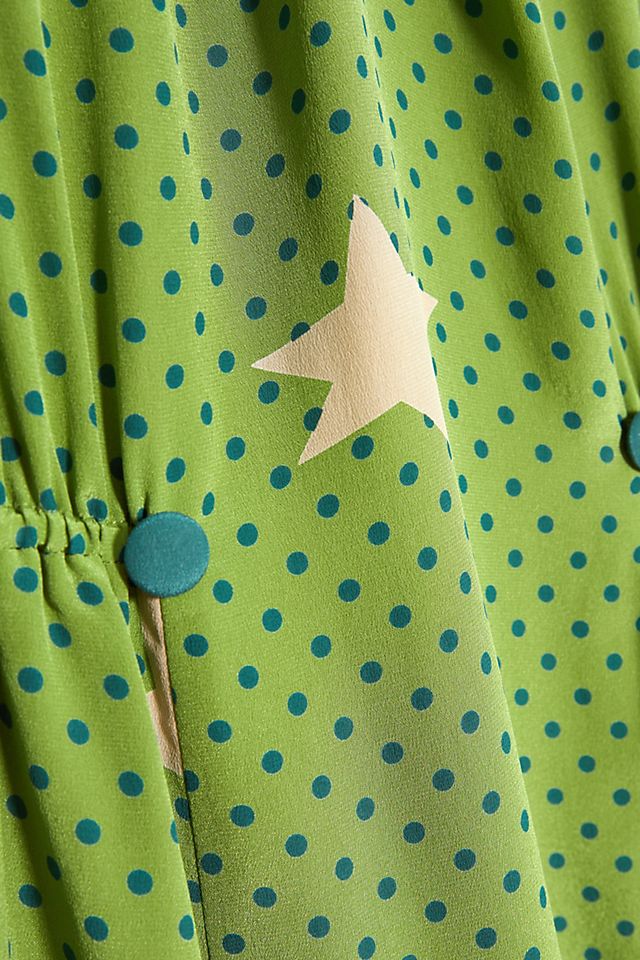 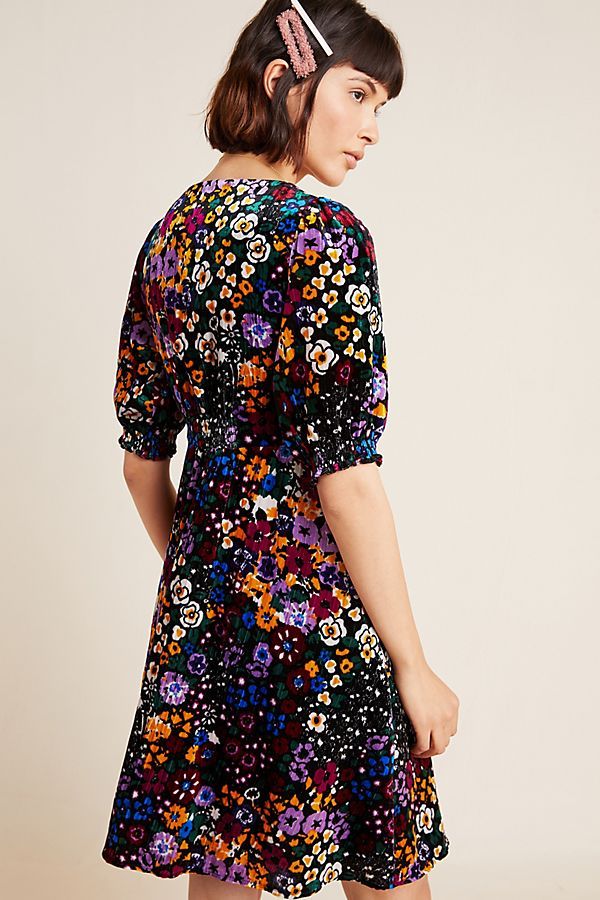 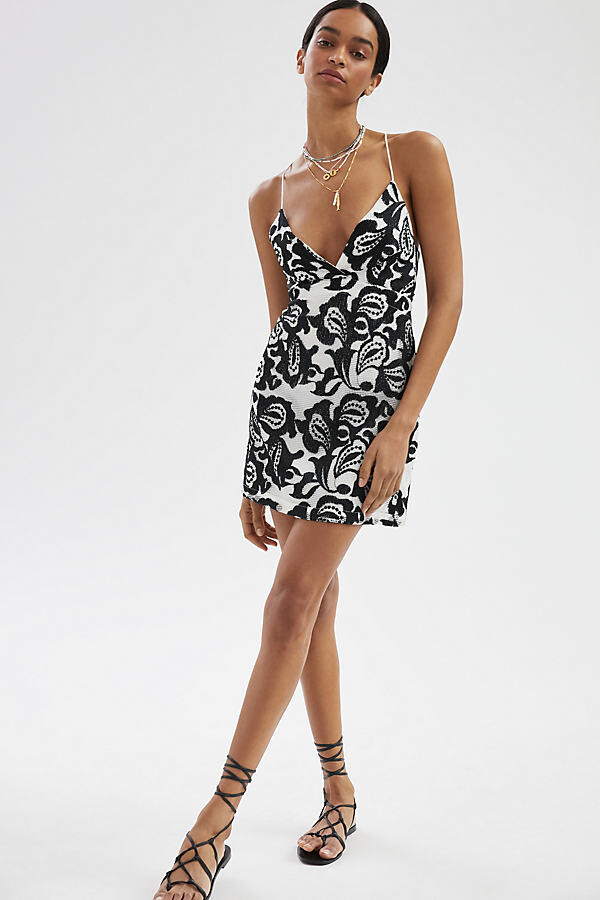 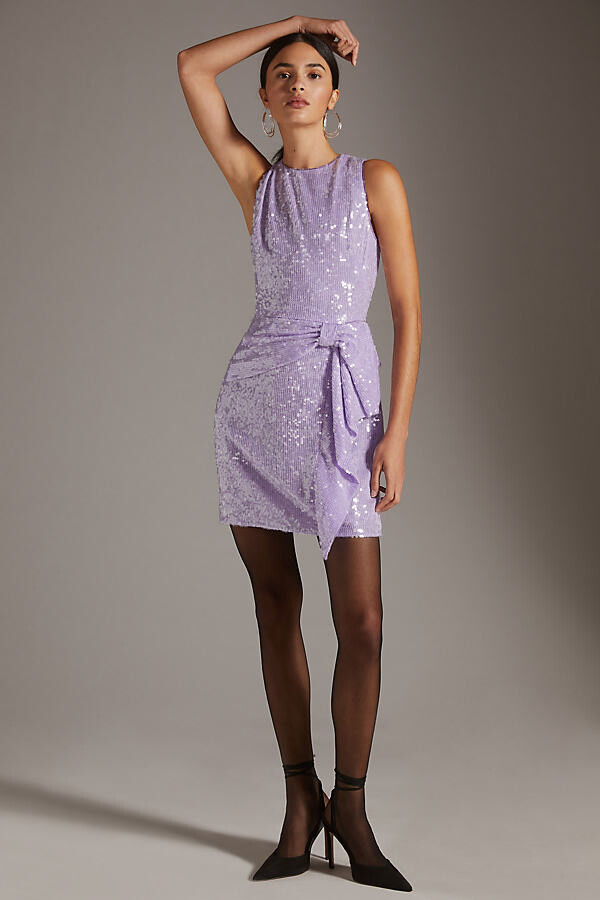 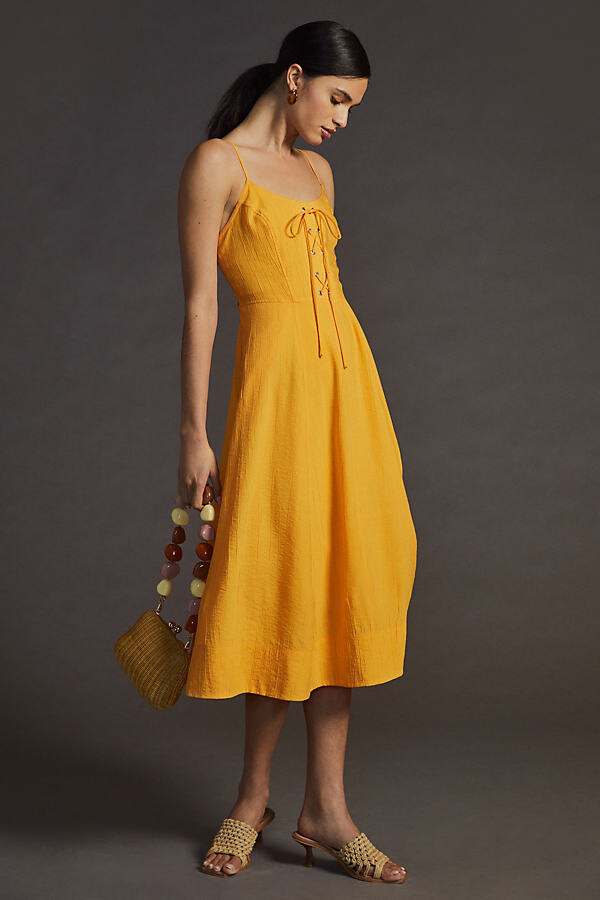 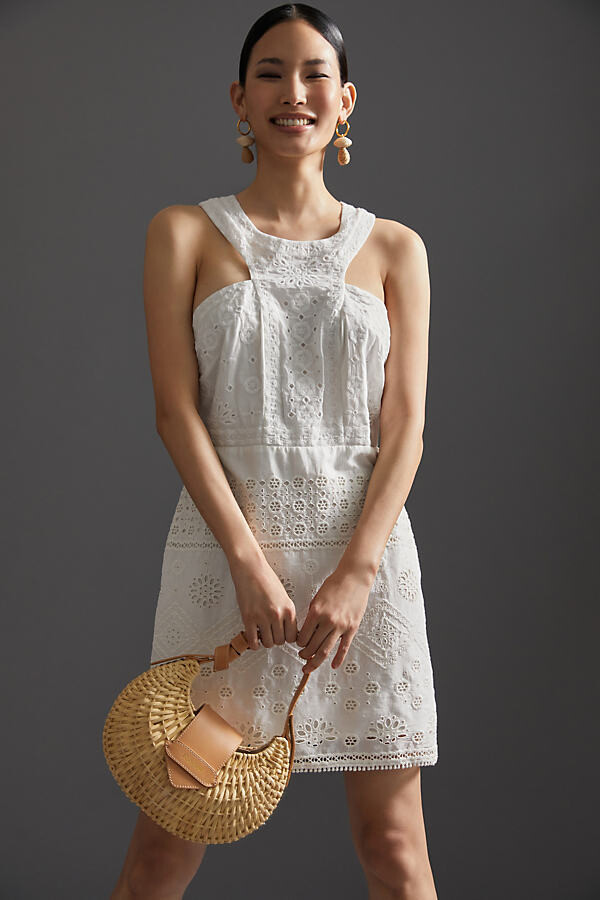 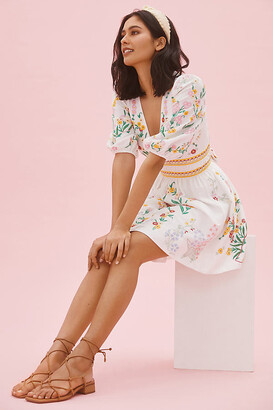 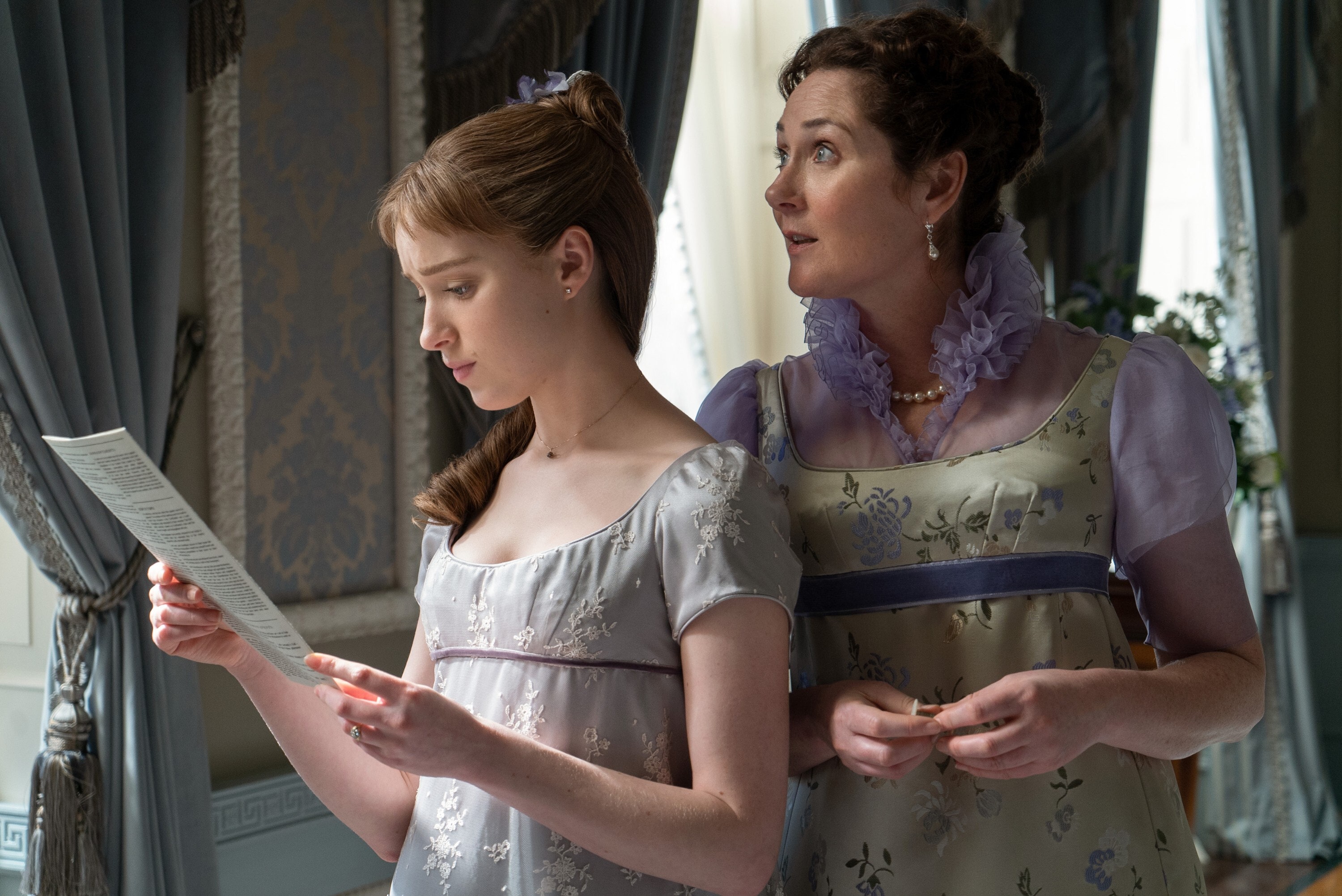 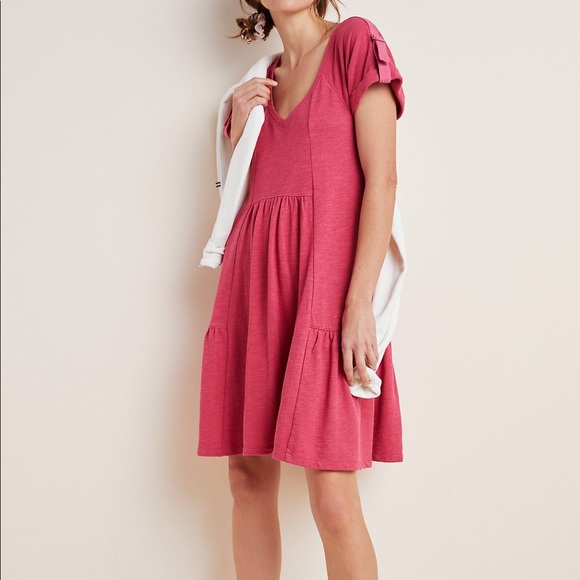 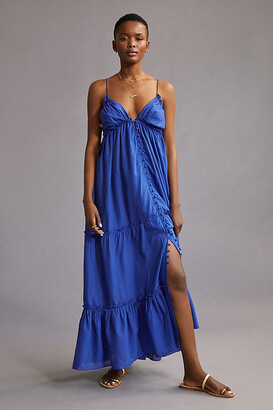 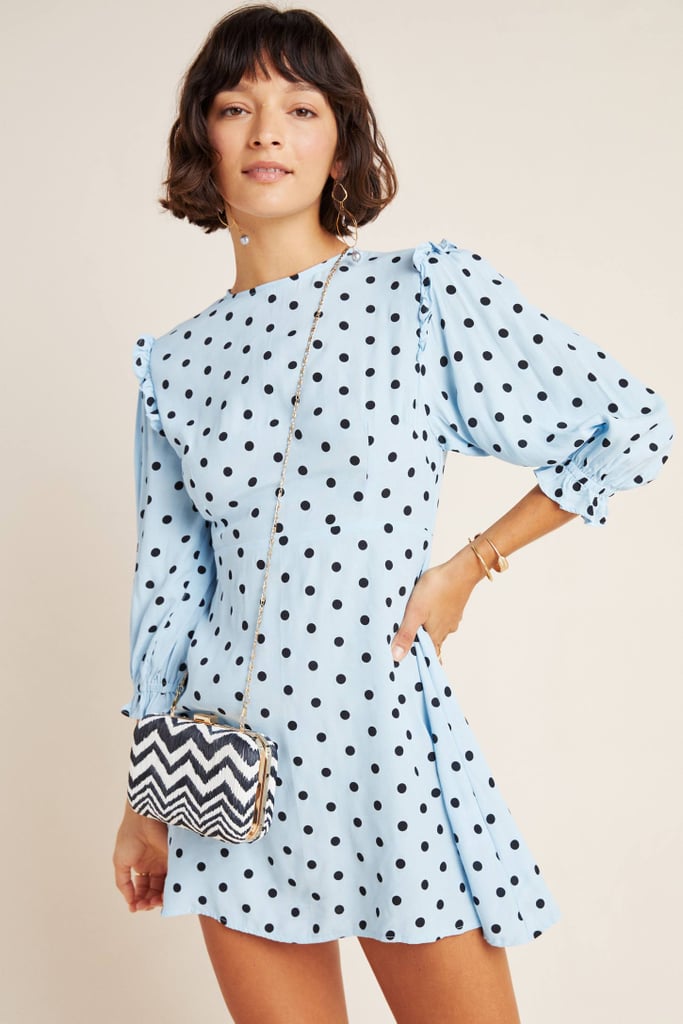 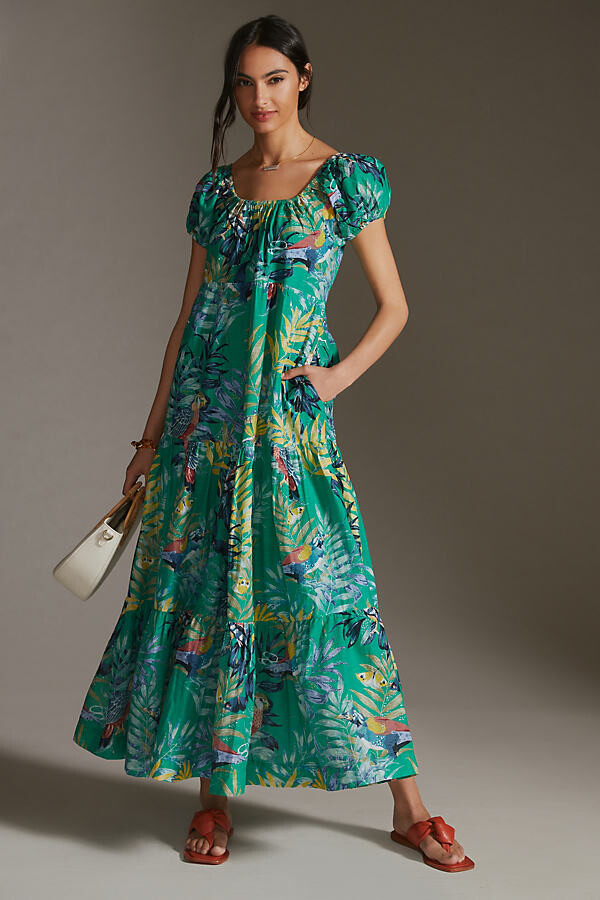 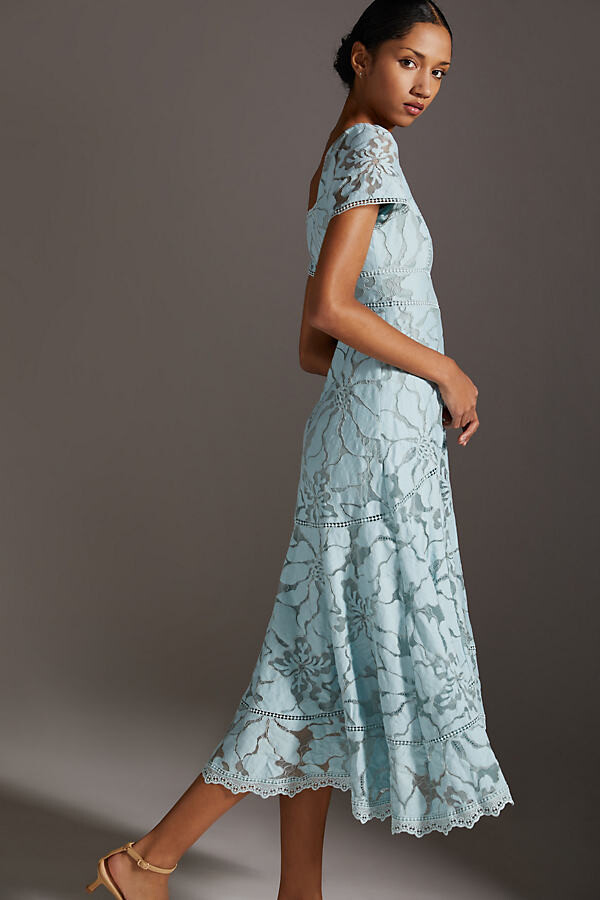 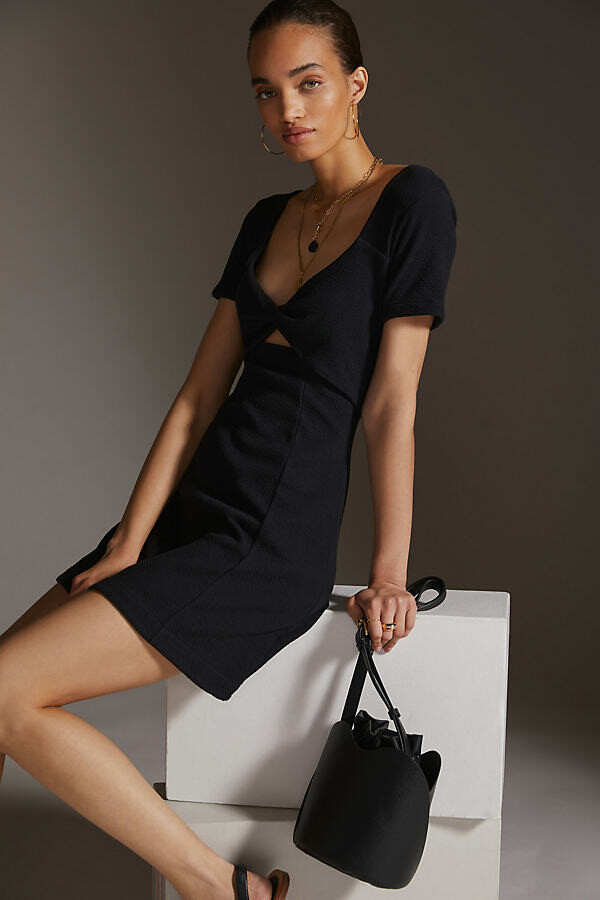 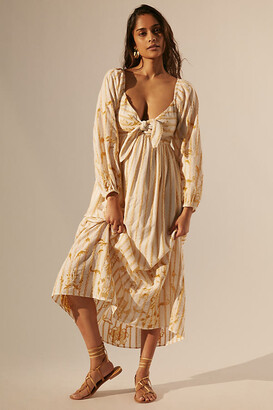 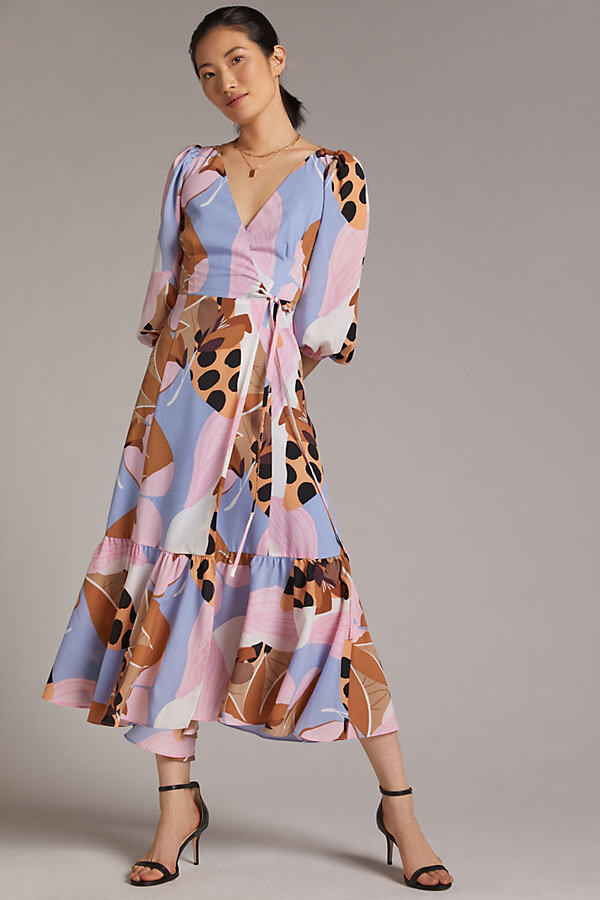