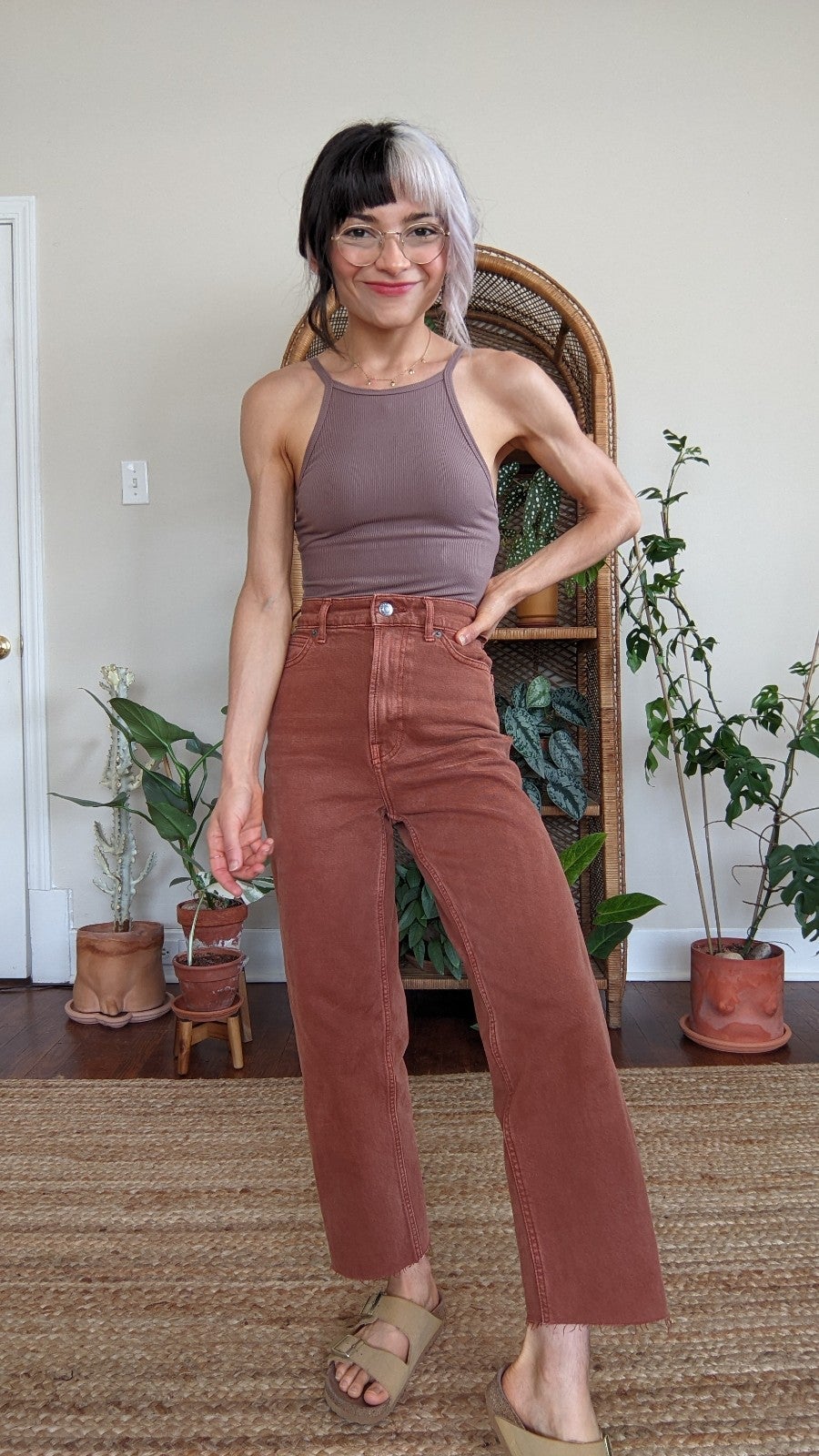 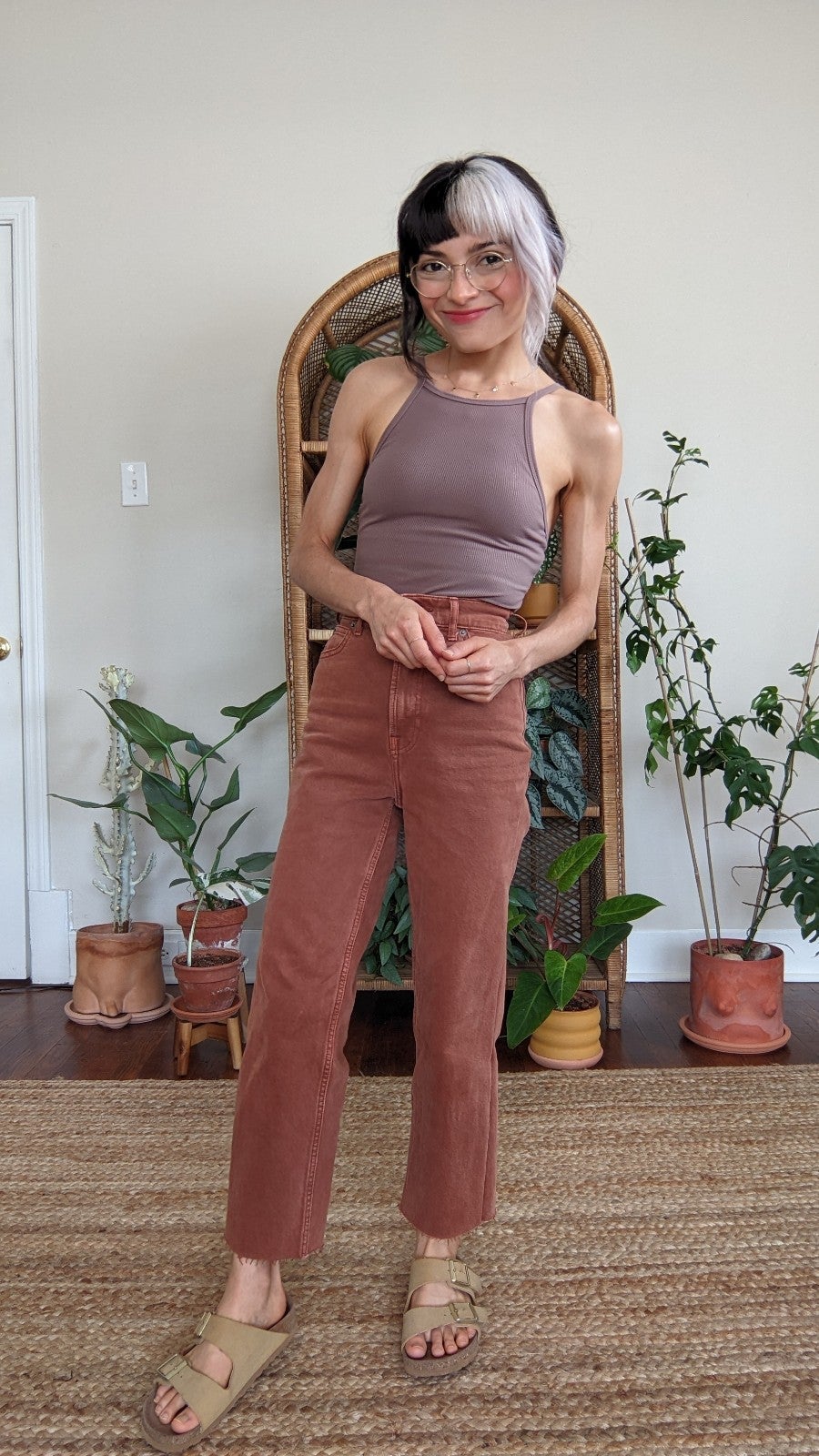 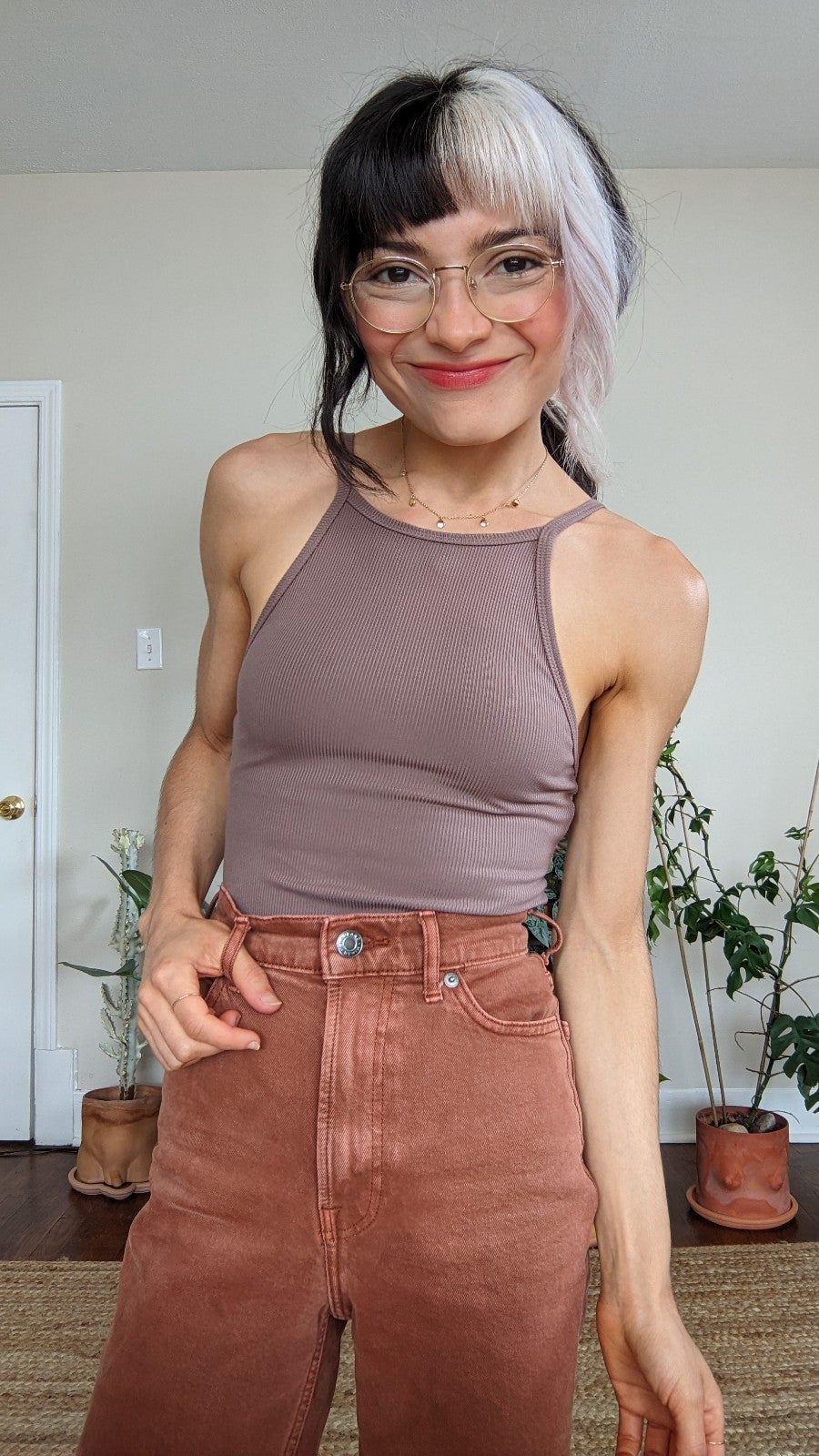 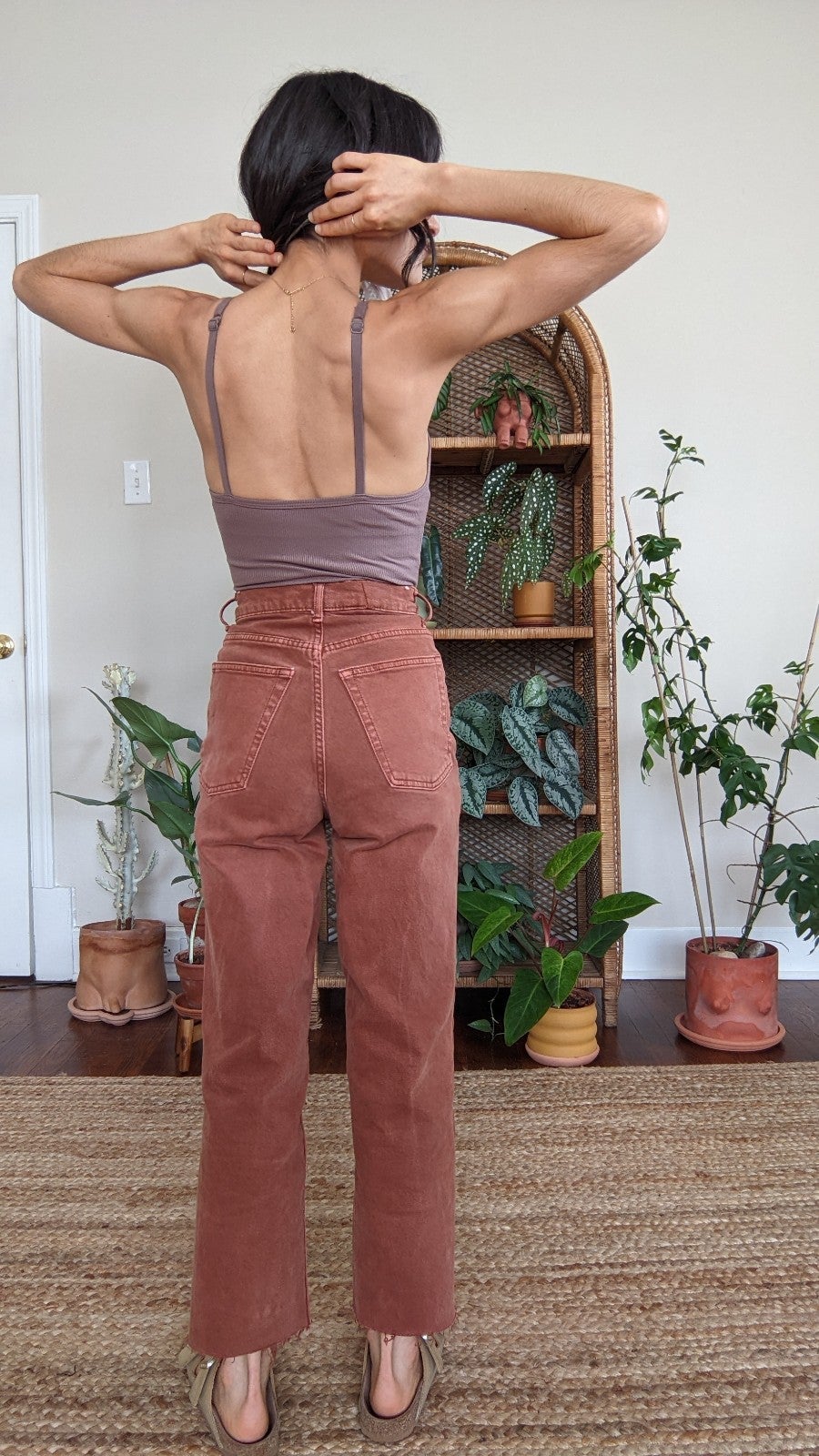 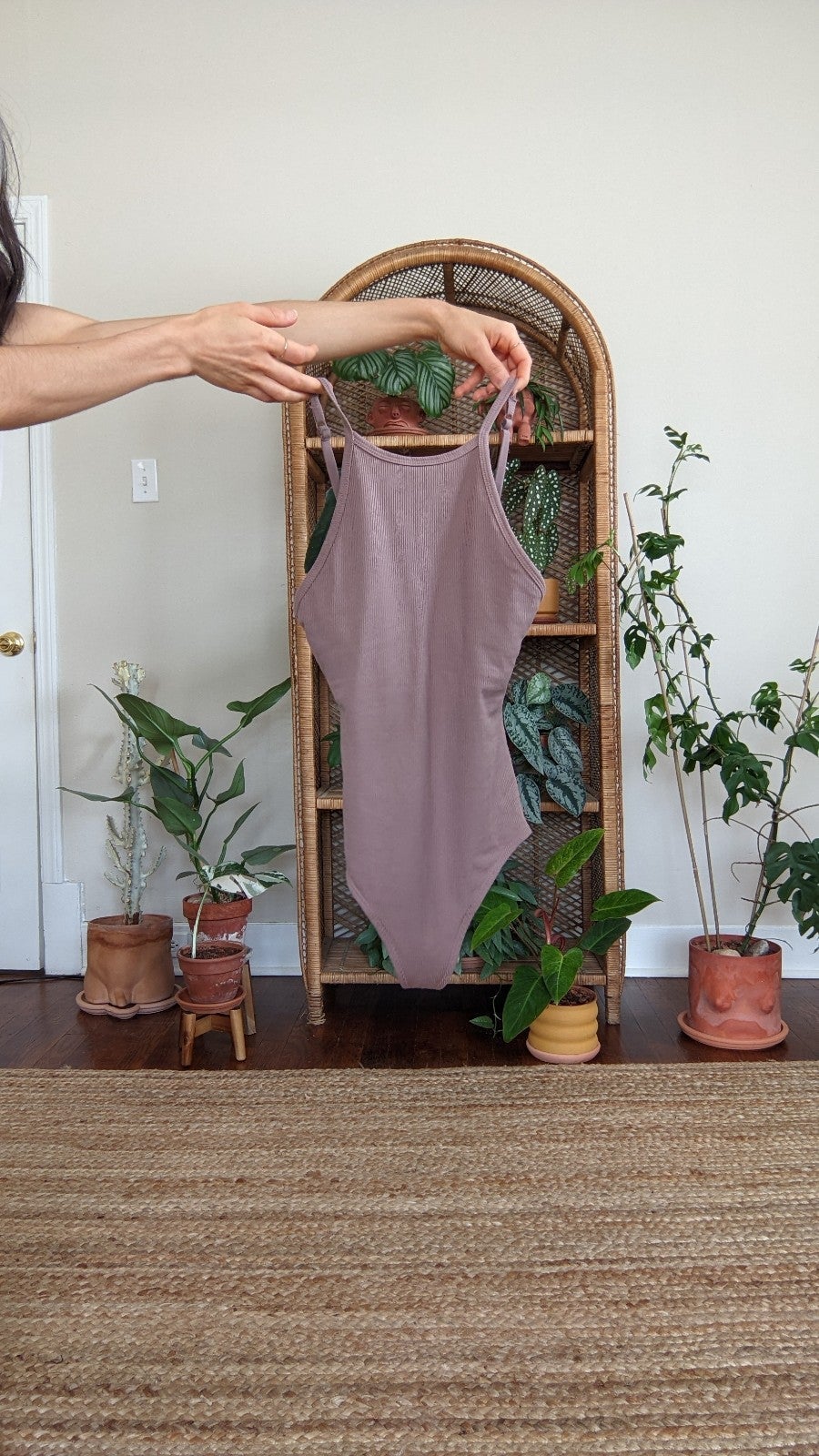 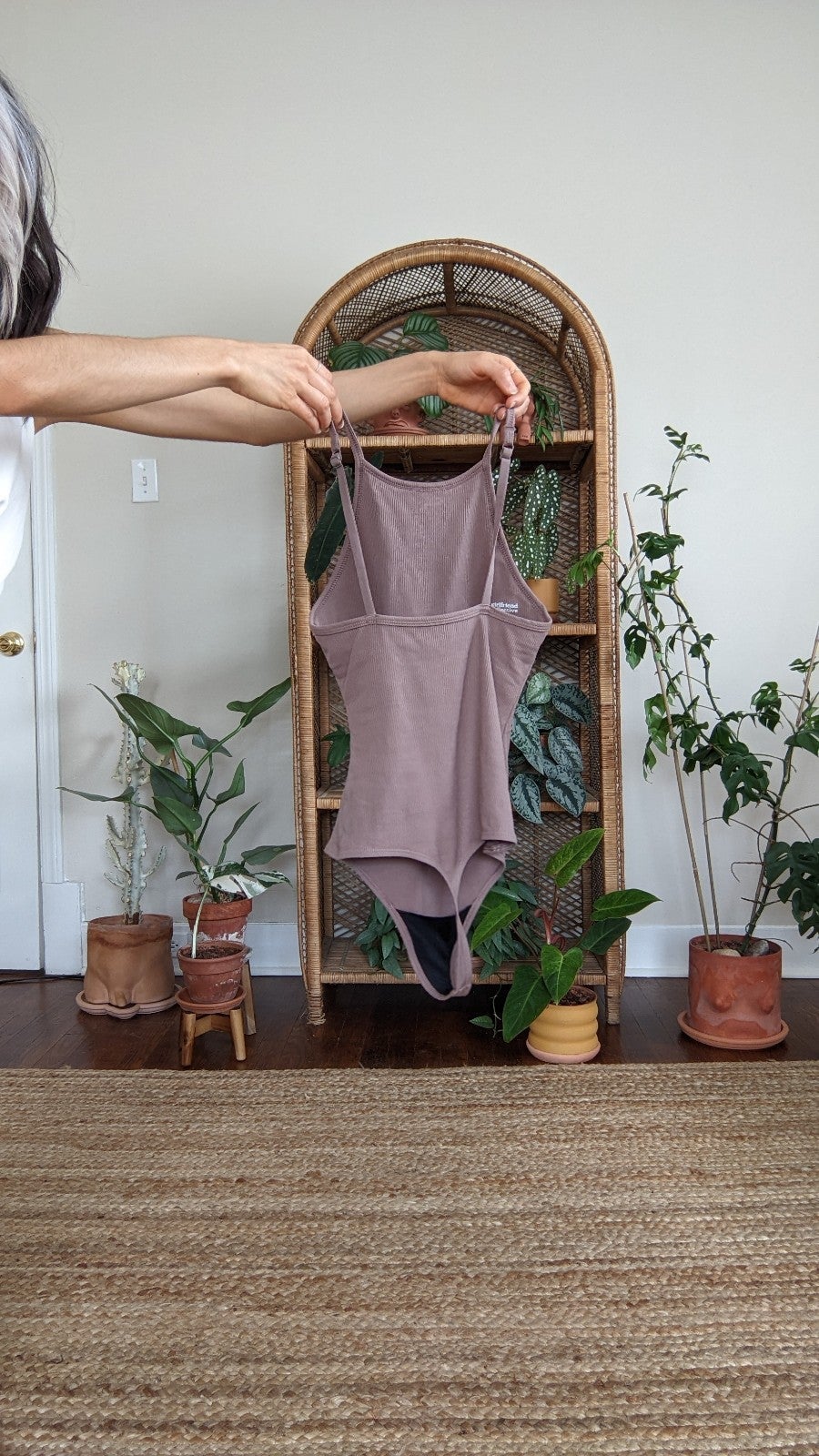 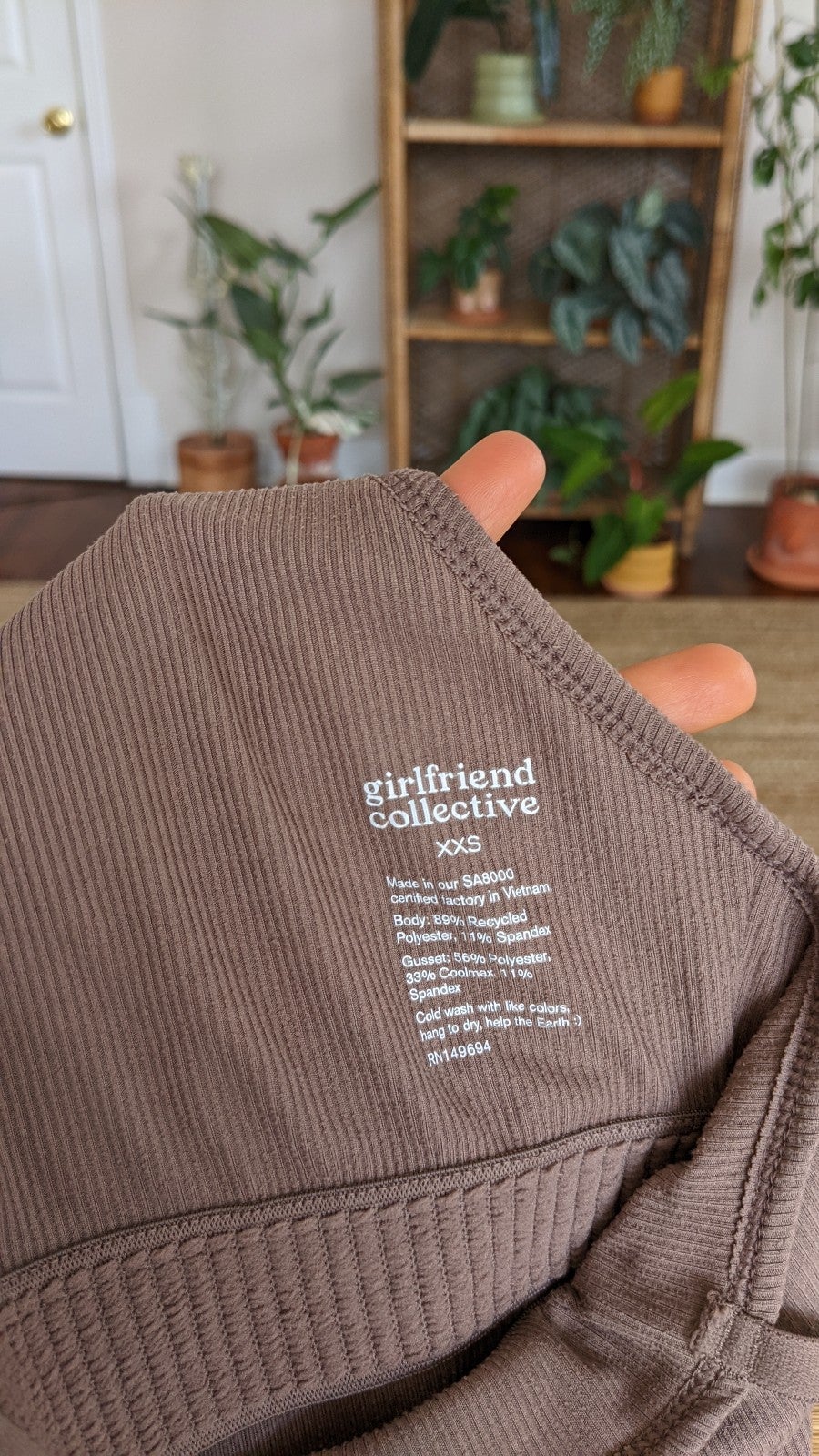 This Girlfriend Collective Marlow High Neck Bodysuit in the color " Fog" is in excellent condition!

It will make your shoulders pop in a subtle, but sexy way.

This piece has a flexible fabric, high neck, adjustable straps, built-in support band, and a thong bottom (no closure).

To take care of it, machine wash cold and lay flat to dry.

For size reference, I wear a 30A, 23" waist, and I weigh 85lbs. Please take this into consideration when comparing the fit to your own measurements