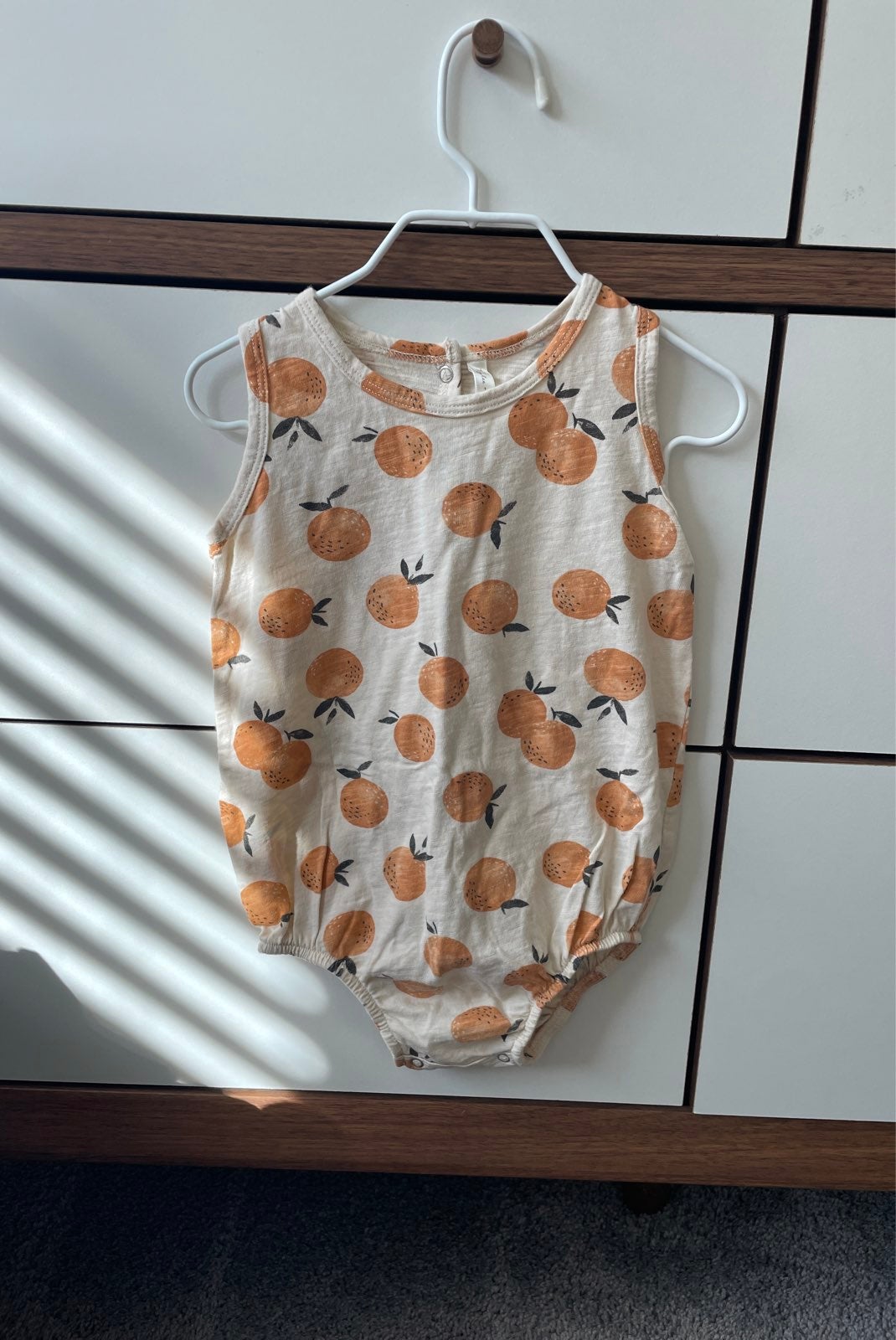 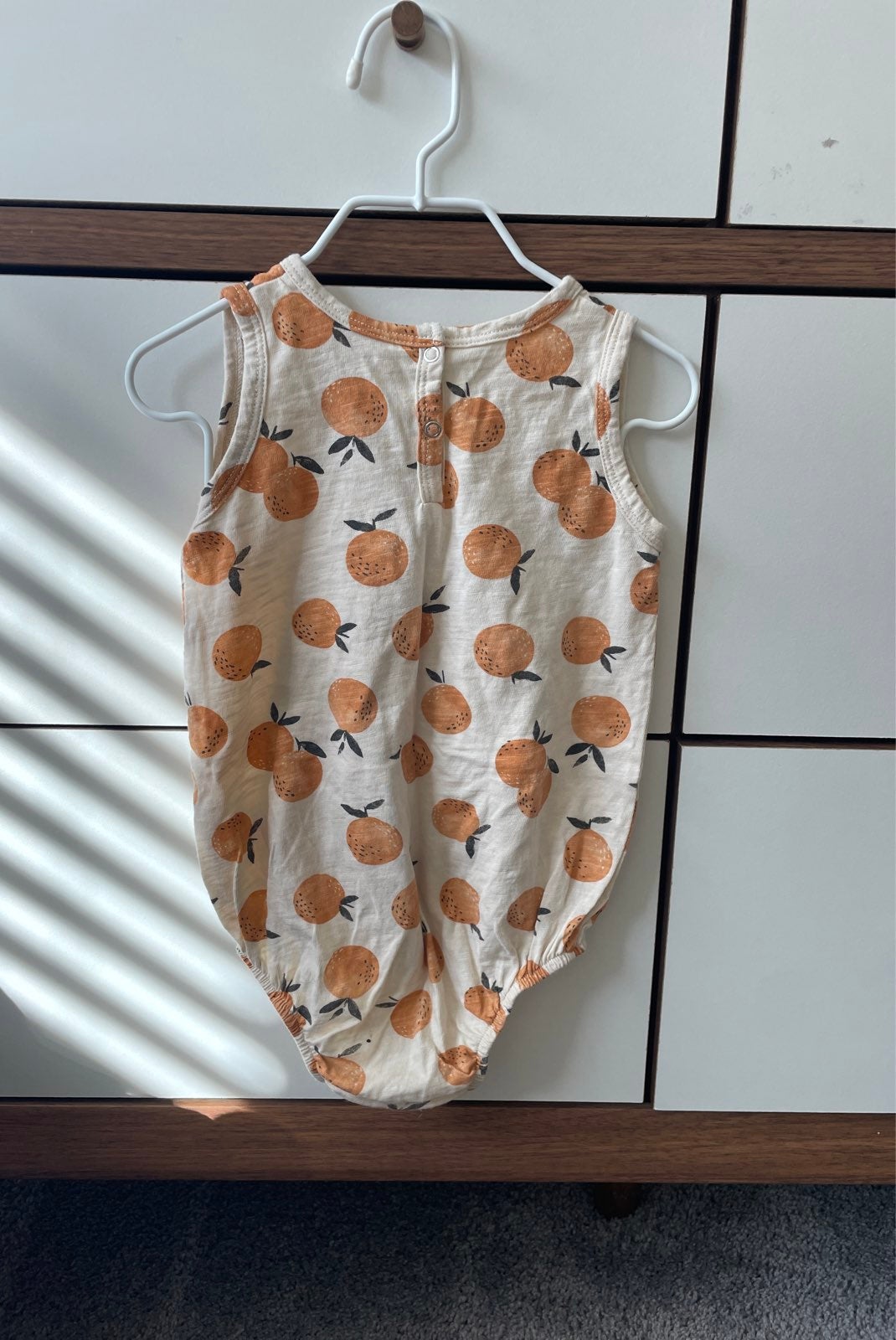 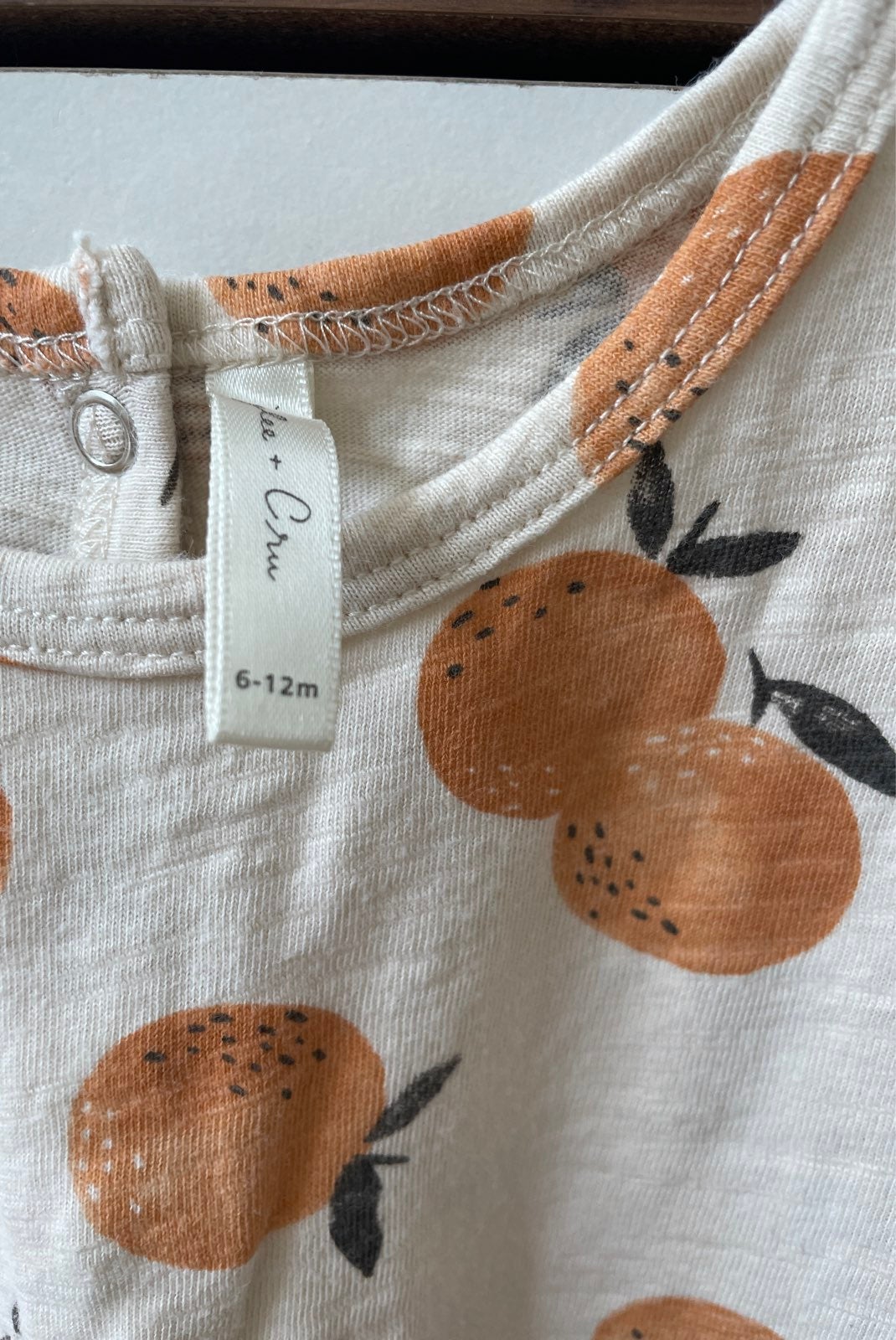 Rylee and Cru oranges bubble romper. Size 6/12 but fits generous. Snaps at back and crotch. Only got to wear a couple of times. No stains or holes. I bundle!