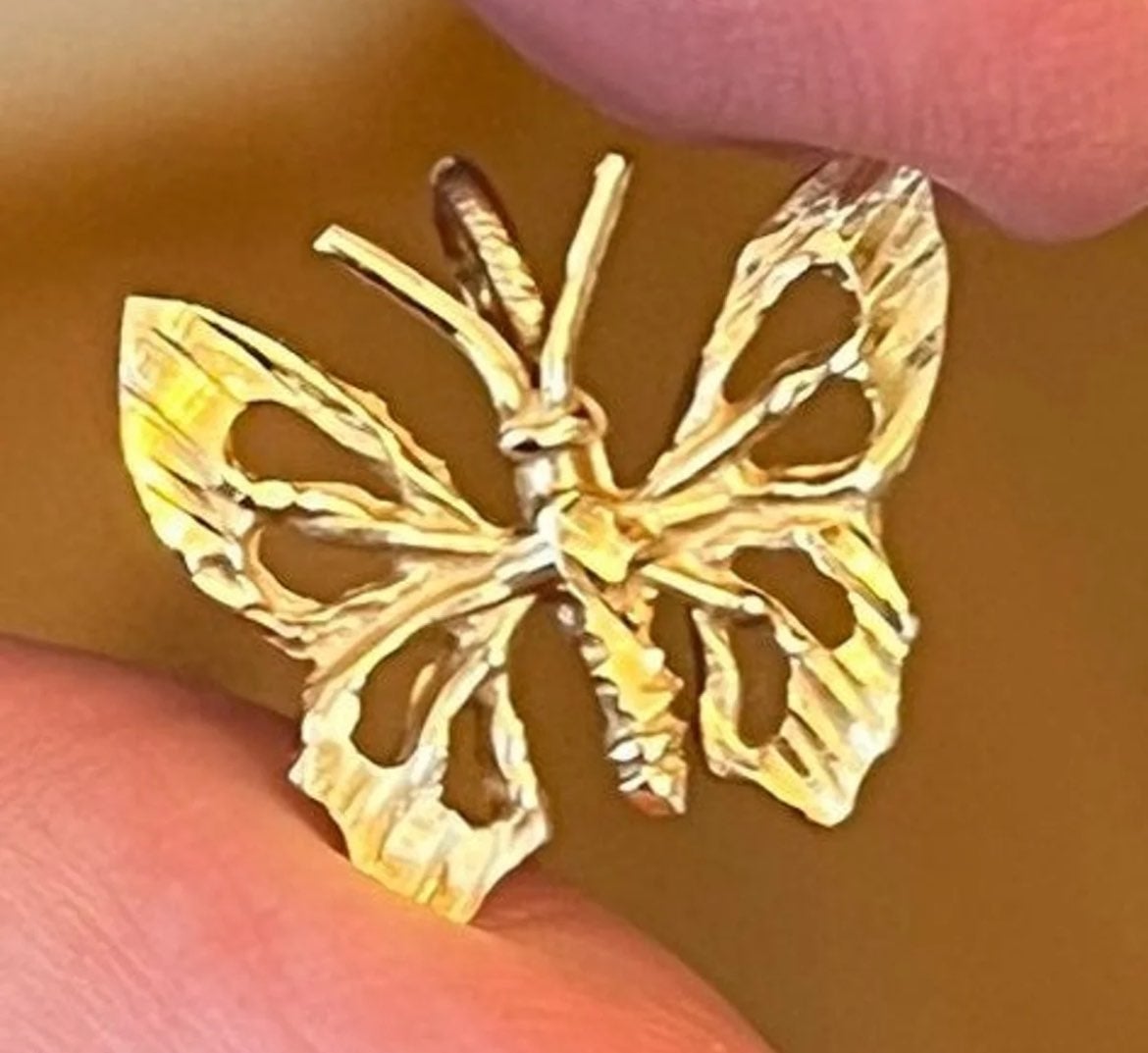 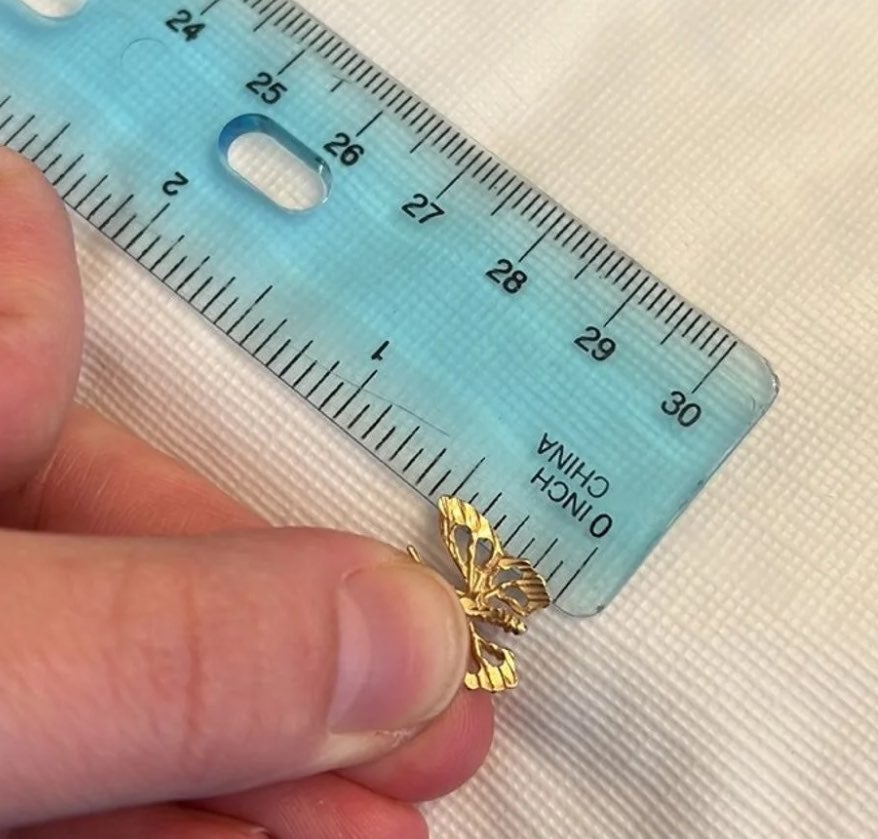 Dainty butterfly pendant that is 14 karat yellow gold. It is a half inches tall. The back is Stamped 14 K. 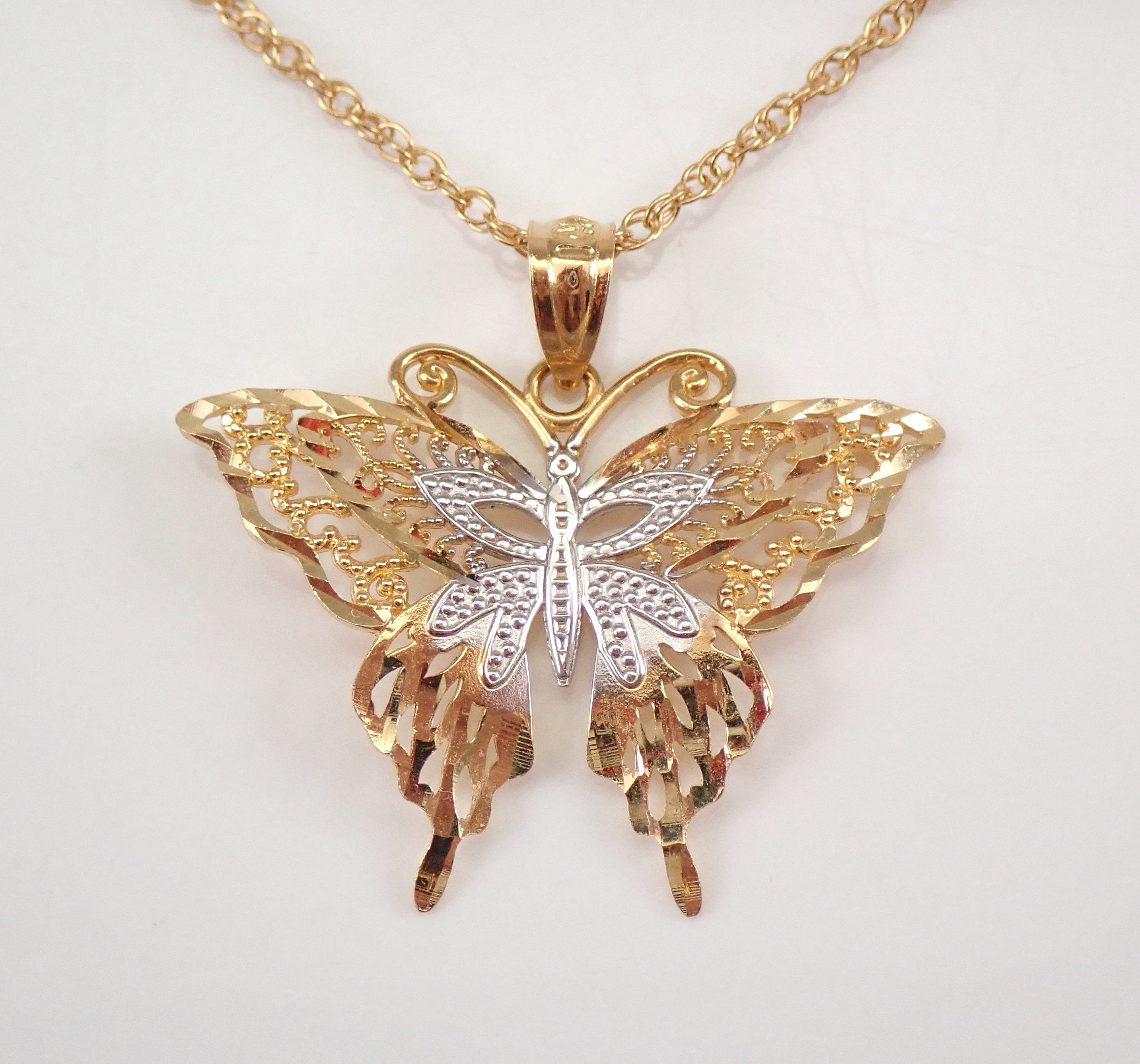 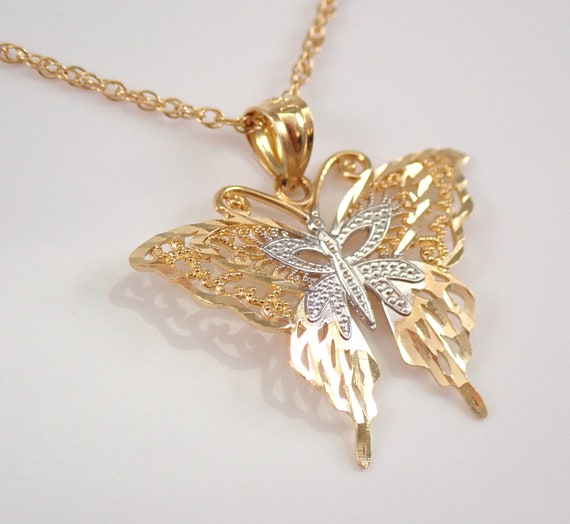 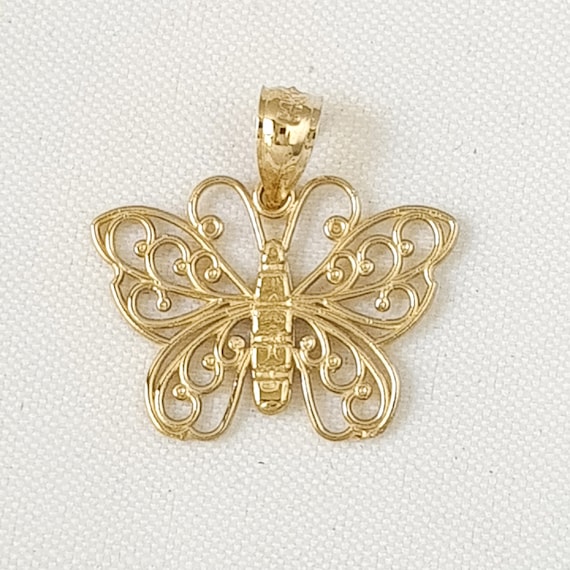 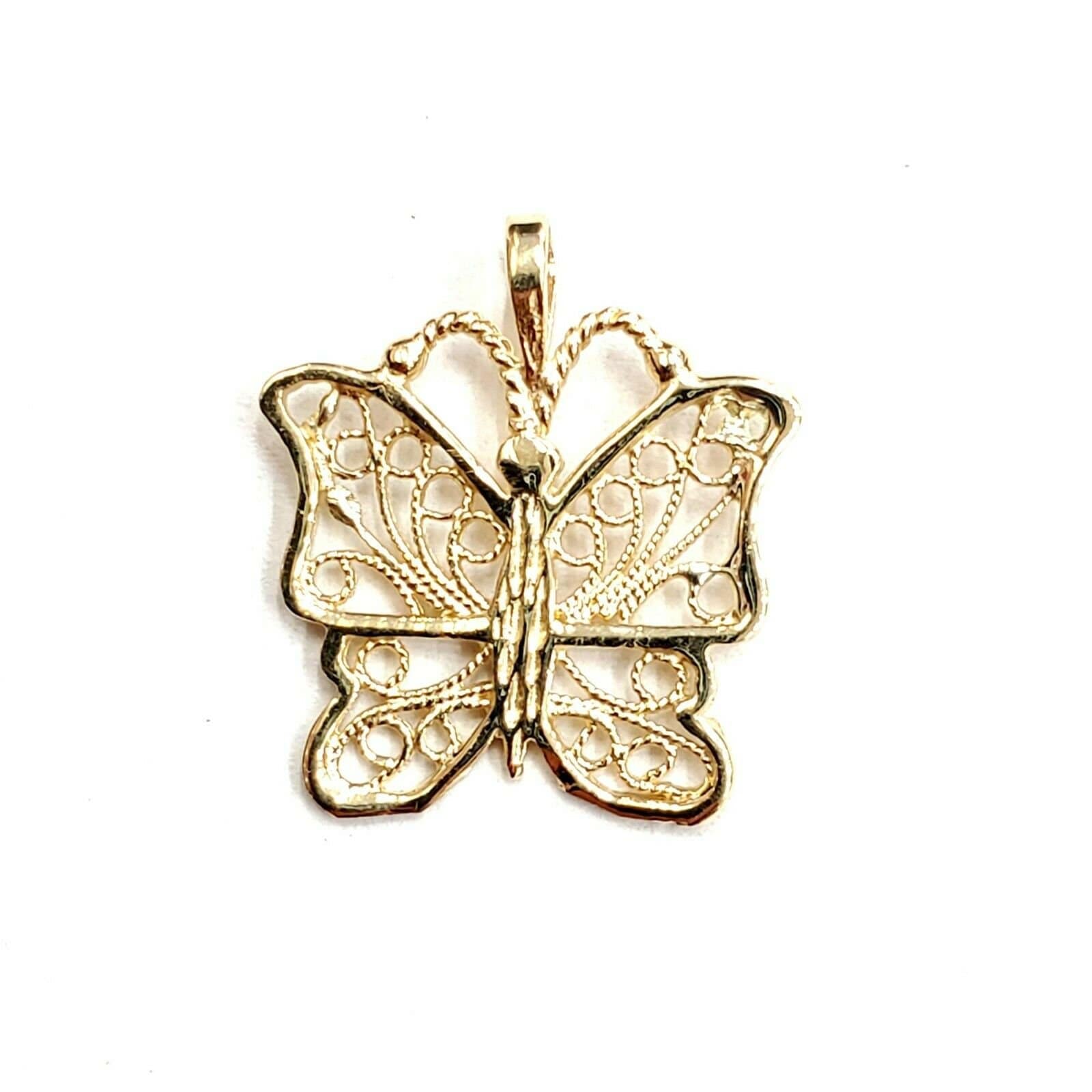 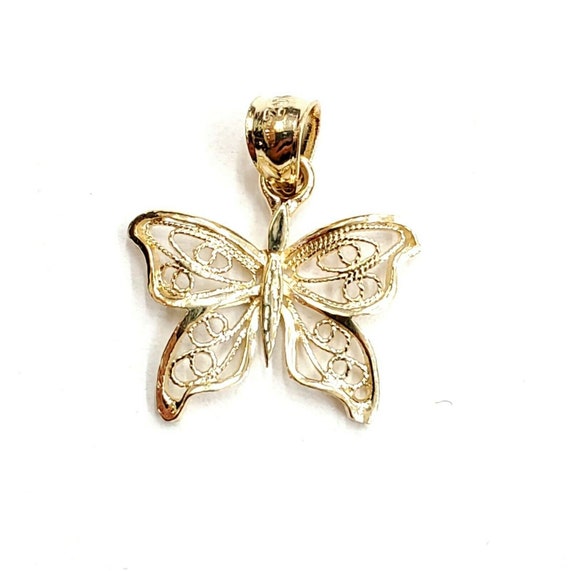 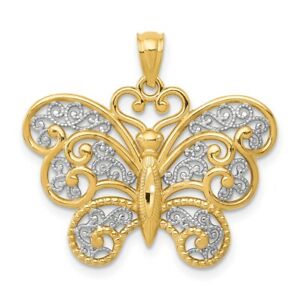 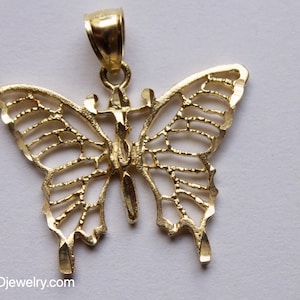 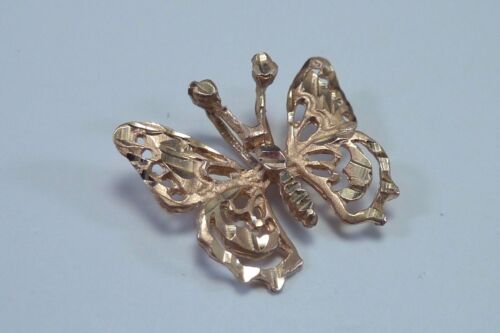 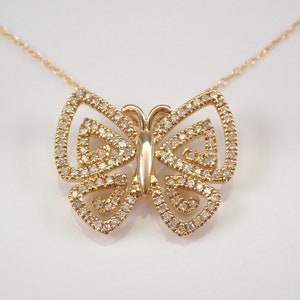 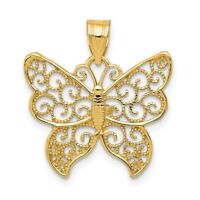 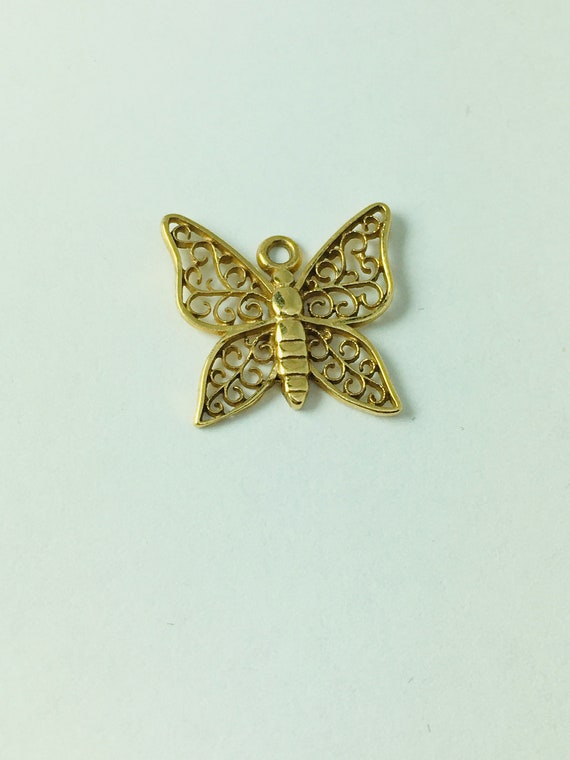 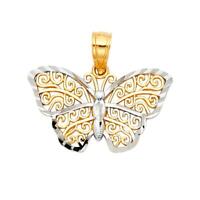 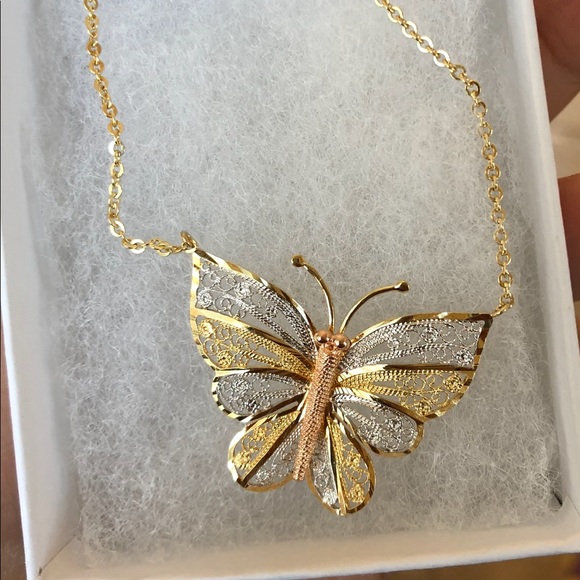 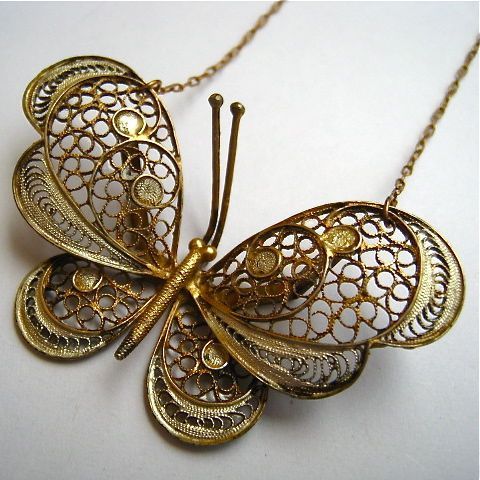 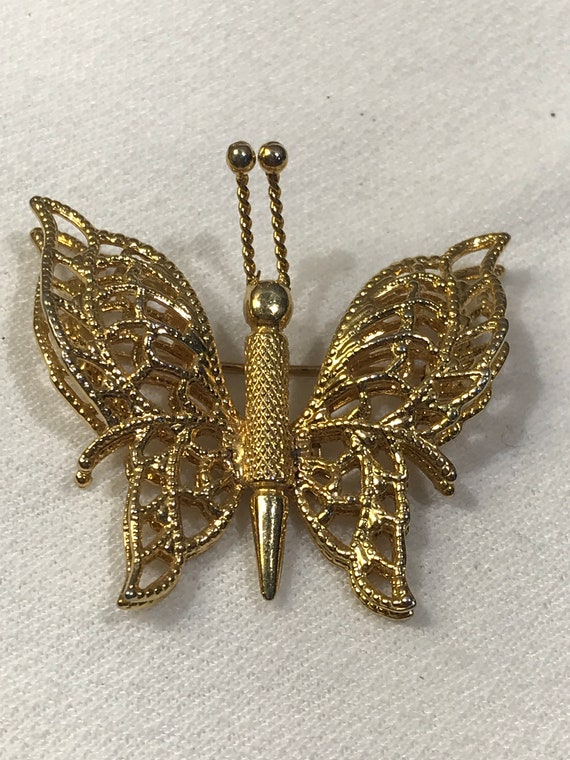 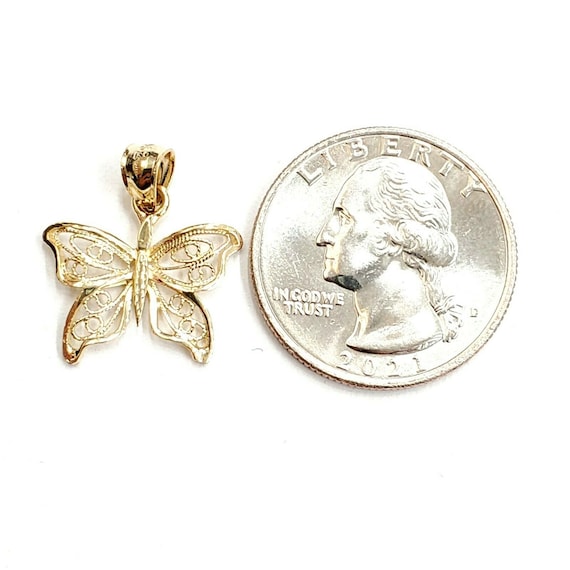 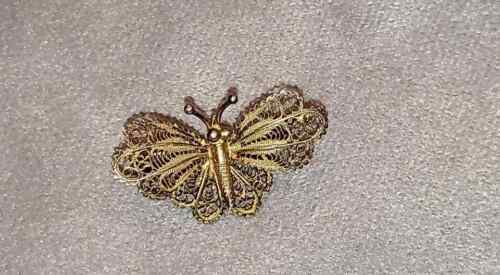 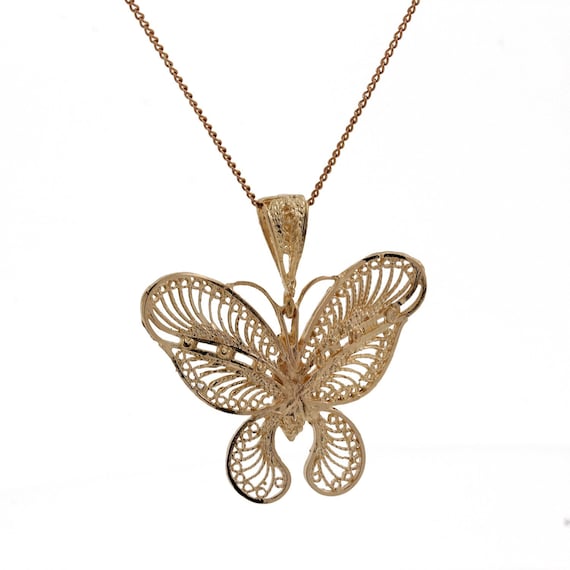 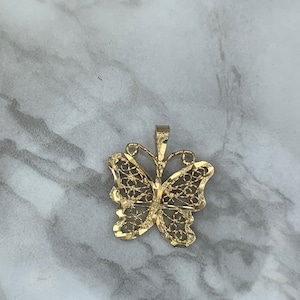 Who: Baker Institute Director Edward P. DjerejianCast Exclusive B.O.L.O Crocodile & Headl,James A. Baker III. Marc and Debra Tice will accept the award on behalf of their son and deliver remarks.