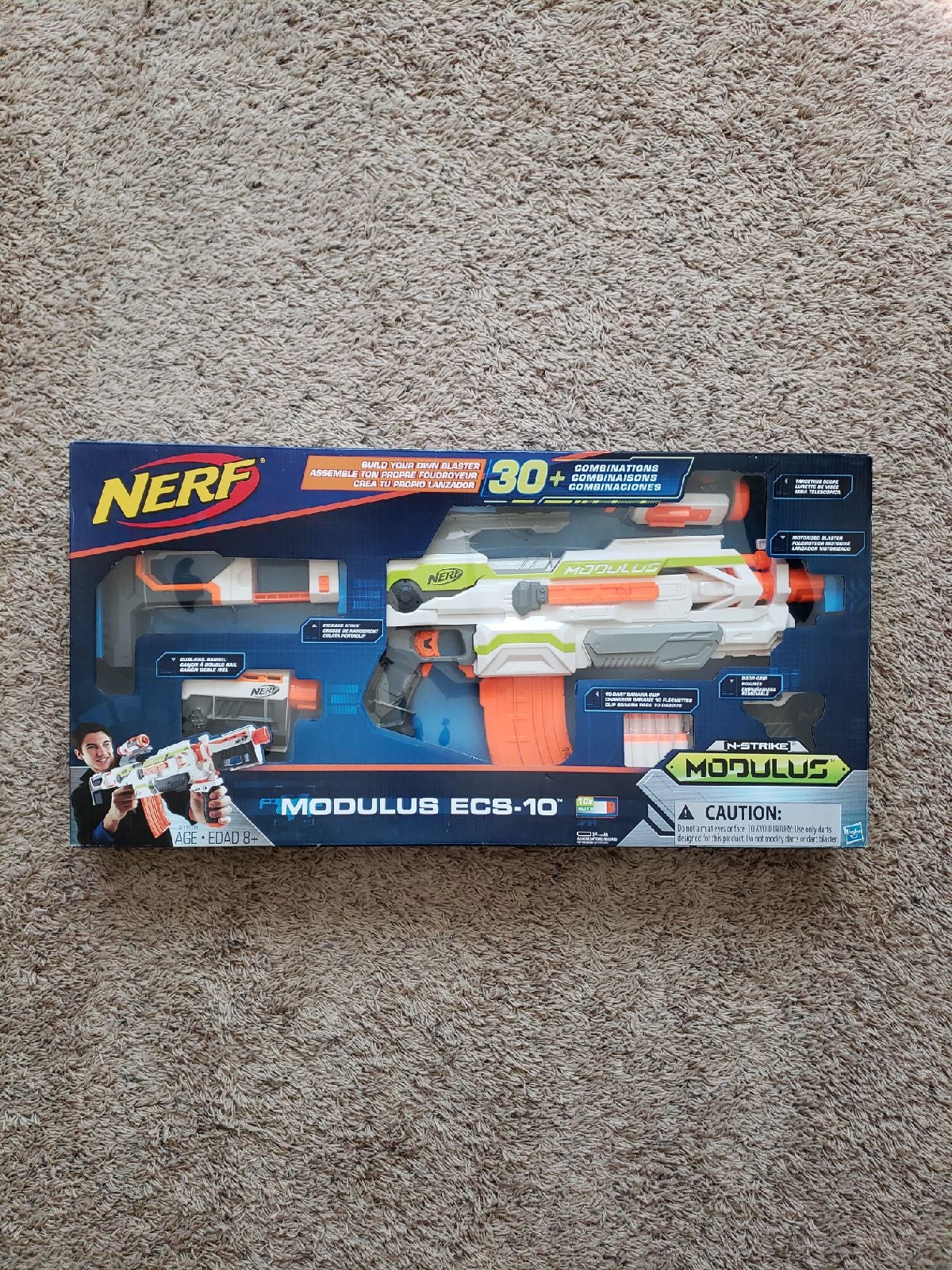 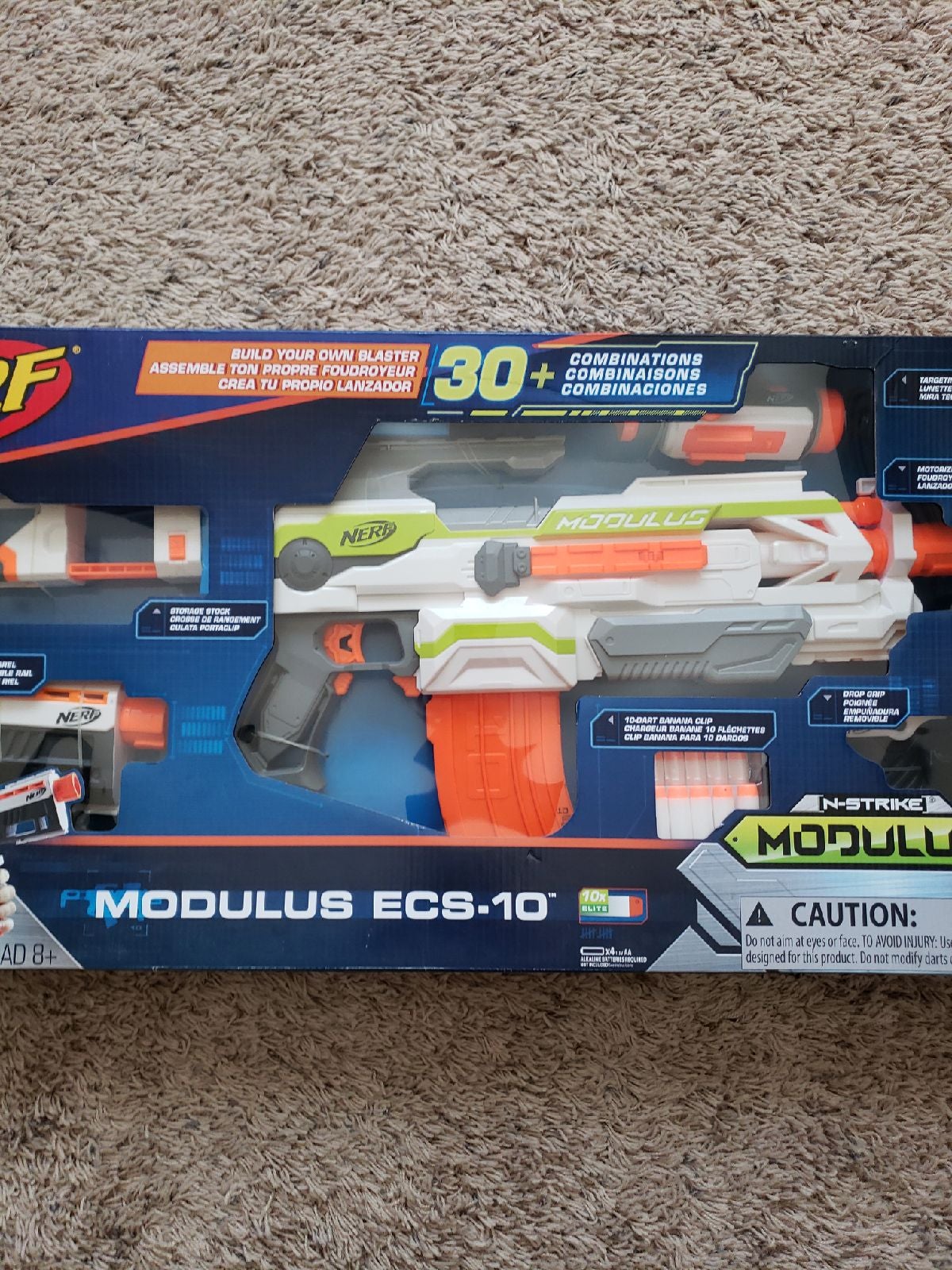 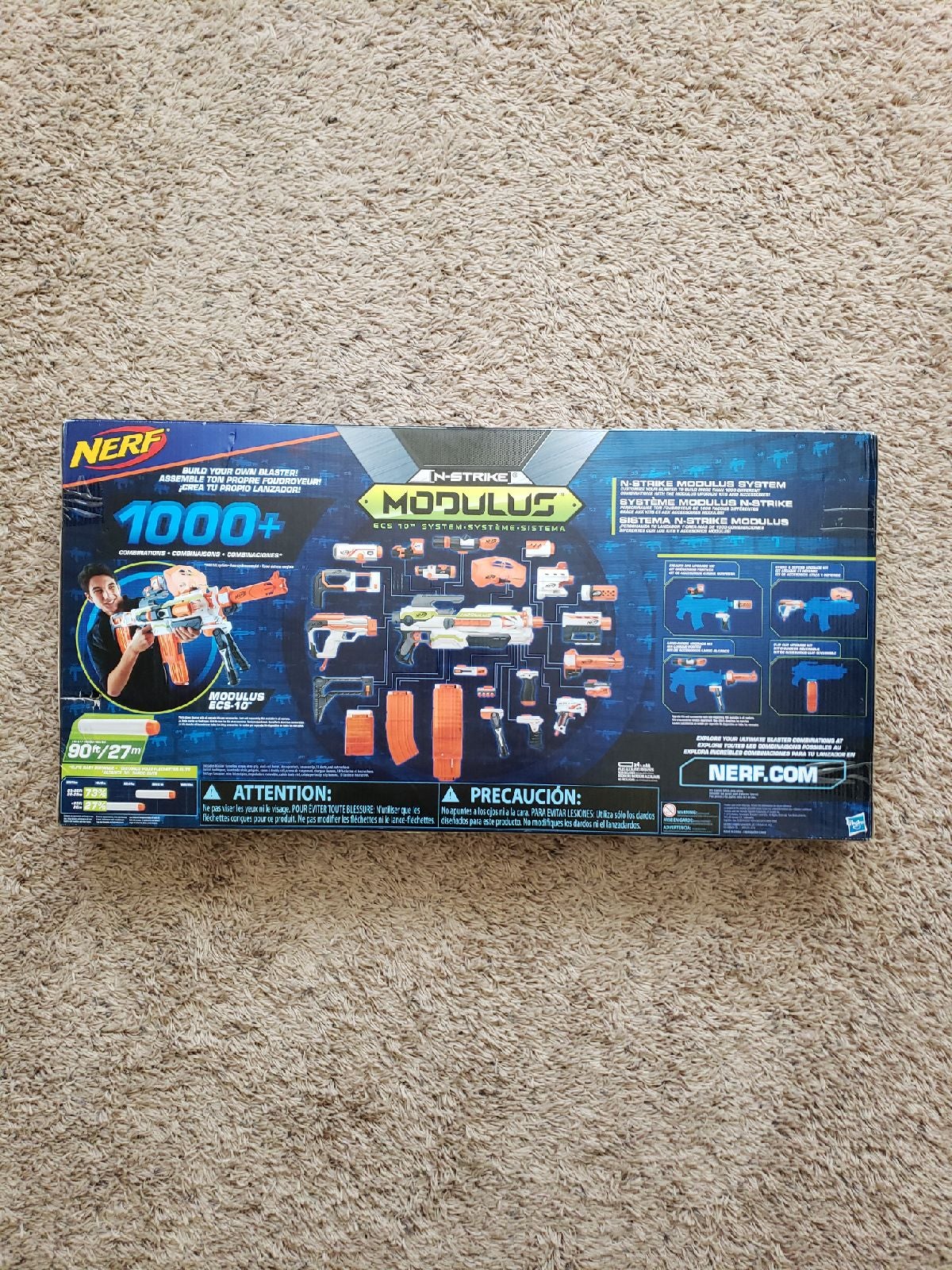 Modulus blaster requires 4 AA batteries to operate. Firing rate of up to 90 feet.

Blaster and attachments all unused and new in box. Box does have some wear along edges and corners. And slight tear on back of box. 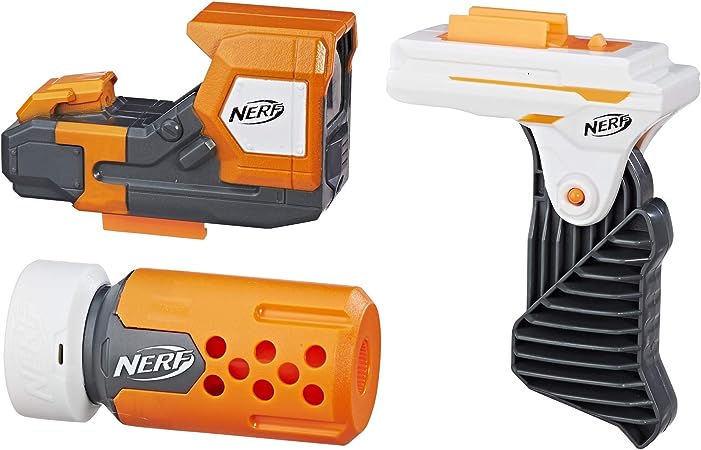 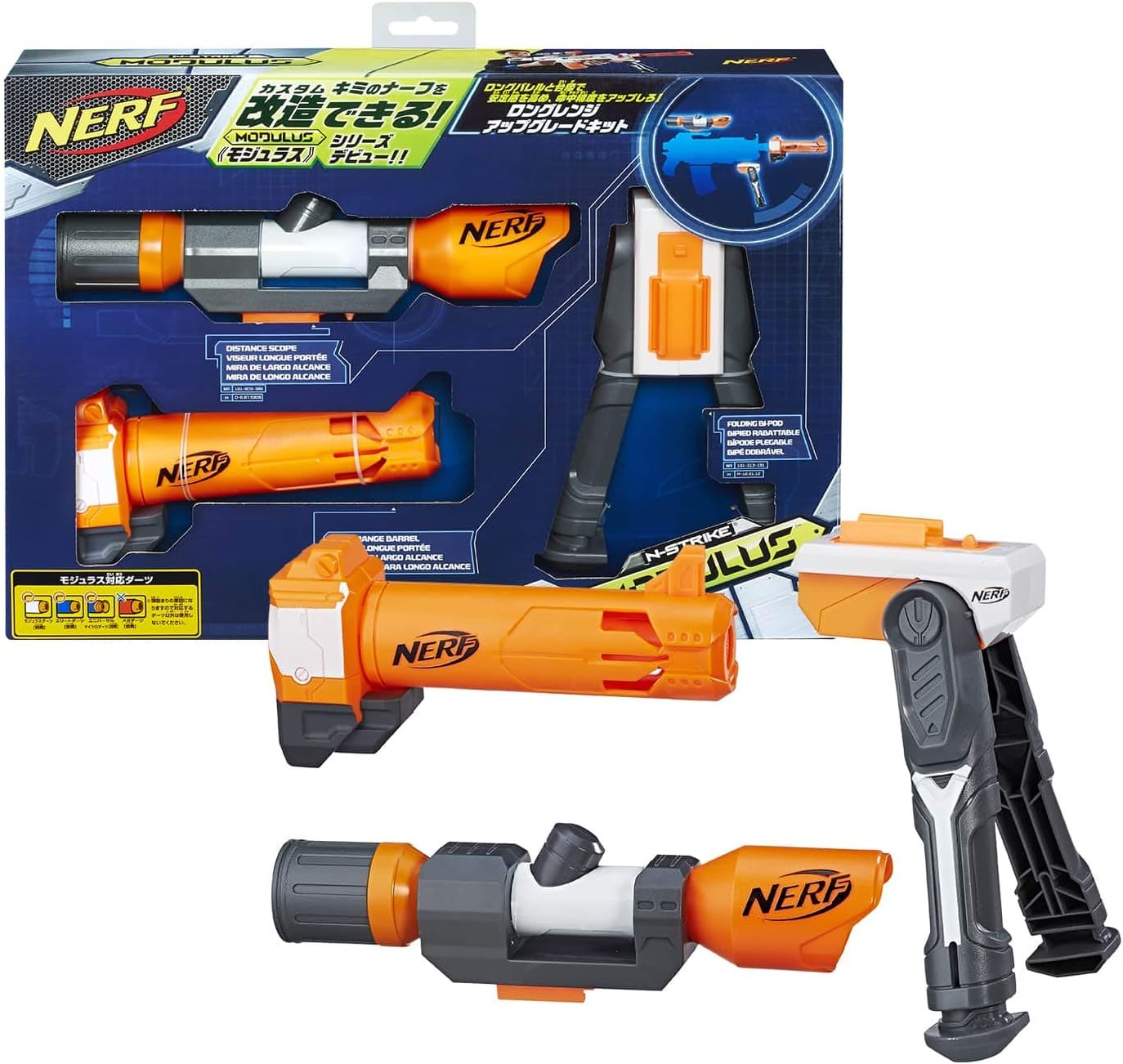 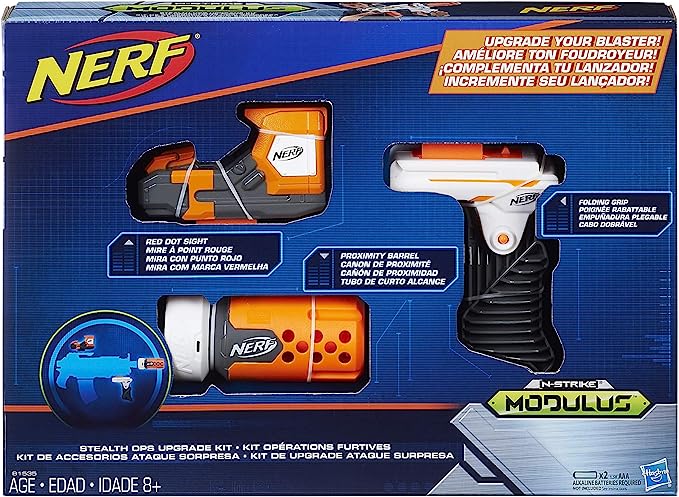 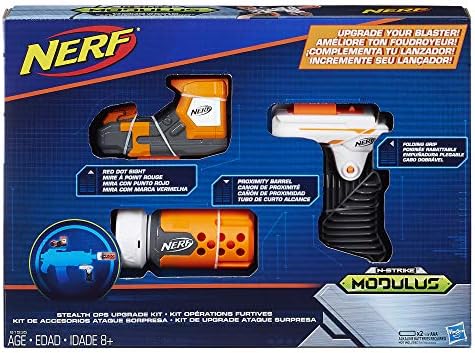 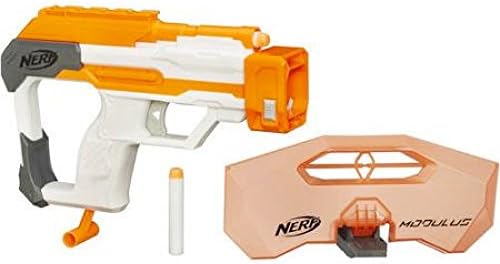 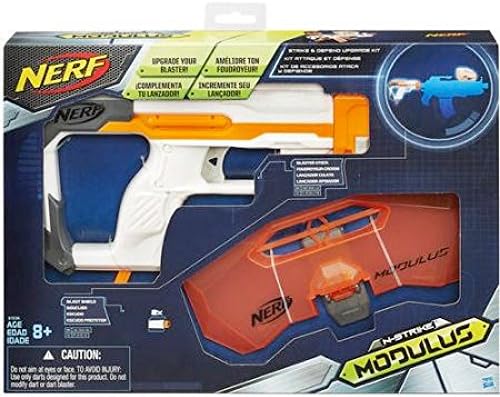 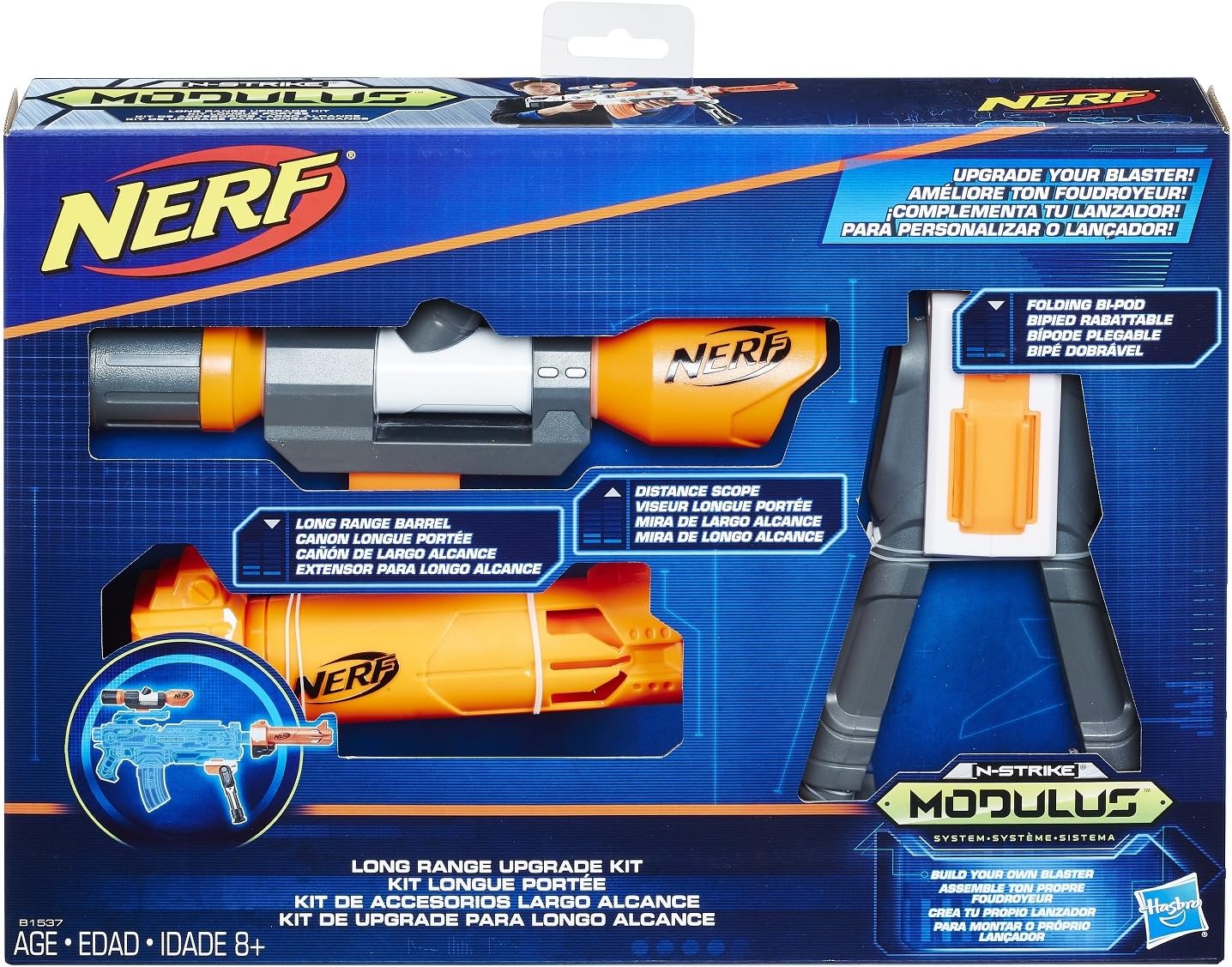 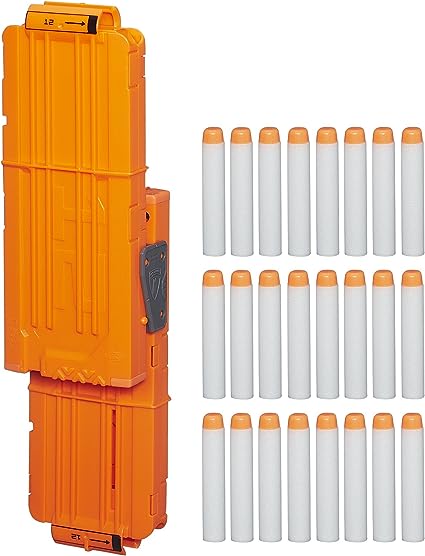 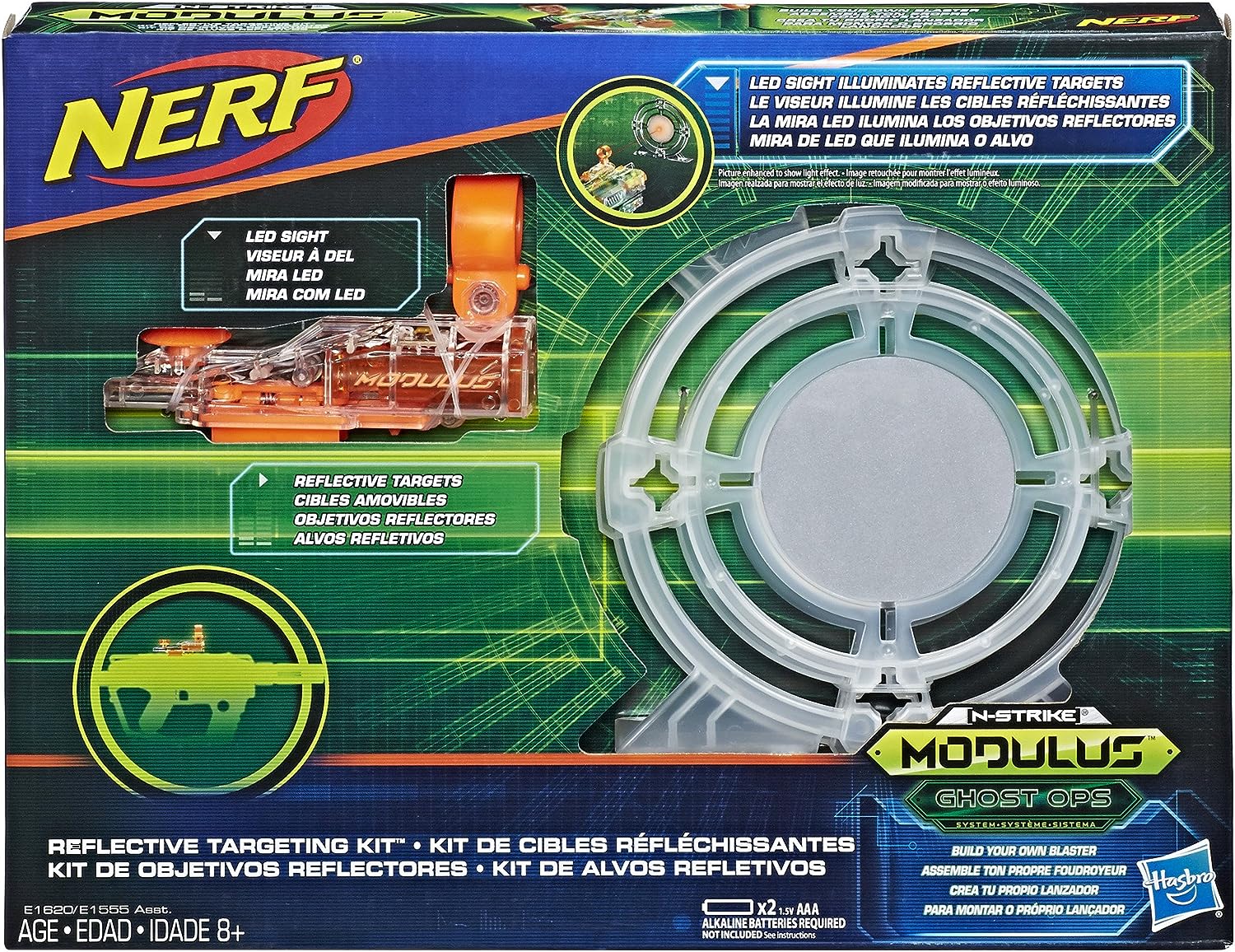 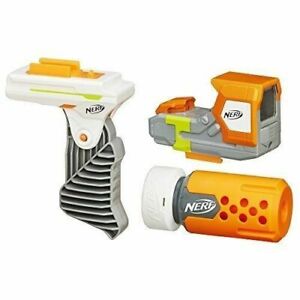 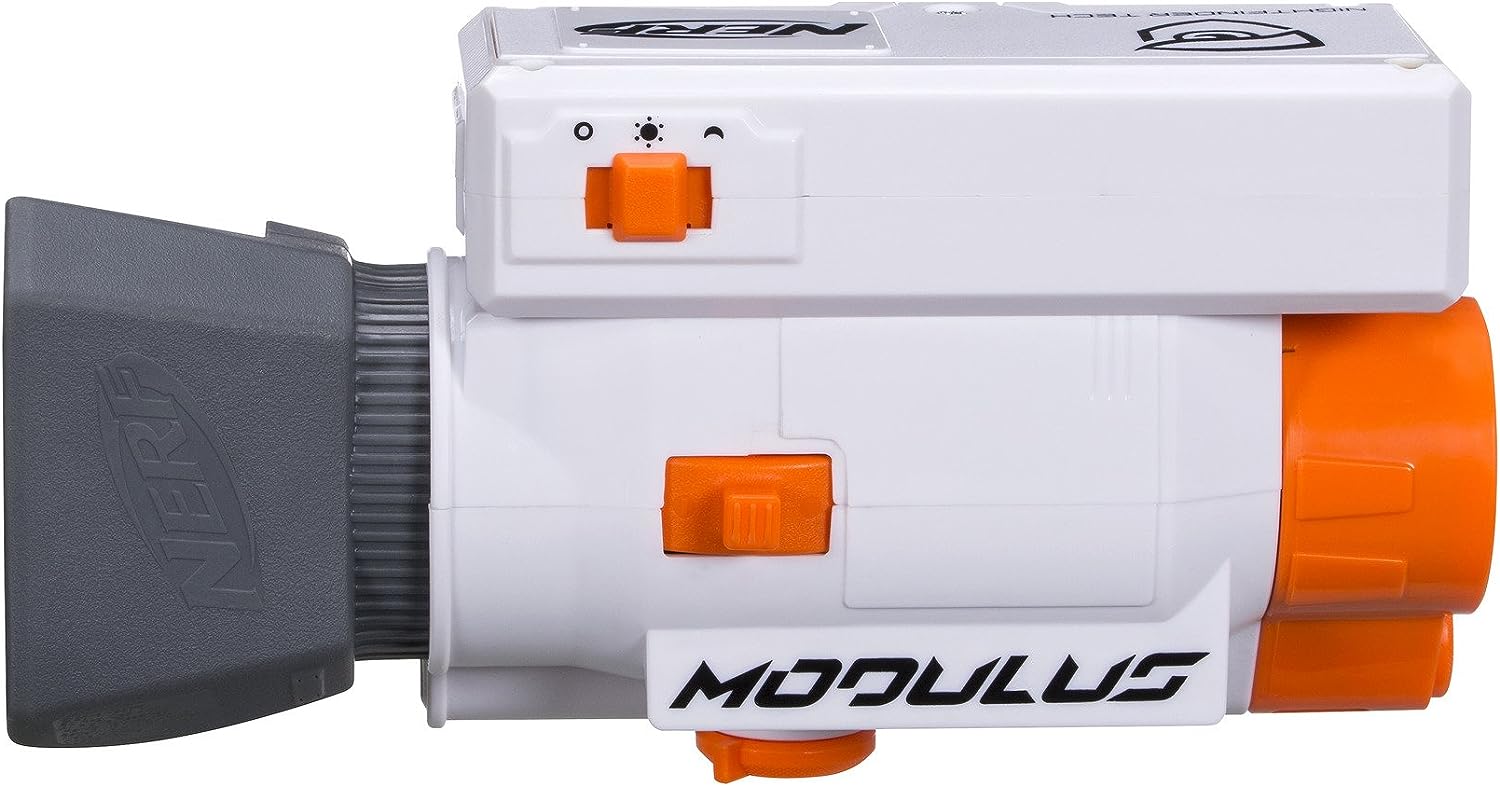 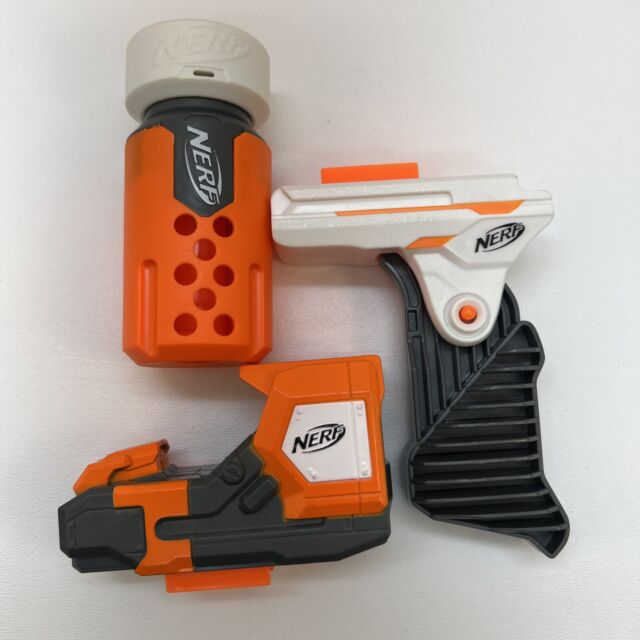 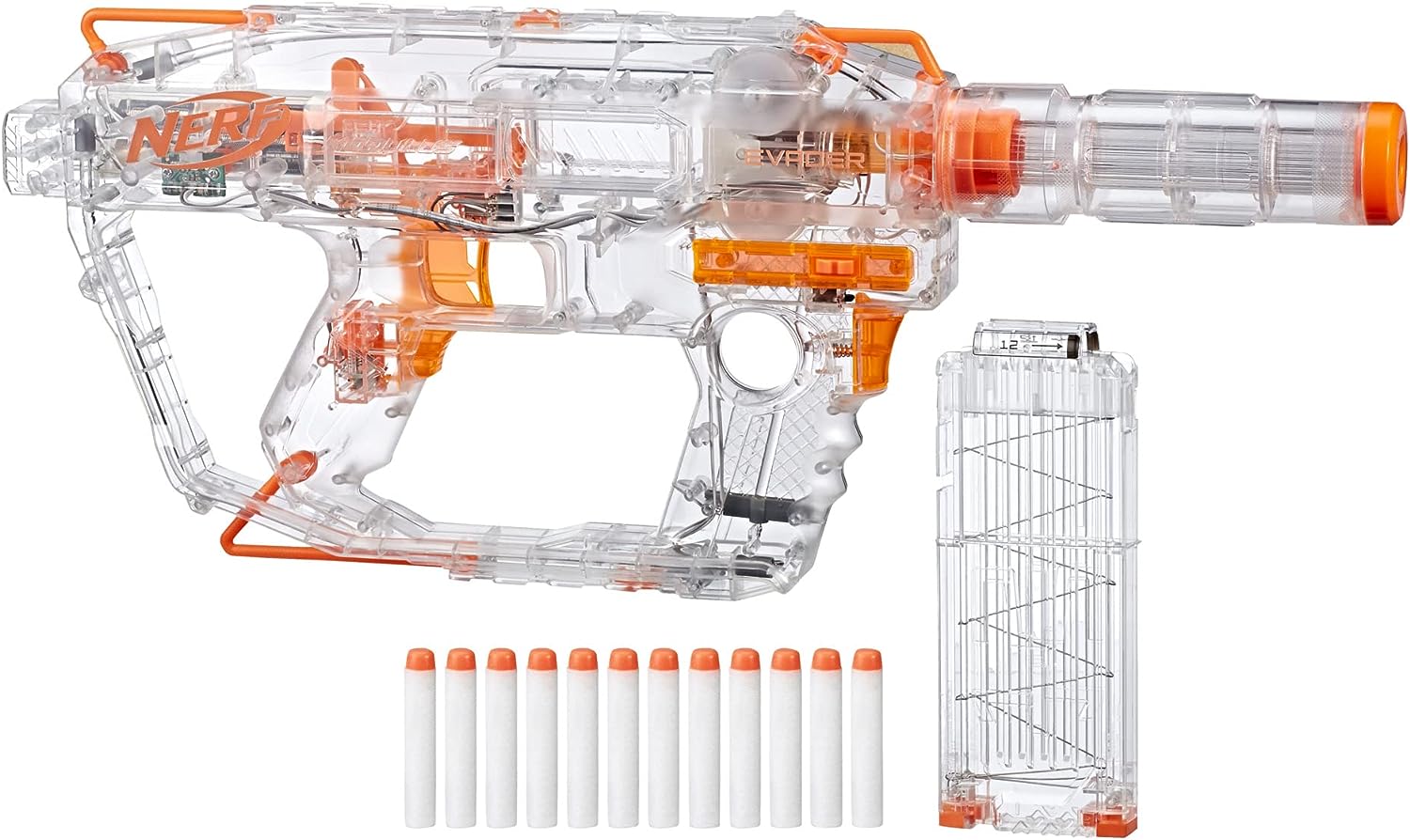 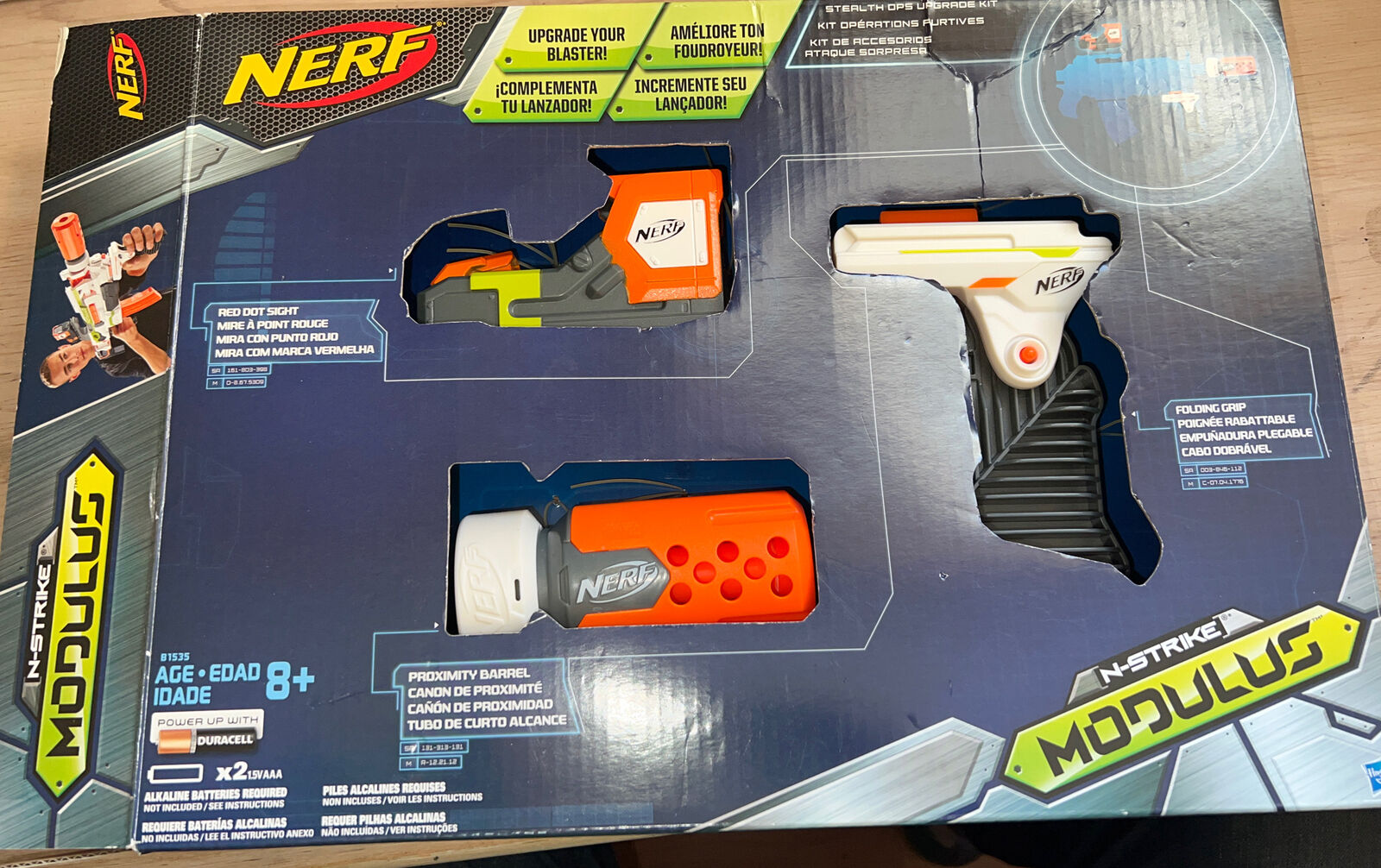