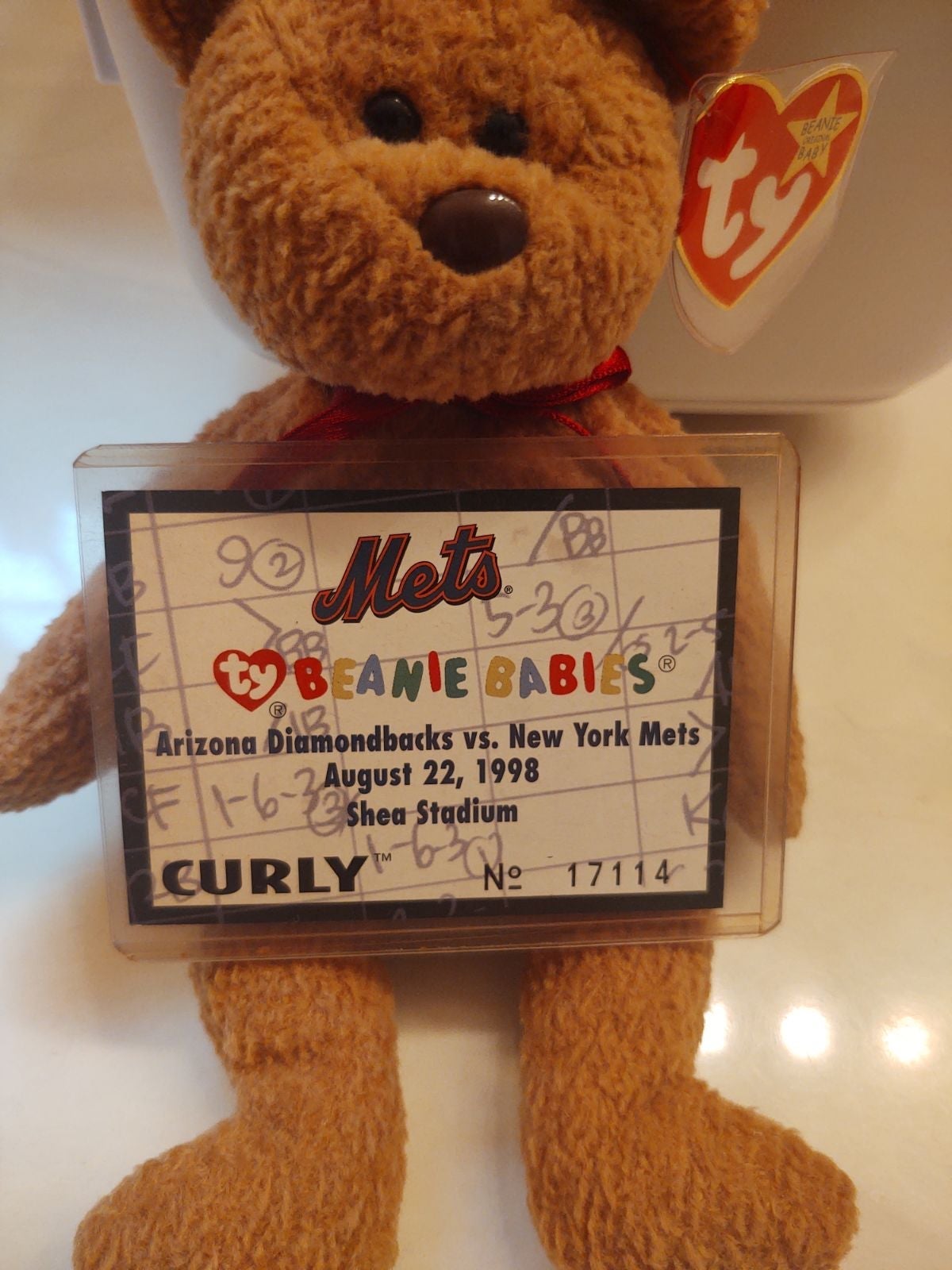 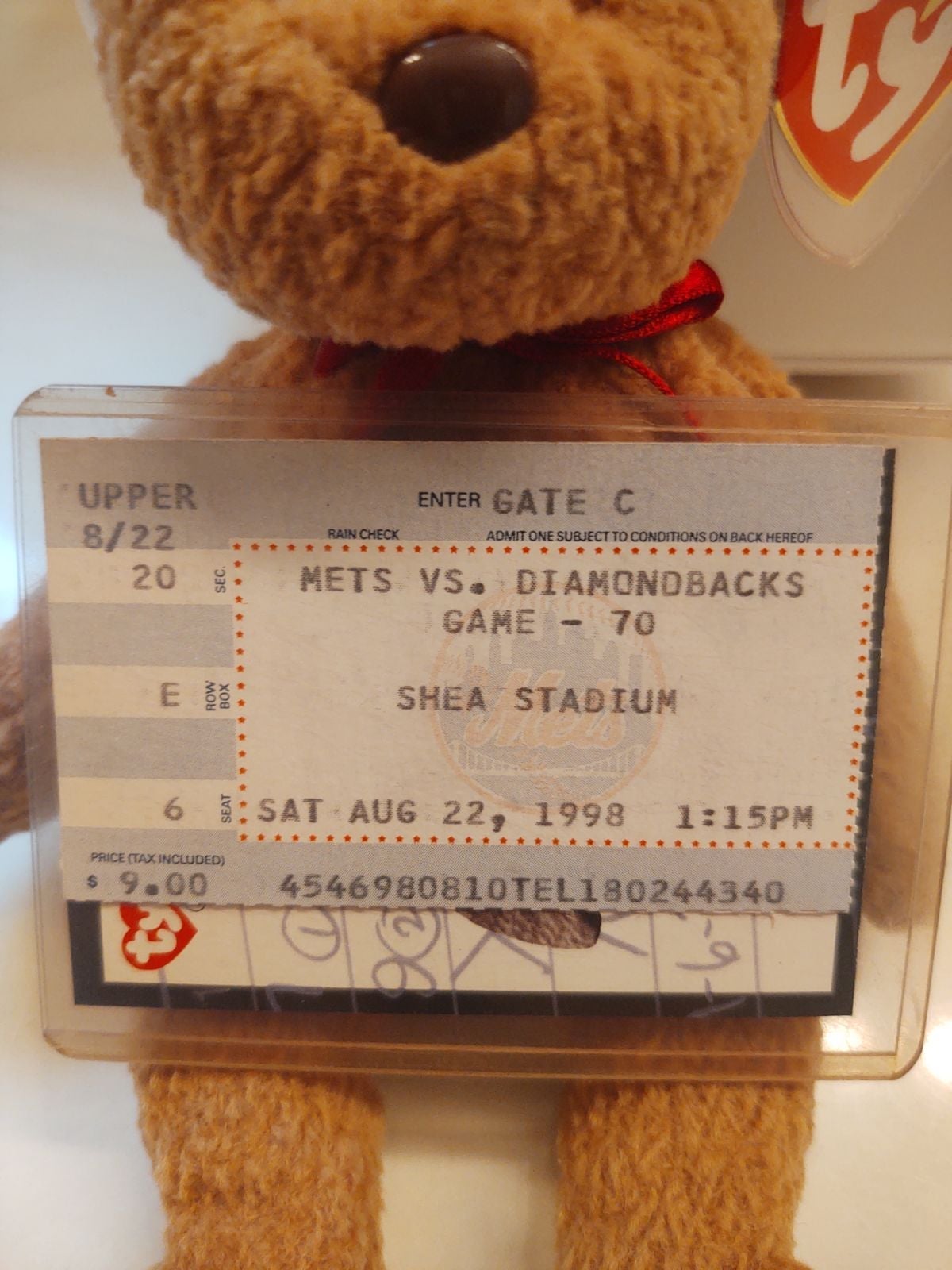 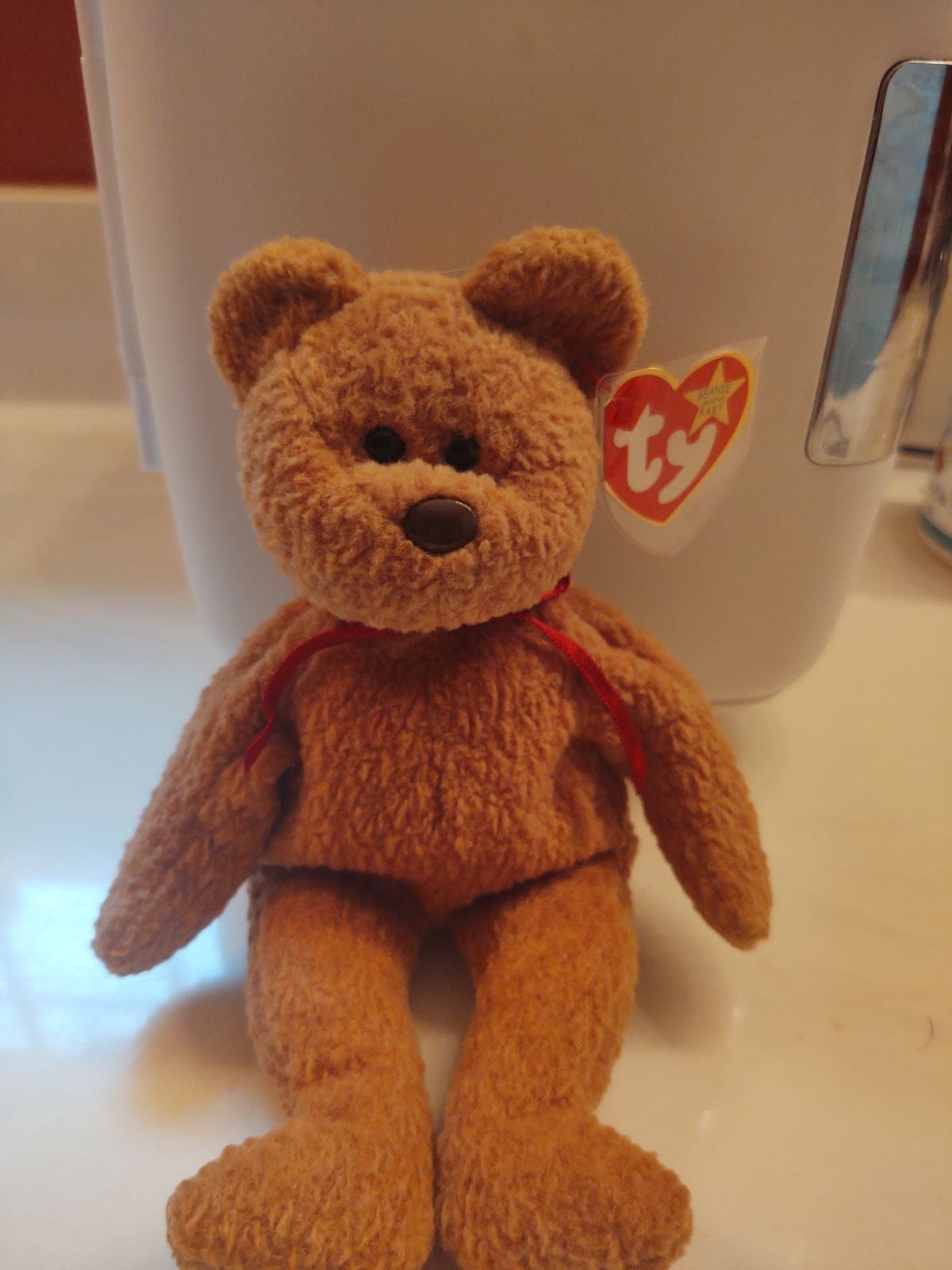 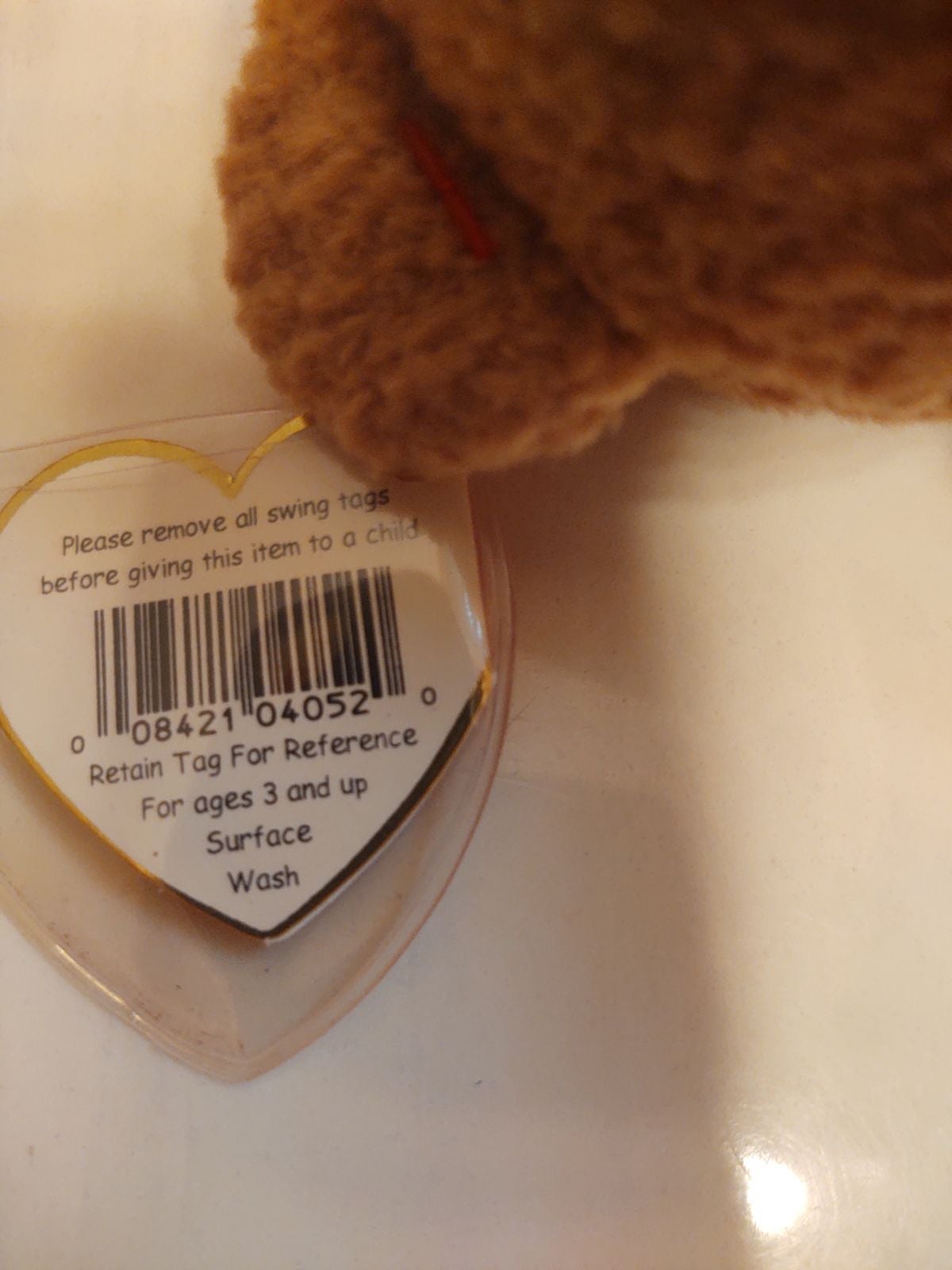 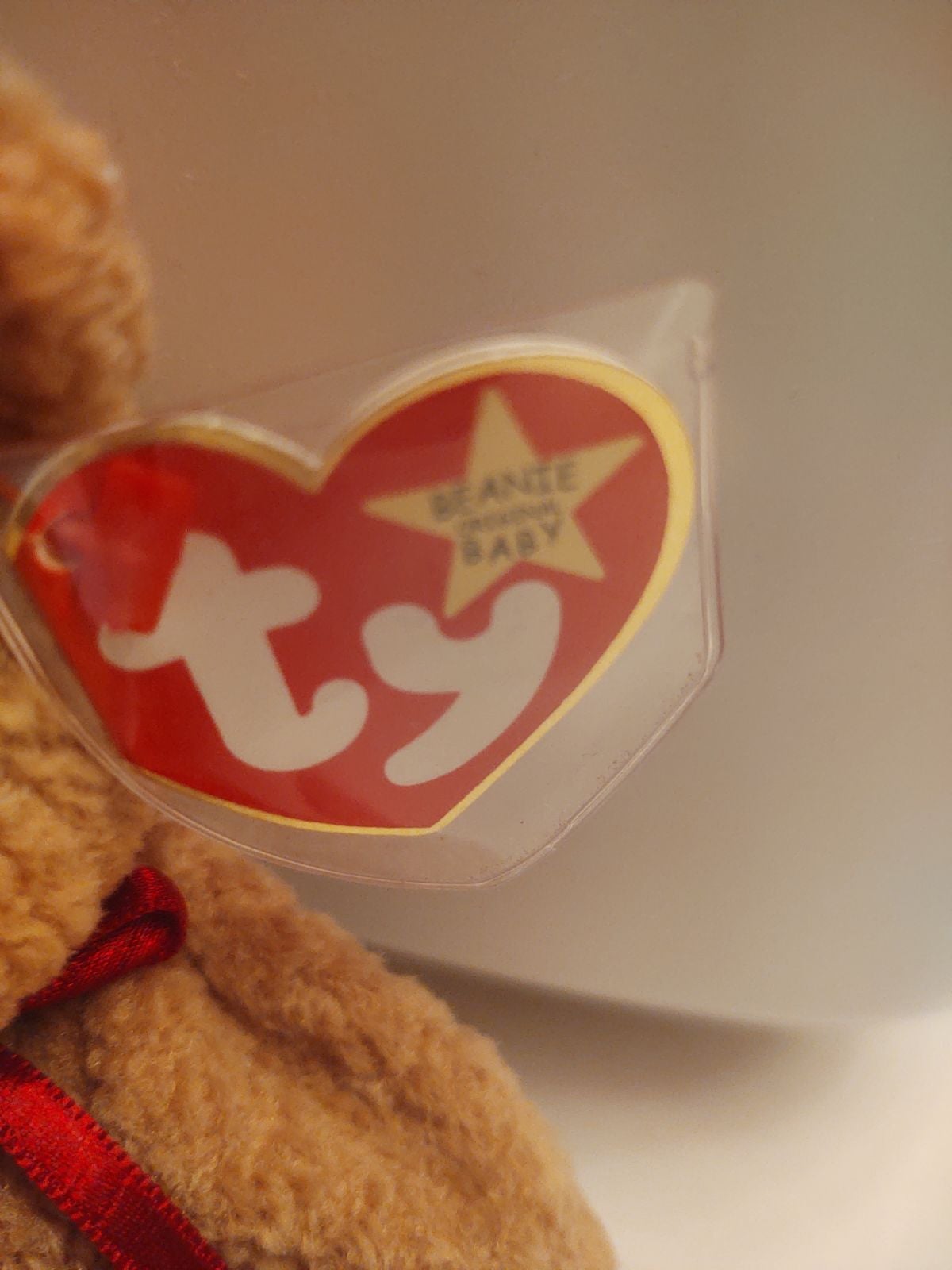 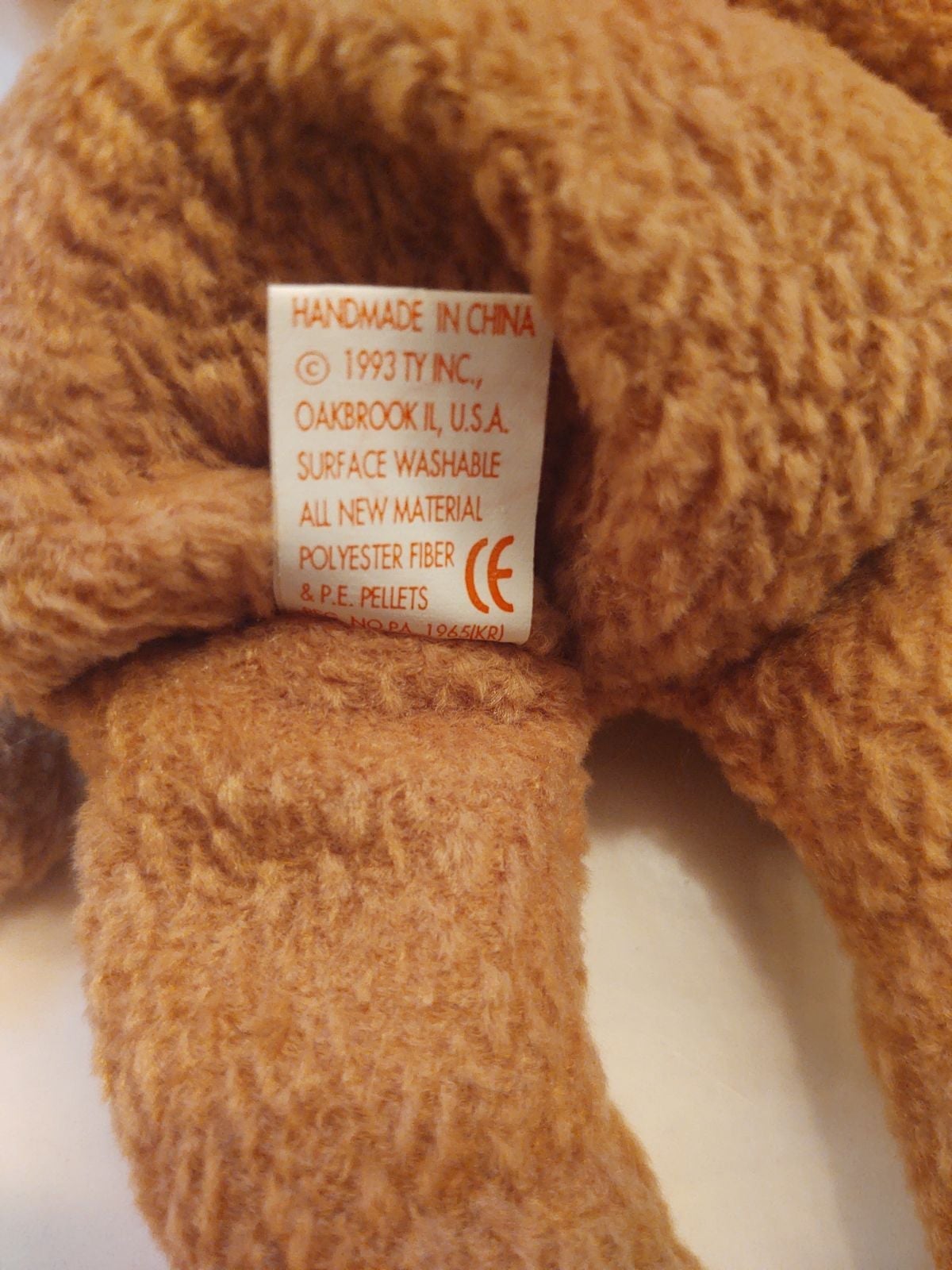 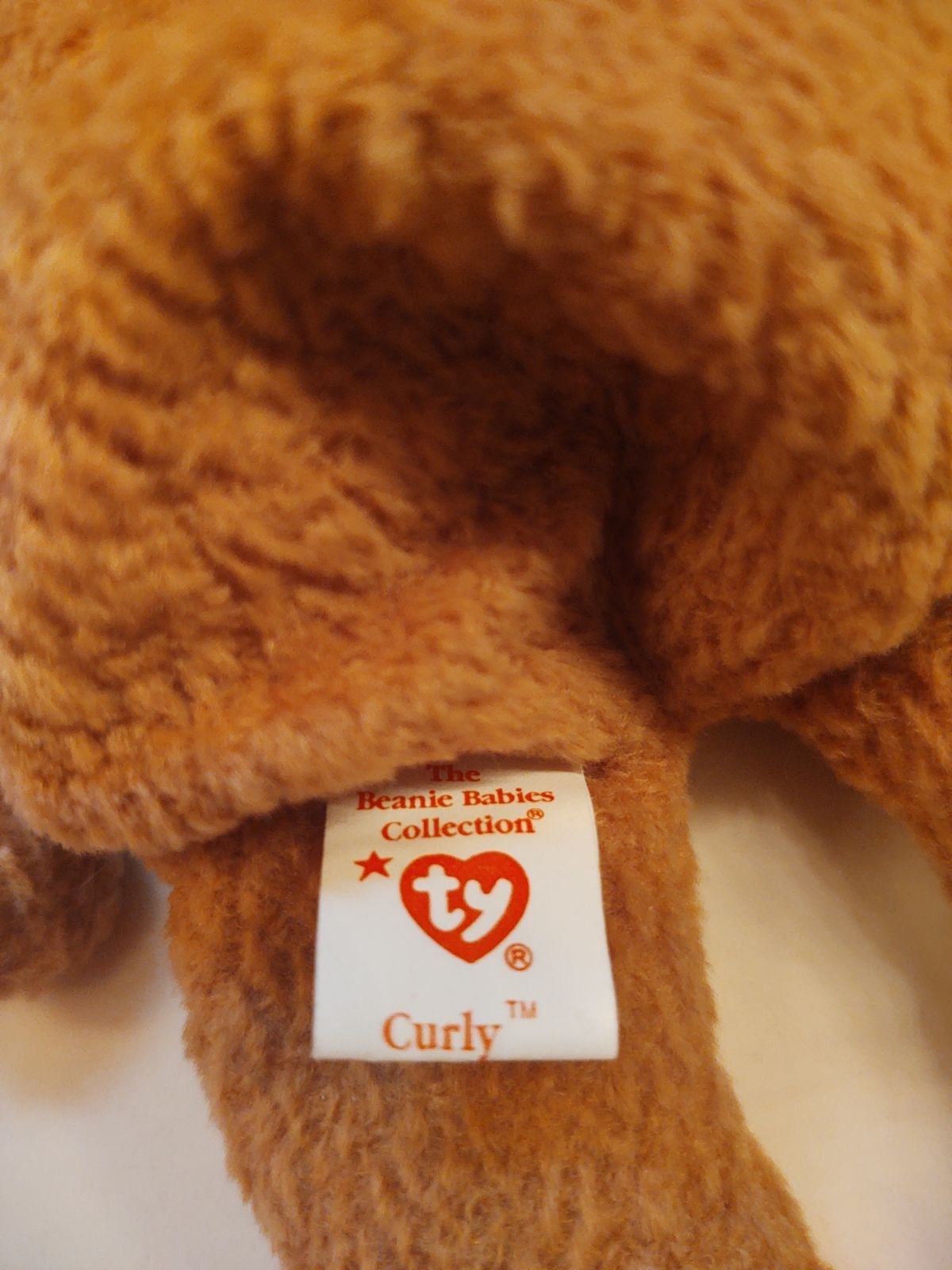 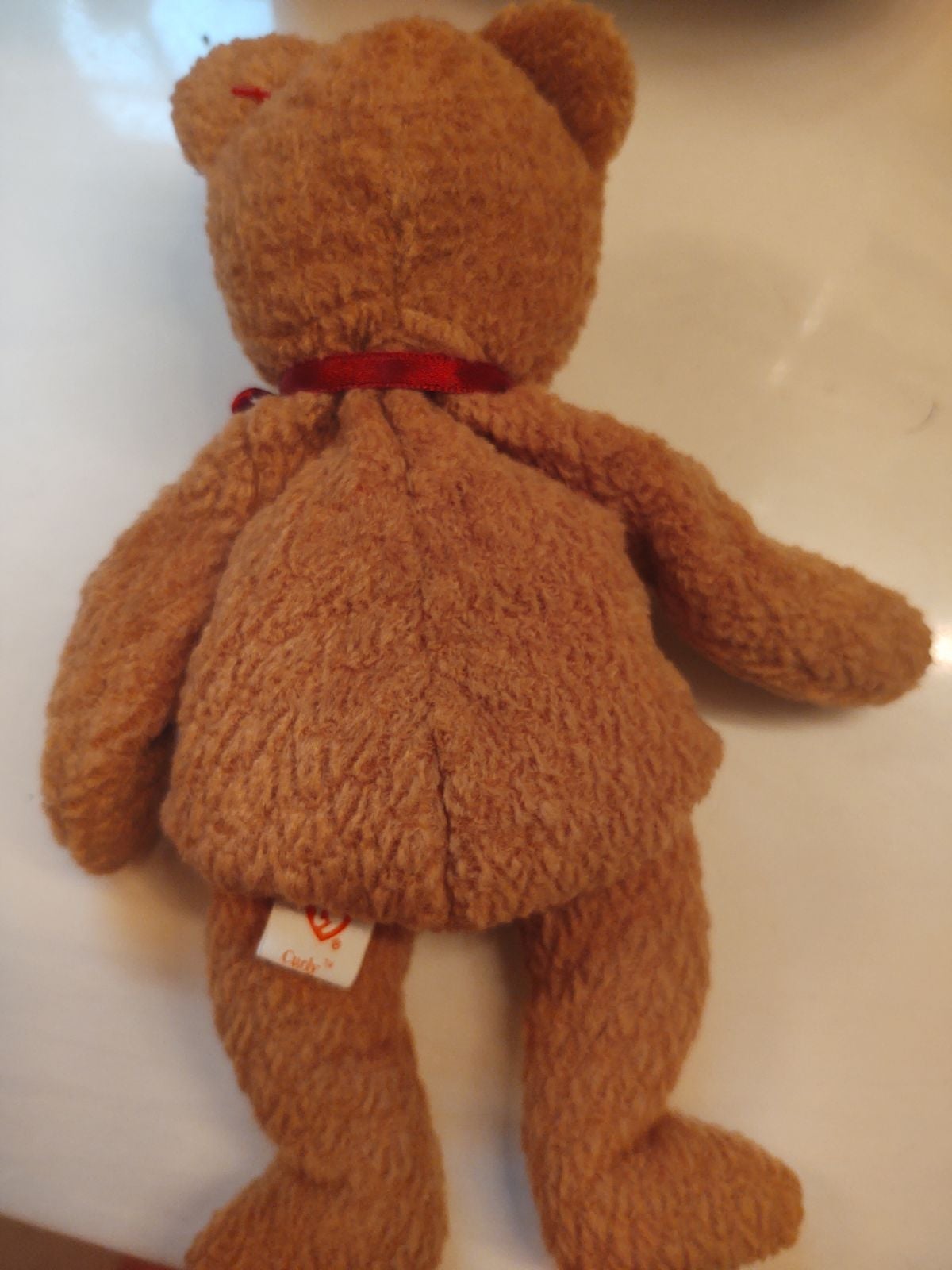 TY Curly Beanie Baby Mets addition. Comes with game ticket and registration (No 17114) card as seen in pictures. Both card and tag have been in protectors since day of purchase. Curly has never been played with and is meant to be a collectors item. This bear has been sealed in a container since day of purchase. This bear will be sent wrapped intissue inside a plastic bag and tissue wrapped around the outside. 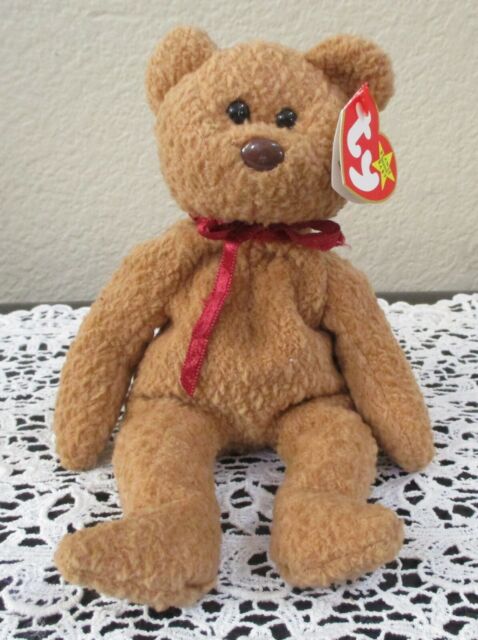 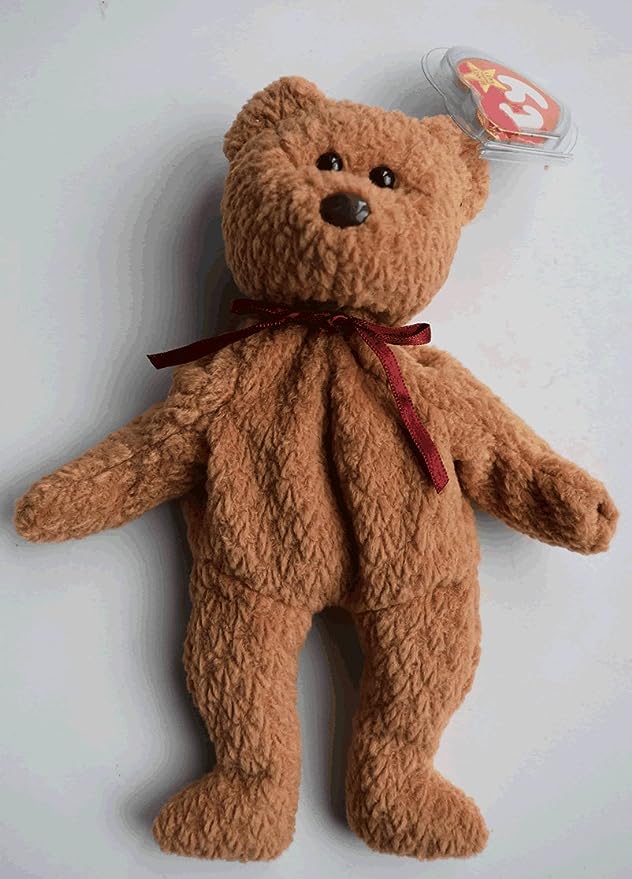 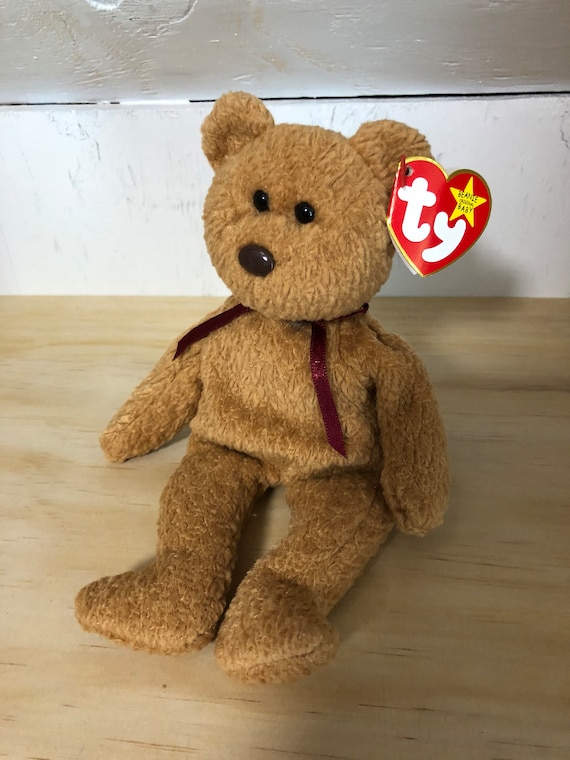 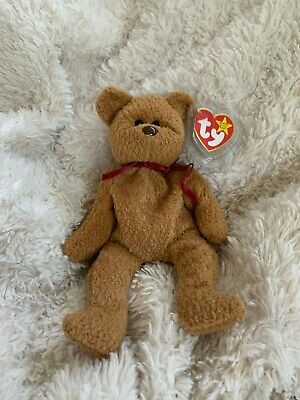 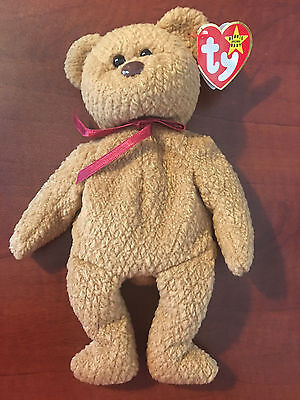 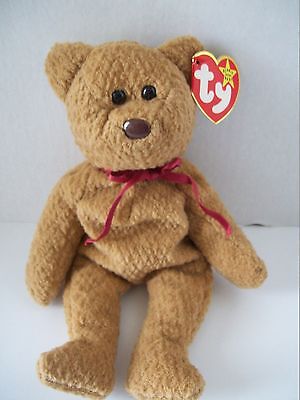 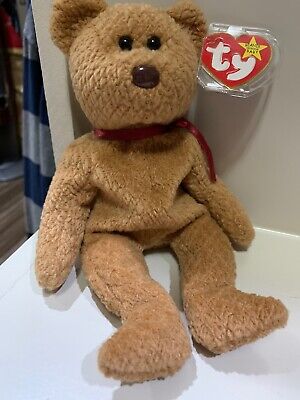 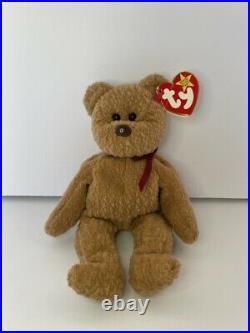 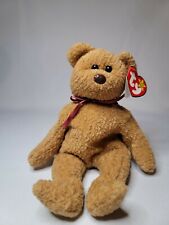 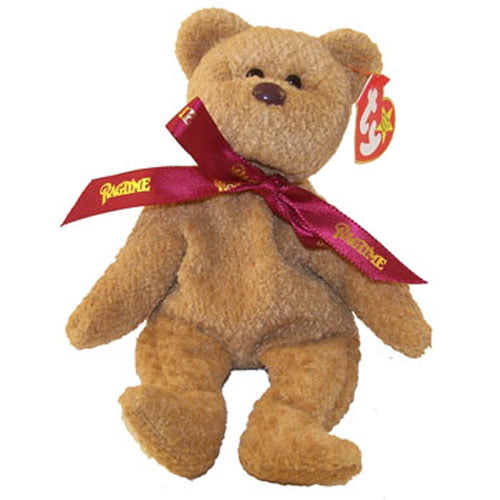 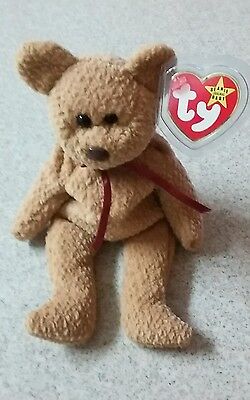 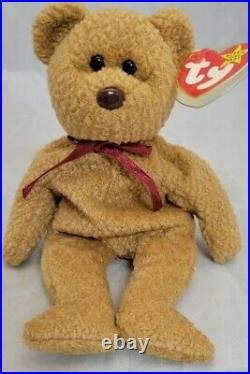 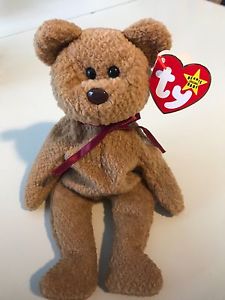 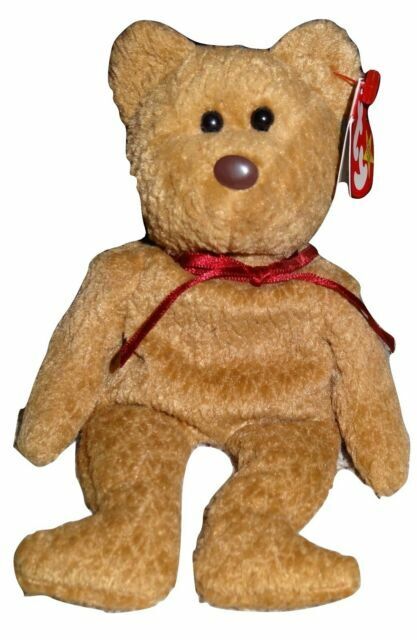 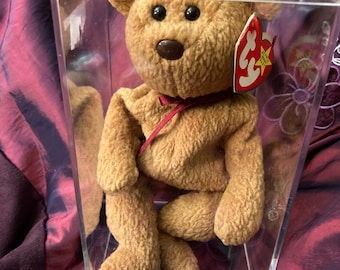 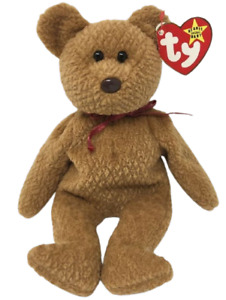